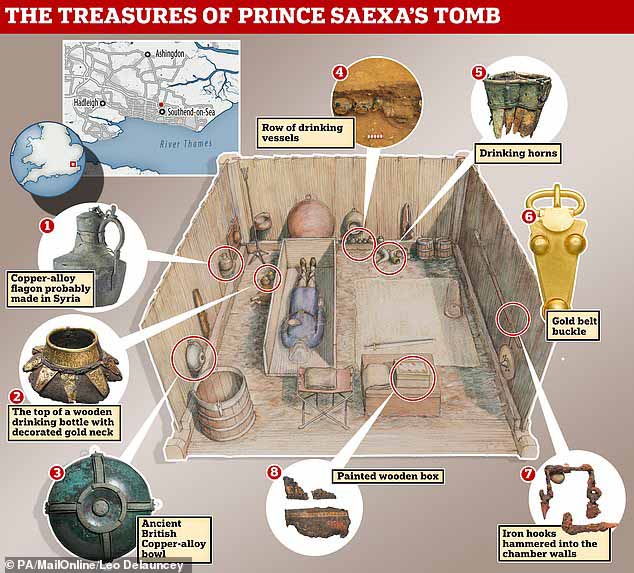 Found next to an Aldi, the 'UK's answer to Tutankhamun's tomb':
Burial site thought to belong to Anglo-Saxon Prince Saexa is uncovered
in Essex in one of Britain's most significant archaeological finds ever
Daily Mail - May 9, 2019


A royal burial site found between a pub and Aldi supermarket has been hailed as the UK's answer to Tutankhamun's tomb. Workers unearthed the grave, which contained dozens of rare artifacts, during roadworks in Prittlewell, near Southend, Essex, in 2003. Tooth enamel fragments were the only human remains, but experts say their "best guess" is that they belonged to a 6th Century Anglo-Saxon prince. It is said to be the oldest example of a Christian Anglo-Saxon royal burial. Now, after 15 years of expert analysis some of the artifacts are returning to Southend on permanent display for the first time. When a team from the Museum of London Archaeology (Mola) excavated the site, they said they were "astounded" to find the burial chamber intact. 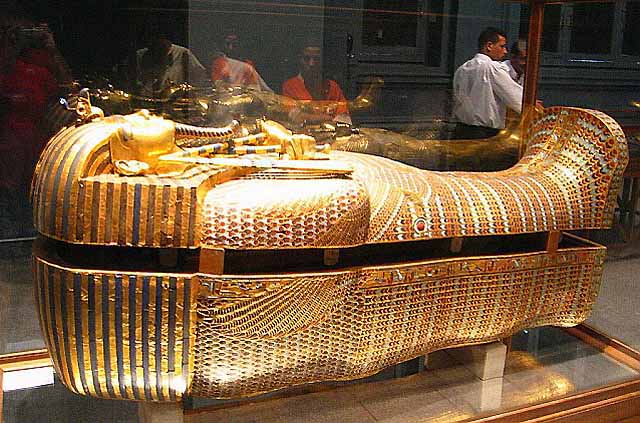