2017 was a big year for Women's Rights after decades of sexual conduct by powerful men in the workplace. It resulted in the firing of men in many industries including entertainment, politics, and business, and continues to ripple out as of this post. Men also came out in defense of women and to tell their personal stories with other men. 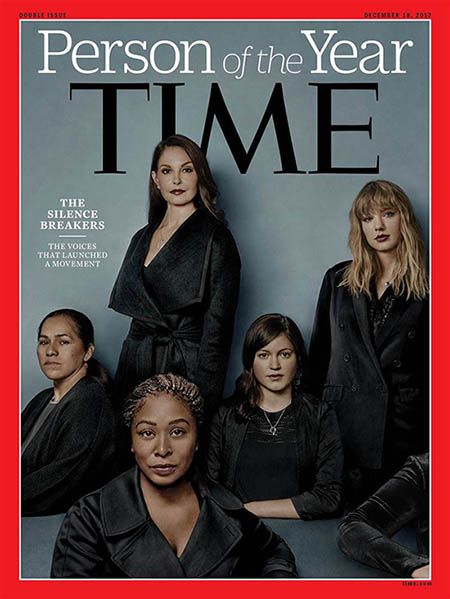 
Why older women will rule the world: The future is female, MIT expert says   NBC - December 6, 2017
If you're a woman with a bit of life experience, you already know youëre the boss. Youëre more likely to drive health care decisions in your family, control household spending, care for millennials and elders, start a business and initiate a divorce. You have the longevity advantage over men. In other words, you rule. But does the world know it? Older women can sometimes feel like theyëre invisible to workplaces and businesses, but they're actually the trailblazers others should be watching, says Joseph F. Coughlin, director of the AgeLab at the Massachusetts Institute of Technology. 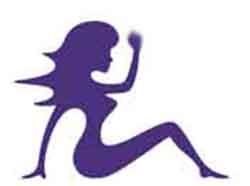 This is not a metaphysical blog about being a priestess or some other topics like that. That doesn't get you very far in today's world as the demand for priestesses is minimal. Let's get down to Earth ... where you dwell in the realm of physical drama.

Protests: Women are marching in major cities around the world in protest of all things that are wrong. You may feel unity with some of their causes and join future demonstrations. Today is International Women's Day 2017 - which this year coincides with a Day Without a Woman - a general strike set up by the organizers of the 2017 Women's March.

The problems that women face are being exacerbated by President Trump's behavior but these issues have always been part of the human equation. Women - like other minorities - are uniting in the quest for equality and the need to make change. Every woman has issues mostly about the unfair practices set in place by society and others since the beginning. As you know - freedom calls to every soul at this time. The strike asks women to not work today in protest of the Trump administration though many will be at work - making a difference such as women in Congress and my daughter Zsia who again addresses women (entrepreneurs) in business.

Decisions: There are some that are compulsory and you have to make accordingly. Hopefully you can at least dictate some of the decisions in your life. Don't be coerced or bullied. Stand up for you rights. Now is the time.

Healing, Helping. Making a Difference ... it's in our DNA Codes. Healing yourself by healing others is an old pattern. It makes everyone feel good, but is it a bandaid on an issues or something long term? That goes to one's programing in the hologram of our reality. The healing industry changes every year with recycled systems - now overly saturated - little money. Don't heal someone if you aren't healthy emotional and physically yourself. You will feel the effects of their negative energies.

Money: More than ever people are burned out but can't afford to quit their jobs. Do the best you can at work and in your free time, if anything, do something for yourself to relieve stress and anxiety. Be careful about investing in a start-up company alone or with a friend - people change. Also we have to see where the economy goes under the Trump Administration which takes us to Health Care and current changes to Obamacare. Many people still work for medical insurance and retirement benefits which hopefully will be there when you retire.

Men 1: Would you believe .... Burned out women are still in the head space that a man is coming along to take care of them without some emotional payback. Hello ..... Men are just as tired as women, often more so, and many don't want to be tied down especially if they've already walked down the aisle ... divorced ... and have financial obligations. If you are looking for a man to take care of you for the rest of your life, think again ... it may come with a price tag that is more than your soul can afford, which is why it's not happening. It's 2017 and the name of the game is Freedom.

Men 2: If you are emailing with someone you met online and making a plan to hook up and live happily ever after without ever having met him ... get a grip. It won't work.

Men 3: Believing that someone has a soul connection to you is not enough to make a long standing relationship.

Men 4: If you live with a man who is not on a spiritual journey with you ... that is the norm. Decide if it is time to move on.

Men 5: Remember our motto: Either it works, or it doesn't.

Gay: You have the same relationship issues as straight women.

Empty Nest Syndrome: Most women plan ahead for the time their youngest child leaves home - though many children in recent years can't afford to move out - or return home. This is an interesting dynamic - and some parents can't wait to be free and others with their children moving at all. If all goes to the emotional issues of parent and child.

College: Take a class. Teach something. Finish in school or online.

Going abroad: Many people transfer abroad for year. Be careful where you go in this crazy world.

Blogging: Go for it especially if you have something important to say . Most people are not professional writers so blogging works.

Community: There is a strong sense of people wanting to live in a place where they can contribute and have a strong sense of community - a place to finally find themselves after of lifetime of feeling disconnected.

Menopause: It doesn't have to be the drama event of your lifetime, and don't do hormon therapy unless you really need it. The average woman is moving through menopause without all the melodrama. This time of their lives shows women who they are emotionally. Women are having their periods much later in life than the old days ... well into their 50's. If you finish in your early 40's find out why ...

Hair: Long and sensual is still in. If you've got it, flaunt it. It's a great accessory.

Cosmetic surgery: Go for it if it will make you look and feel better. When you look good, you feel good.

Stress and anxiety: Increasing globally - so many issues.

Laughter: Lightening up and have fun whenever possible. It really is a great way to heal.


International Women's Day 2017 - Let's go back to the beginning