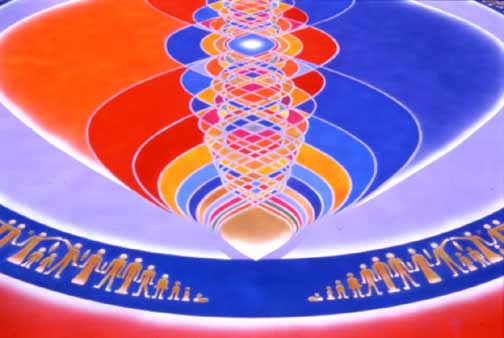 Reality was set up as a bipolar experiment that will always have issues - remember the pattern of abuse and healing.
Stay focused. The purpose of the Marches on Saturday was simple - to unite souls in end times. Stay on point.

Since 9/11 I've blog that the fight for freedom will accelerate exponentially until the end. This is true of everything in the hologram - from the planet's geophysical changes, to those of society, economics, religions, politics, and more, as all systems are broken. They were created that way so as consciousness approaches the end of the experience/experiment souls would awaken and fight for freedom as a race, gender, religion, and mostly as human beings having a physical experience though spiritual (light and consciousness) by design.

My take on the election of Donald Trump had nothing to do with me believing in him, his behavior, nor what he stands for. In that regard I agree with common criticism about him. What I saw in Trump was a catalyst, along with fear, to create needed change thus awakening souls in End Times. Though Trump lies, I believe he is the "one" who brings the final truth about who we are and why we are here. He will probably speak that truth to gain the approval of the world but alas we will evolve out of here - Fade to Black.

Along the way there are other things Trump will unwittingly catalyze such as the protests and marches that took place Saturday in major cities around the world.


Think of the world as a holographic game board whose design swept across the planet ... from the beginning in the Middle East and Africa .... then west into Europe and beyond arriving in the Americas as a final bastion until (intel) the end. It was all based on alchemy and what I call the Masonic Program designed by the Freemasons ... Enter the same souls and patterns but in different subroutines of experience - replete with symbolism to remember and connect when the time was right. That time is now. Think of yourself as having been experiencing in a simulation with triggers of awakening when it is about to end - again it's more physics than metaphysics.


Global protests, marches and rallies will continue as every minority fights for freedom of choice and the right for happiness and to fulfill their "mission feeling". Though I never join in protest movements, I understand and support their causes especially the plight of women and children around the world. Some might say this is the rise/return of the Sacred Feminine going back to old themes I blogged about in the early days of Crystalinks coming full circle (ouroboros).

People ask me all the time, "How can I make a difference?" This is part of every soul's DNA code - activating now more than ever before and propelling souls to find and do things that are meaningful. We live in a time of IT ... gaining knowledge towards some unknown truth we sense is out there with social media sometimes guiding the way.

Organized protests are another way to feel that you've done something important for a cause. As you know the pattern of our reality is about wounds and healing. We are tired of being wounded souls forever stuck in a physical reality that does not allow us to understand truth and how to move past what we believe is real. Program alert -- everyone senses it's all about to change and so it is coming to pass ...which each of us seeing something different.

You may think we can fix things at this level of consciousness but by its very nature physical reality is bipolar and cannot be fixed. You may also believe that you are going to take your physical body and move to a Lala Land reality that is non-physical and exists in peace and light. Not so. To maintain your ego identity you remain in physical chaos. To leave is to be deleted at this level of experience.


Here in the US we have two fractured political parties part of what is causing the lack of positive momentum across the nation. America and her allies worry about the future of democracy. Not to worry. It will soon be over. Feel it. Remember. The Masonic Program, going back to the beginning of creation, is forever changed. Donald Trump is a marker in the grid to that end. The unity he seeks comes in part as a result of his outrageous behavior.

The story of Saturday's March for Human Rights would make a great film or miniseries if there was "time".


Donald Trump and media ... he needs to learn that when you attack others they will attack back one way or another. I know many of you don't believe anything you read in the news and concluded it's all a coverup ... maybe so but there is good reporting out there. Choose your source and follow wherever it takes you. Fake News is something else that will cause not only Trump but others anguish and perhaps lead to lawsuits (deformation of character). Trump vs the Press is a Catch-22 ... but in the end will allow him to tell the truth.


As the concept of our reality as a hologram gets seeded into human consciousness ... Simulation Theory was mentioned on "Hawaii Five-0" Friday night (Inauguration Day) when a character said, "An overwhelming amount of evidence suggests there is a high probability that our reality is just a simulation. We are merely avatars controlled by others (most likely referring to aliens)."

Some people might see this as a possible explanation for Donald Trump becoming president ... as we open up to alternative explanations and orchestrated events. We are moving beyond linear and digital experiences to virtual and augmented reality. 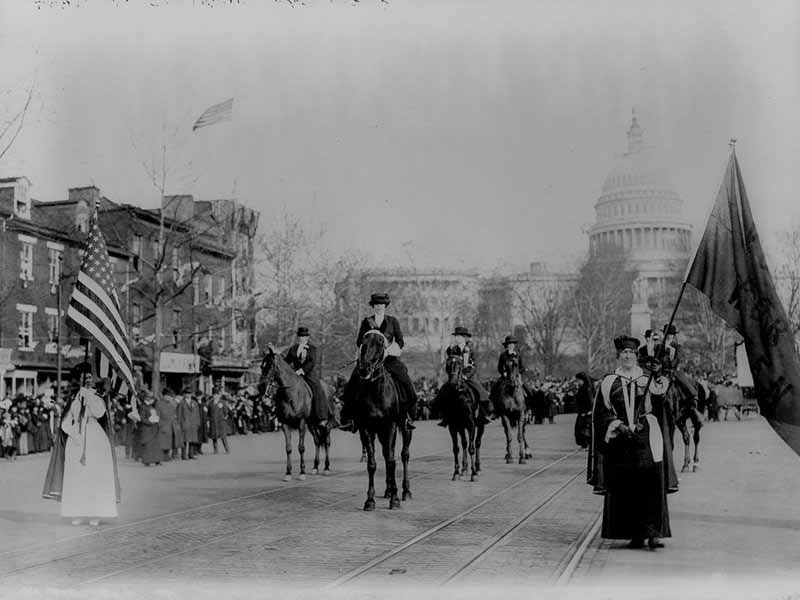 The Original Women's March on Washington and the Suffragists Who Paved the Way   Smithsonian - January 21, 2017
They fought for the right to vote, but also advanced the causes for birth control, civil rights and economic equality. Following on the heels of President Donald Trump's inauguration this Friday, at least 3.3 million Americans gathered for marches around the country, rallying behind calls for a Women's March on Washington - though the rallies ultimately spread to many cities worldwide. In Washington, D.C., alone, crowd estimates were around 500,000, with protestors calling for gender equality, protection for immigrants, minority and LGBTQ rights and access to women's health services.

But it wasn't the first time huge crowds of women turned out to make demands of the government. On March 3, 1913, one day before the inauguration of Woodrow Wilson, more than 5,000 women descended on Washington to fight for the vote. Some came on foot, some on horseback, some in wagons. There were costumes and placards and about half-a-million spectators lined the streets. Among the marchers were journalist Nellie Bly, activist Helen Keller and actress Margaret Vale - who was also the niece of the incoming president (who was by no means an ally of the suffrage movement; he once said women who spoke in public gave him a Ňchilled, scandalized feelingÓ). Despite being heckled and harassed by the crowd, the march was enormously memorable; six years later Congress passed the 19th Amendment, extending the franchise to women nationwide. 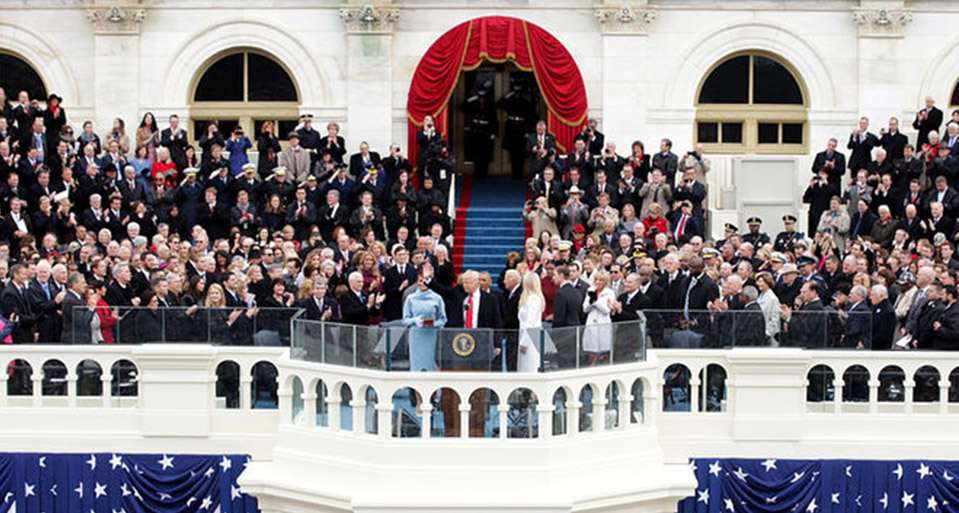