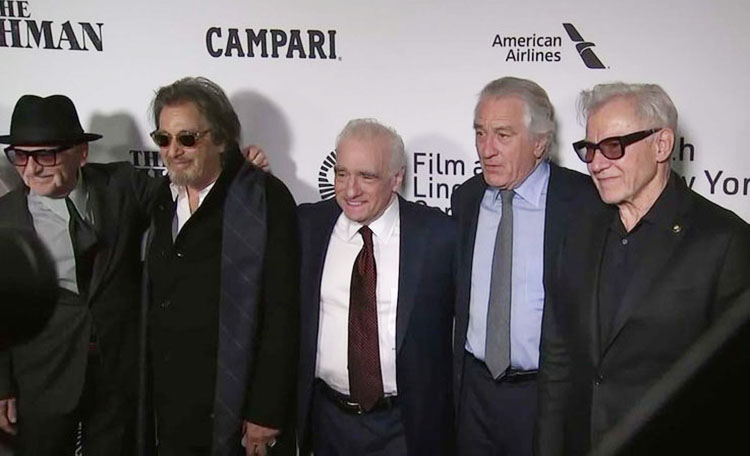 December 2019 - The Irishman is an exceptional film - the performances brilliant.

If you grew up in my generation it was like time traveling into the past featuring actors who are all my age and New Yorkers - including Robert DeNiro (76), Al Pacino (79), Joe Pesci (76), Harvey Keitel (80), producer and directer Martin Scorsese (77). I was hooked the moment the film started with one of my favorite classic oldies ... other favorites and an original soundtrack included. The list of credits at the end want on and on against a black background then Faded to Black.

The film follows Frank Sheeran (De Niro), a truck driver who becomes a hitman involved with mobster Russell Bufalino (Pesci) and his crime family, including his time working for the powerful Teamster Jimmy Hoffa (Pacino). Speaking of vehicles ... lots of vintage cars most of which I recognized by make and model as I always loved cars.

Most of us know about crime families particularly if you live in the northeast going as far south as Philadelphia and continuing all the way to the east coast of Florida where old retired mob bosses sometimes moved if they didn't wind up in jail or dead. Today they seem to prefer the west coast and cities such as Naples.

Women took a backseat to men in those days as the film portrayed. If you were part of that subculture - or subroutine in the hologram - playing the role of a woman - you smoked a lot and basically stayed home and took care of your children while your husband went out and did whatever it is he did and you said little about it.

Men and women had chain-smoking programmed into their experiences and we know how that turned out for most. In the case of the mob - men were often depicted smoking cigars - whatever that symbology represents. I think it means, "I'm the Man. Successful". Today smoking goes to vaping and weed - whatever burns your lungs and yet calms you is what people are going to do.

Watching the way people processed in those years is like watching something foreign as if you were an alien visiting the planet and observing a strange culture with stranger customs. All cultures are changing today because yesterday's programming was doomed to failure so the human experience could evolve/morph into something else. That is still happening and will never stop until the end.

Always the same platforms and algorithms unfold - subroutine after subroutine - producing hierarchies with those in control feeling omnipotent and regularly featured on the world stage. (Putin, Kim Jong-Un, Trump, etc.)

The only thing that sets us apart from the old days is technology - which changes everything. The way the mob and certain unions worked back in the day doesn't work today due to surveillance and in general the feeling of humanity that they are trapped. Nothing dominates more in end times than the desire and knowing it is time to be free.

The film mentioned mob connections to the Kennedys and Nixon - all true but goes to other presidents and whoever got them into office. Politics is always based on secrets and lies which you already know.

Is this any different than Trump's father building an empire in that generation and having connections? Today many see Trump acting like a mob boss along with Rudy Giuliani (75), Paul Manafort (70), and Michael Cohen, who appear as some sort of organized crime syndicate be it in the US or internationally. Like father ... like son ... Trump's father Fred Trump. Donald Trump's college years speak to his being a liar and probably a cheat. The Trump Dynasty hopefully will be taken down in 2020 .....

Tuesday night demonstrations across the country are expected in favor of impeachment on the eve of the House floor vote. Hopefully nothing too chaotic will happen as a restless country stands divided each side not seeing - or excepting - the other's point of view. Wednesday morning the House will convene for a full floor vote on impeachment. Trump will be impeached in the House and will bellow and tweet well into the New Year as things move to the Senate.

No matter what the outcome Trump will not go quietly into the night. 2020 becomes our Game of Thrones. 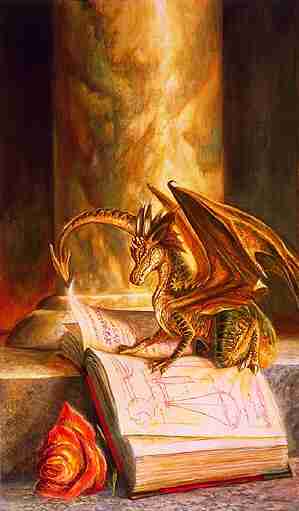 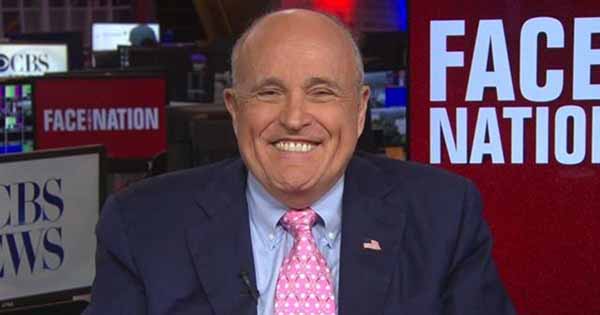 The main players in the film The Irishman are all my age - the 70's. Politically my age group rocks on with real time shake-downs and endless subterfuge. Rudy Guiliani will soon discuss his current trip to the Ukraine though we have learned not to trust him. Other key players my age in the 2020 political drama include: Trump, Bloomberg, Biden, Bernie, Pelosi, Schumer, McConnell among others.