The Temple of Isis at Philae 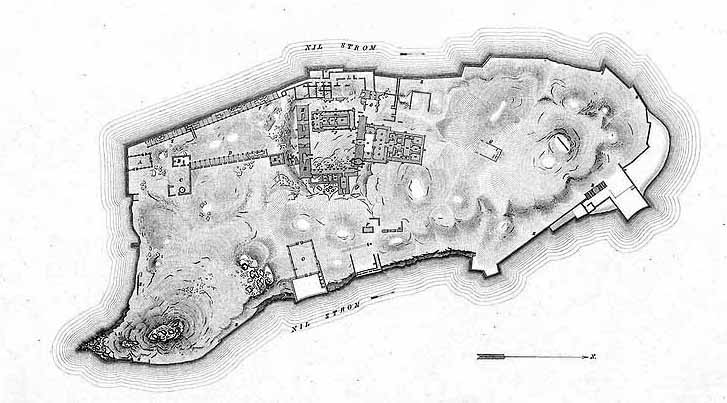 Map of Island of Philae with floor plan of Temple of Isis. 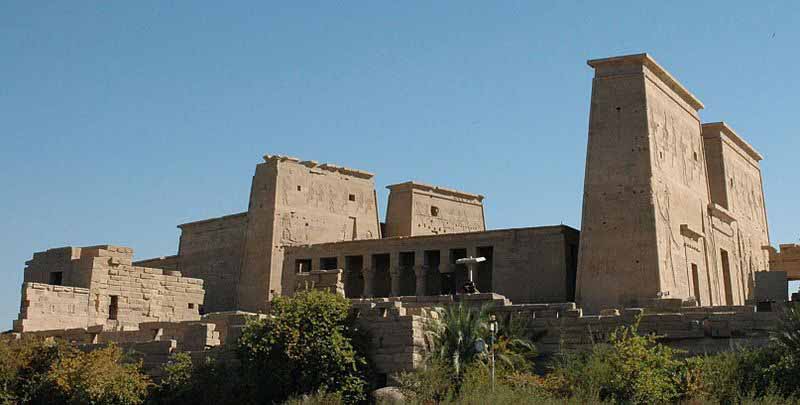 The Temple of Isis at Philae, with pylons and an enclosed
court on the right and the inner building at left 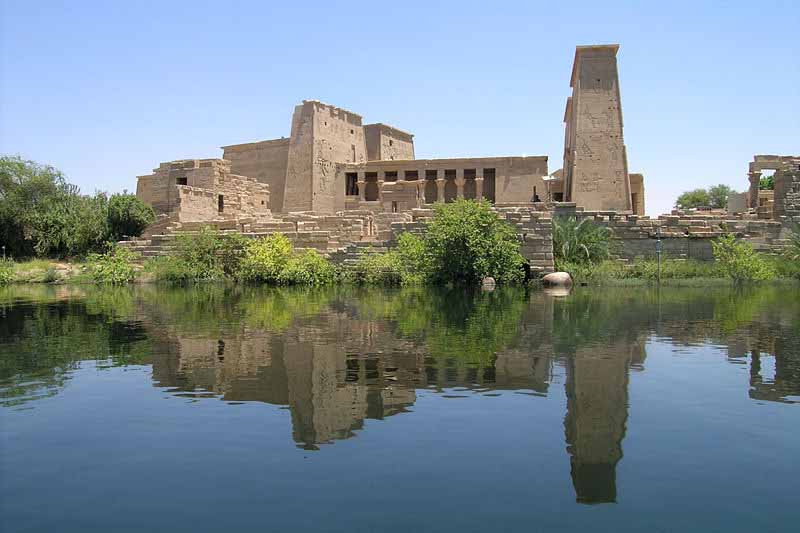 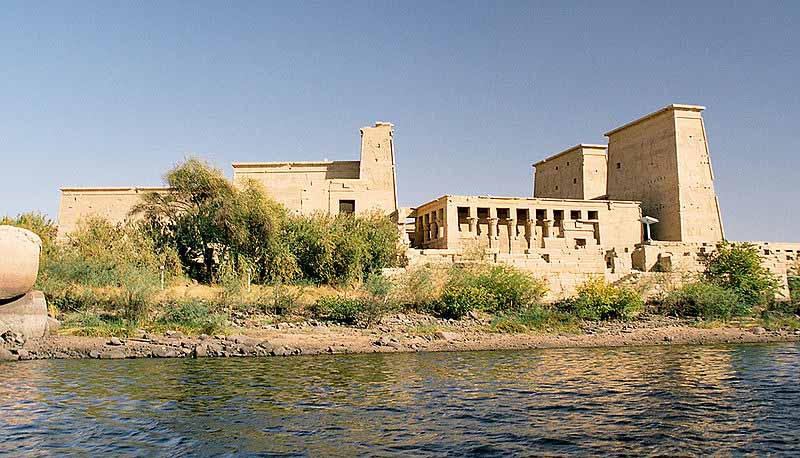 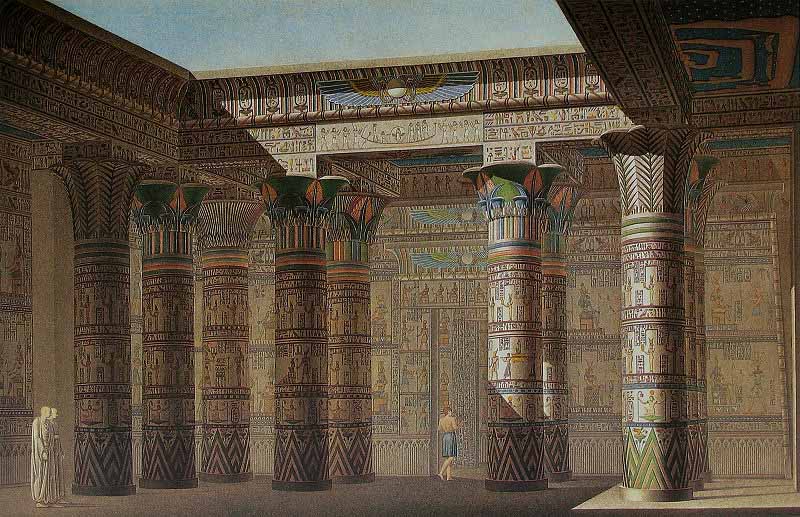 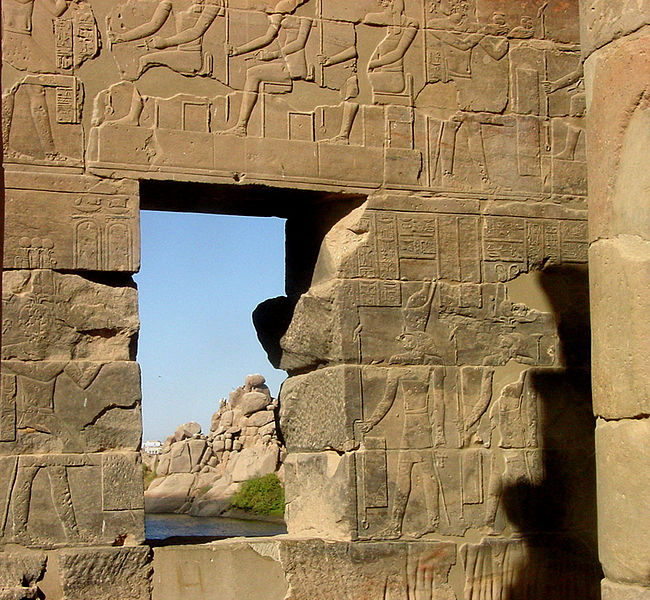 Temple hieroglyphs on stone at Philae


Philae is an island in Lake Nasser, Nubia. It was formerly an island in the First Cataract of the Nile River and the previous site of an Ancient Egyptian temple complex in southern Egypt. The complex was dismantled and relocated to nearby Agilkia Island during a UNESCO project started because of the construction of the Aswan Dam, after the site was partly flooded by the earlier Aswan Low Dam for half a century.

Philae, being accounted one of the burying-places of Osiris, was held in high reverence both by the Egyptians to the north and the Nubians (often referred to as Ethiopians in Greek) to the south. It was deemed profane for any but priests to dwell there and was accordingly sequestered and denominated "the Unapproachable".

It was reported too that neither birds flew over it nor fish approached its shores. These indeed were the traditions of a remote period; since in the time of the Ptolemies of Egypt, Philae was so much resorted to, partly by pilgrims to the tomb of Osiris, partly by persons on secular errands, that the priests petitioned Ptolemy Physcon (170-117 BC) to prohibit public functionaries at least from coming thither and living at their expense.

In the 19th century AD, William John Bankes brought the Philae obelisk on which this petition was engraved to England. When its Egyptian hieroglyphs were compared with those of the Rosetta stone, it threw great light upon the Egyptian consonantal alphabet.

The islands of Philae were not, however, merely sacerdotal abodes; they were the centres of commerce also between Meroe and Memphis. For the rapids of the cataracts were at most seasons impracticable, and the commodities exchanged between Egypt and Nubia were reciprocally landed and re-embarked at Syene and Philae.