A 'Sweet' Email From a Crystalinks Fan

Thank you for your insightful stories, essays and articles which taught me so much. I've wanted to share for awhile how I came upon Crystalinks. If you have a few minutes, here goes!

In April 2012 my husband, Tim, and I were on Texas round-a-bout road trip - from Fort Worth where my brother and wife live, to the Houston countryside for a wedding, to San Antonio to revisit the place we had moved in our young married days, then on to Austin to stay a night with our daughter's friends. Anyway, the day we were to depart Austin, Tim's brother called and told us our standby flight out of DFW was full and to take our time driving back to Ft. Worth. We always head to the water in any town we visit and as it happens Austin has a fine riverfront.

Crossing a bridge we stopped to observe a huge copperhead snake swimming below us. A local man also stopped remarking it was the largest snake he had ever seen in his Texas life! After learning we were hanging around town trying to entertain ourselves, he urged us to visit the University Natural History Museum so off we went!

In the vast empty hall of stones and bones, at the far side of the room, Tim and I studied the various crystals, asteroids, and gems. We were alone in there on a quiet Tuesday morning when into the room walks a disheveled sort of fellow, silver case in hand. He makes a beeline for us and opens his case, then explains he's there to meet up with a professor to see if rocks he found in West Texas were from an actual asteroid and could be worth thousands of dollars or were of little value.

Then in a river of questionable stories, he went on to tell us of how he was descended from Thoth, and had a small pyramid in his yard. We listened with politeness and interest.

He repeated told me, "You are a child of the light, search out the 'Emerald Tablets of Thoth'," which somehow sounded familiar. On further thought I realized I had read in a book twenty years (almost exactly) earlier called "Profiles in Wisdom - Native Elders Speak about the Earth", where Oh Shinnah a woman shaman through Apache, Mohawk and Iroquois lines teaches a meditation of Thoth's Tablets.

I bid farewell to the friendly, odd stranger, wished him good luck with his asteroids and moseyed through the gigantic skeletons. Alone at the other end of that room, minutes later he reappeared at my side and handed me a heart shaped asteroid-looking rock (worth nothing or thousands) and compelled me once more to search out the "Emerald Tablets of Thoth".

One Google query later, I'm a lifelong fan of Crystalinks!

I'm so happy we got stuck in Austin that day! 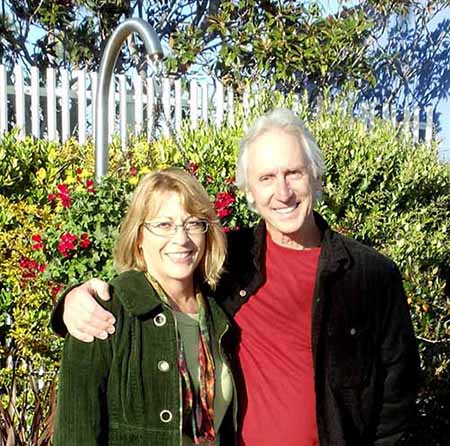 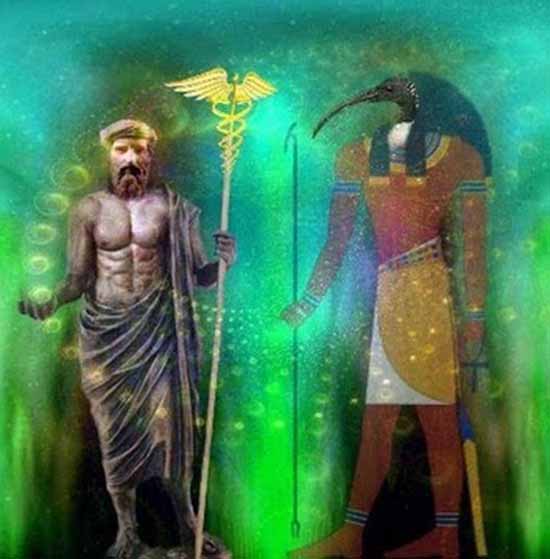