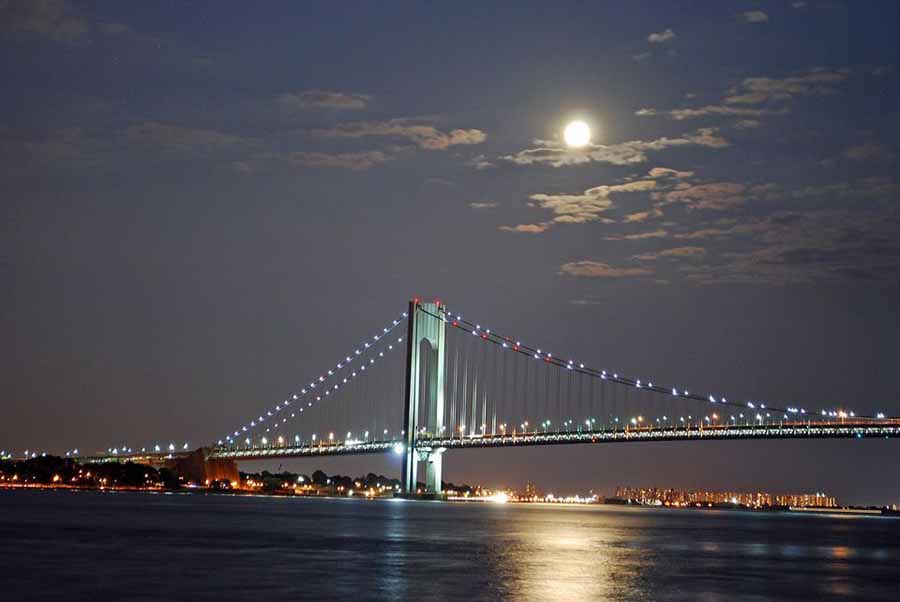 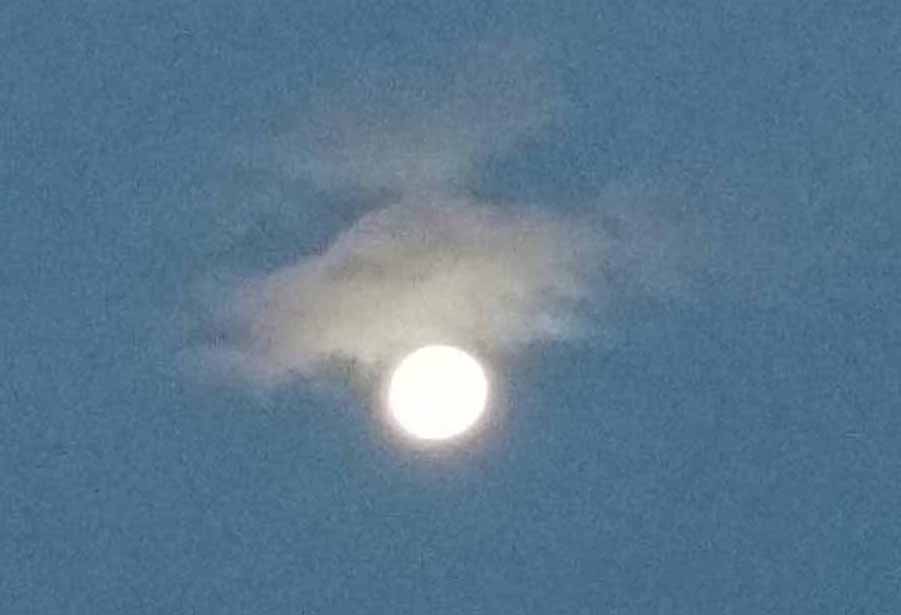 Spooky Full Super Moon over the Verrazano Bridge ... Halloween is two weeks away.

The October 16 Full Moon kicks off three straight months of supermoons - you can also catch them on Nov. 14 and Dec. 14. The November moon is set to be a real show-stopper: According to NASA, it is "not only the closest full moon of 2016 but also the closest full moon to date in the 21st century." It won't be this close to Earth again until 2034. To be continued ...