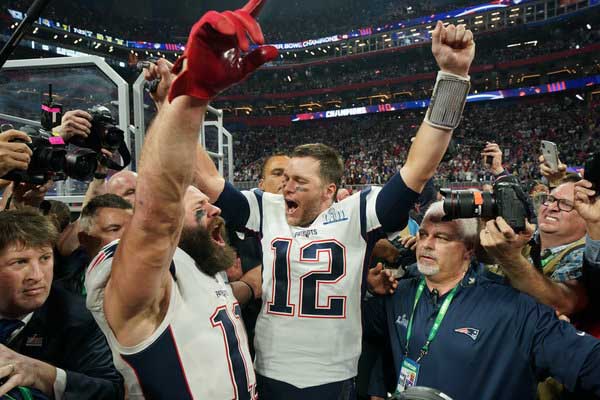 Super Bowl LIII was a game of defense with the lowest score in Super Bowl history - the Patriots winning 13-3 over the Rams with other records set. As I generally sleep from 9:00pm - 6:00am - by half time I was drifting off while my DVR recorded the game. Since I'm not a fan of Adam Levine I decided to close my eyes and take a little rest, Z (spirit guide) assuring me he would wake me when the game was ending. So I turned off the TV and drifted off. 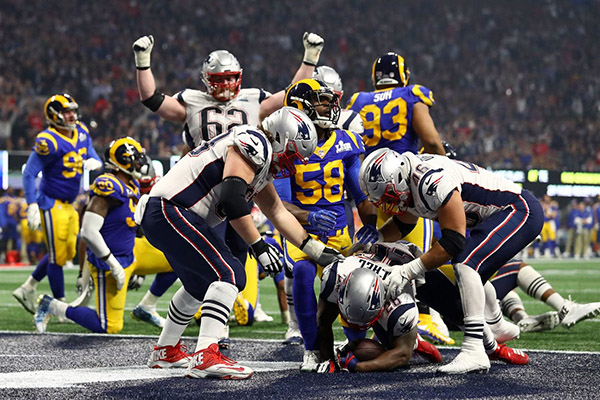 I'm not exactly sure what time it was when he woke me (is there a reality metaphor here) - and told me to put on the end of the game. The first thing I noticed was the Rams had tied the score but Z wanted me to see the Patriots score the only touchdown of the game. And there was ... as the clocked ticked away ... the Patriots winning their sixth championship in the last 18 years tying the Steelers for the most Super Bowl Championships in NFL history. 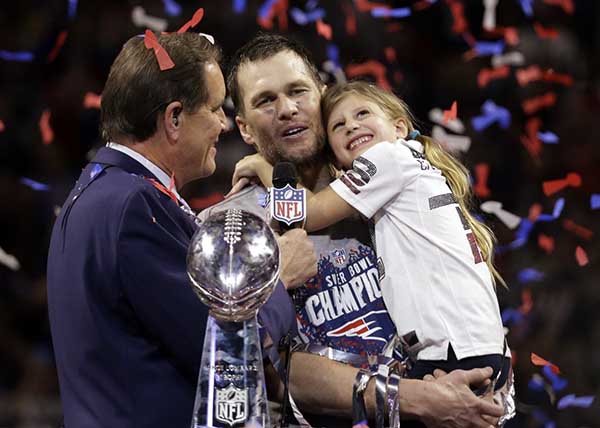 Tom Brady has now won more Super Bowl championships than any other quarterback in history. I took great delight in watching him holding his daughter after the game as that visual had come to me before the game started and I knew the Patriots were going to win. Time to go back to sleep embracing the moment when Tom Brady (#12 a keynote number in this reality) and Z came through for me again. In the end Z will not disappoint. Zzzzzzzz ....

An Astrologer once told me that the weeks before your birthday can be difficult allowing you to delete from your life that which should not be brought into your new year. This reminds me of the 9 year in Numerology. In the end, tools of divination are food for thought, but as to what happens from birthday to birthday and cycle to cycle, is always based on your programming.