As we are learning, mental illness strikes people in all walks of life, all age groups, regardless of the help they receive. It goes from the craziness and violence that permeates the grids to explosive situations where one can no longer tolerate physical reality. Untreated mental illness has many dire results. It is genetic as you know. Many people contemplate suicide but never let on nor act on it.


Suicide rates are up. Whatever reason we believe people commit suicide it is always part of bipolar depression and other extreme mental illnesses where the person can no longer cope with life. They may have the worst of lives or the best of lives but something triggers in the brain and they are gone. No one just suddenly commits suicide. It is carefully thought out ... sometimes attempted ... usually played out over and over again in the mind of the person until one day it happens! The victim ... who is a victim of our programming ... always leaves behind collateral damage including those who loved them - family, friends, co-workers, others and unfinished business.

As spirits in another reality, those who have committed suicide most often find peace. The metaphysical karmic theory that they are going to come back and play out the same issues over and over again is false.. There is always regret for those they loved who got left behind and now must suffer, often wondering what they could have done to help the person who died. Spirits tell me how they tried to find a cure but alas they could not, hiding the truth and draining their energies. They carry with them secrets of experiences they had here that they never shared. Sometimes that information is revealed when I do a reading with a loved one - other times it is never known - a suicide note unable to express everything the person went through. At the end of the day ... it's about the journey one's life is program to follow ... so never feel guilty if you know someone who committed suicide and you think you might have made a difference.

Humans lost their powers somewhere along the line of creation, becoming fragile creatures, often encoded for depression, mood swings, anxiety, panic, more, as they go through life. You don't suddenly get mental illness. It's there in one's genetic code from the beginning, highlighting between ages 19 and 20.

Everyone will Go as they are programmed. In one big Suicide Moment, if you will, the Simulation will Fade to Black alleviating the pain and suffering of the human experiment with no collateral damage. 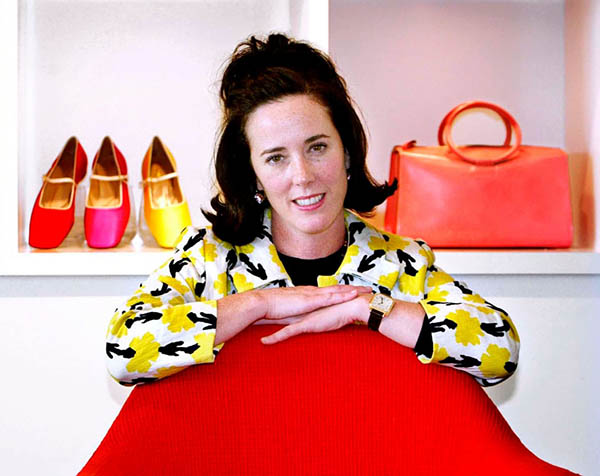 
On June 5, 2018 designer Kate Spade hung herself in her NYC apartment leaving behind a suicide note for her 13 year old daughter, Bea, who will need years of counseling to get over it, if ever. Should Be also suffer from depression, her life will be further complicated. Spade was founder and former co-owner of the designer brand Kate Spade New York identifying a market for quality stylish handbags which quickly became popular due to their sophistication and affordability. 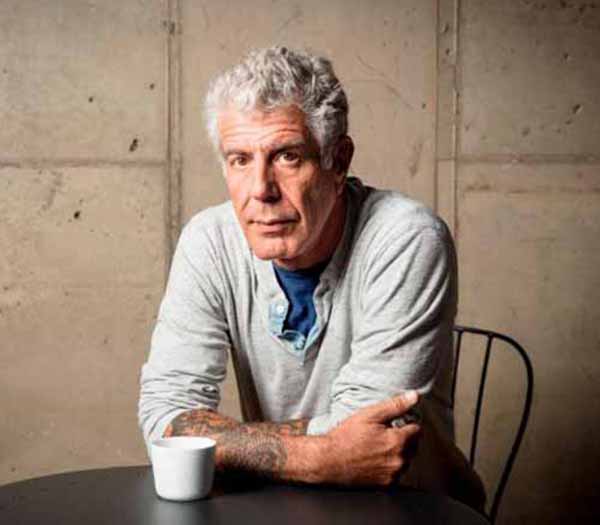 Anthony Michael Bourdain was a charismatic American celebrity chef, author, travel documentarian, and television personality who starred in programs focusing on the exploration of international culture, cuisine, and the human condition. He was considered one of the most influential chefs in the world by many commentators.

Bourdain was a media pioneer who broadened what we see on television. Food was a conduit that drew you in and taught you about the interactions between people, the emotions and cultural connections as food often represents nurturing and something special that connects everyone.

Bourdain was a 1978 graduate of the Culinary Institute of America and a veteran of numerous professional kitchens in his career, which included many years spent as executive chef at Brasserie Les Halles in Manhattan. He first became known for his 2000 bestselling book Kitchen Confidential: Adventures in the Culinary Underbelly. His first food and world-travel television show was A Cook's Tour, which ran for 35 episodes on the Food Network from 2002 through 2003. In 2005 he began hosting the Travel Channel's culinary and cultural adventure programs Anthony Bourdain: No Reservations (2005Đ2012) and The Layover (2011Đ2013). In 2013, he switched to CNN to host Anthony Bourdain: Parts Unknown. Though best known for his culinary achievements and television presentations, along with several books on food and cooking and travel adventures, Bourdain also wrote both fiction and historical nonfiction. Read more


Let's look at Ariana Grande. Ariana Grande says she struggles with PTSD following the suicide bombing that killed 22 people at her 2017 concert in Manchester, UK. Underlying PTSD, as I've come to learn with my clients and others, was always a predisposition for mental illness most likely depression as we find with many performers. Recently I read that Kanye West said it's terrible to deal with bipolar disorder. We know he self-medicated for many years and for some reason refuses to stay on his meds. My guess would be he loses his creativity when medicated. Collateral damage could at some point be the distraction of his marriage.


Let's look at Roseanne Barr's behavior which continues to cause harm to her and those she knows and works with. Substance abuse, mental illness, mixing the wrong drugs, being out of control, opens the door for people to express what they inwardly believe. Roseanne had admitted to making a mistake with meds on the night she tweeted ... what could be her downfall moment. She is apparently trying to make restitution for a tweet directed at former Obama White House adviser Valerie Jarrett. Roseanne has had many breakdowns and is unstable so one could expect she would break again. This was the moment she self sabotage not only her life but that of others.

There are those who need social media as an outlet for their outrage. They will tweet or post things when they are out of control then realized later it was a mistake ... but was it a reflection of their personal truth or conditioning? Does an apology really suffice when so much harm has been done? I doubt it. It just shows that the person is crying out for help. Roseanne should not have returned to the TV series. The pressure is just too much for her. I've read that they're looking to do a spin-off series starring Sarah Gilbert. I didn't like the show with Roseanne because I couldn't handle her energies and I doubt that I would watch a spin-off though I am a fan of Sarah's on The Talk.


Another example of someone who tweets and speaks without thinking is Trump. Like a young child who speaks without a filter - he uses uncensored words causing pain to others. When his lies come to the surface ... what does he do? What other people with mental illness often do ... they divert to another topic filled with different dramas. "Drama" is the key that keeps them going. Trump is known as a bully but underneath it all, to use his word, he's a pussy, deleting anyone who challenges and/or confronts him. To say he's delusional is to say the least because he believes he's doing the right thing for himself first and for the country in general. Delusions of Grandeur is the expression. Like others with his issues he never stops to look at the collateral damage he causes. The same can be true for others who commit suicide or continue to inject/project their personality disorders on others. Sooner or later something's going to break.