2019 Spin on the Fate of Social Security 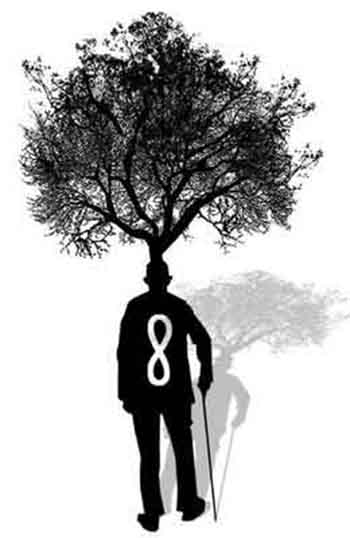 For as far back as I can remember people told me that when I reached retirement age there will be no more money for social security and yet that hasn't come to pass - so far.

I can't imagine how most of the retired people I know will be able to survive with reduced Social Security checks in 2035 - assuming we and reality - still exist.

We are also reminded of the 2008 economic collapse when 401Ks that helped support retirees depleted. I remember seniors taking jobs in local stores like Home Depot and Walmart just to pay bills. Then things recovered financially - or did they - while many seniors suffered with physical problems after having returned to work when their minds and bodies could no longer handle the stress - which as we know is part of most jobs.

Today my clients from the corporate sector continue to leave due to the pressures of the job, being downsized, and more. In an all-to-familiar pattern, many continue the mantra: "I only want to work at something that is meaningful, helps others, and makes me feel I'm following the right destiny".

People who are burned out or have little resources - always tell me they totally understand the nature of the economy. It's like they are all plugged into the same part of a Switchboard where all they can see is an echo of what they're going through happening on a national or global scale. When it doesn't happen - they push the date up another six months and then another. It reminds me of the psychics who will tell their clients they will meet the perfect partner in six months and when that doesn't happen they will move the date up another six months or perhaps a year. Strange programming.

What can you do when the philosophies and programming of the others make no sense? Nothing. Continue on knowing that nothing is set in stone and all is subject to change long before 2035. Hang tough fellow seniors a lot is going to happen between now and 2035 including the duration of this reality.


Social Security won't be able to pay full benefits by 2035   CNN - April 23, 2019
Some new flashing red lights about the future of Social Security: An annual government report released yesterday says Social Security's trust funds will be tapped out by 2035. That doesn't mean retirees will no longer get checks by then. But it does mean Social Security will only have enough funds to pay people three-quarters of their benefits when they retire. The trustees of Social Security urge lawmakers to come up with a fix for this looming problem, but so far, Congress has been hesitant to address the issue because it would likely involve cutting benefits, raising payroll taxes or both. Also, President Trump has said he won't touch Social Security.