I photographed the Queen Mary 2 as it made its maiden
trans-atlantic voyage into New York Harbor arriving here April 22, 2004.

Late this afternoon I went to the promenade near my home to watch the ocean liners on their way to various destinations. While sitting on a bench I met the nicest couple - Kathy and Jim from Bay Ridge - my age - whose friends were on the Queen Mary 2 sailing off to England and beyond. We waved and took pics - sent texts - then sat and talked until the sun set. It's all water under the bridge. 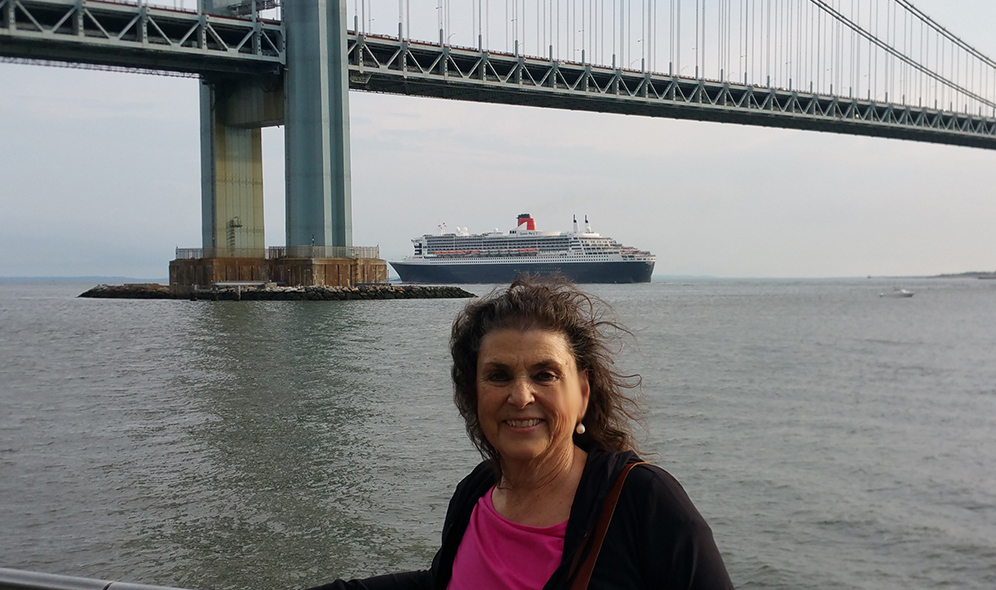 Jim took this extreme close-up as Kathy laughed and said I have a ship above my head. Maybe it was another kind of ship? (wink) 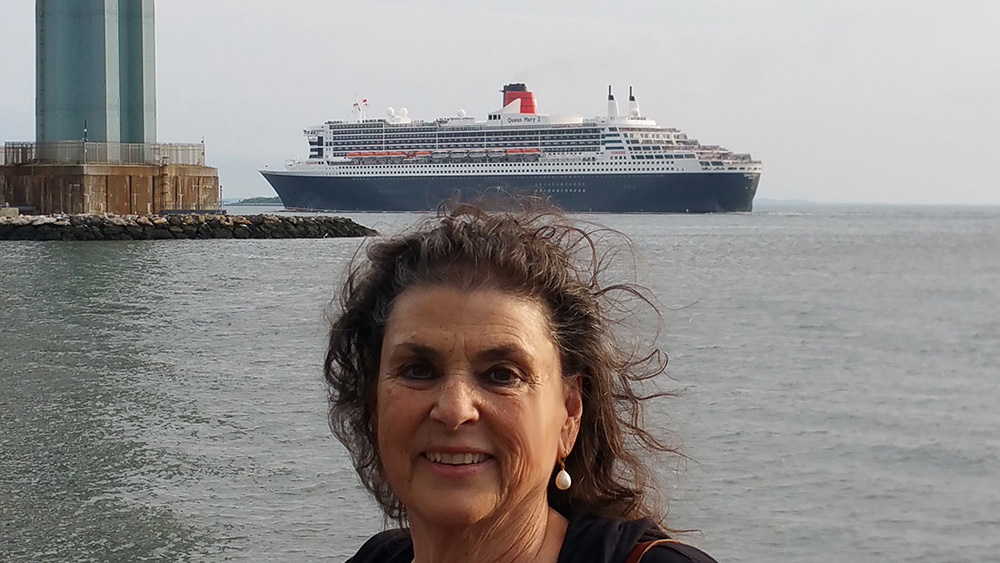 
The X-Files ~ All the Ships 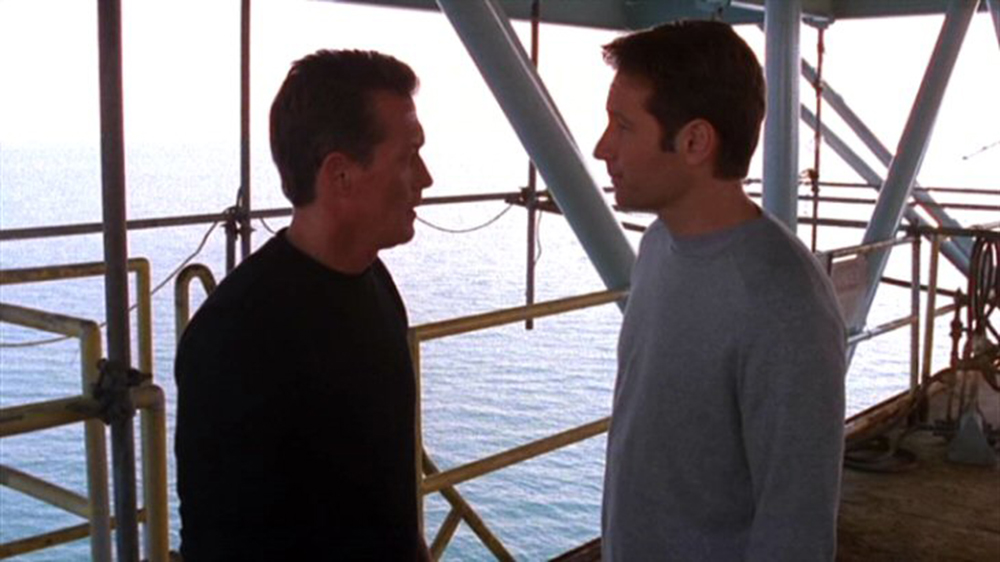 Last week The X--Files started filming Season 11 in Vancouver. The show will have fewer mythology episodes as they have all been rehashed too many times. Let's get to alien agendas and dissemination.

I still record the old shows that air locally, again only watching episodes about aliens. In the latest rerun, agents Mulder, Scully, and Doggett investigated an oil rig in the Gulf of Mexico. The episode was a series milestone, and featured the last appearance of the alien black oil before the series finale. The episode's title "Vienen" is a Spanish word meaning "they come" or "they are coming". Read more