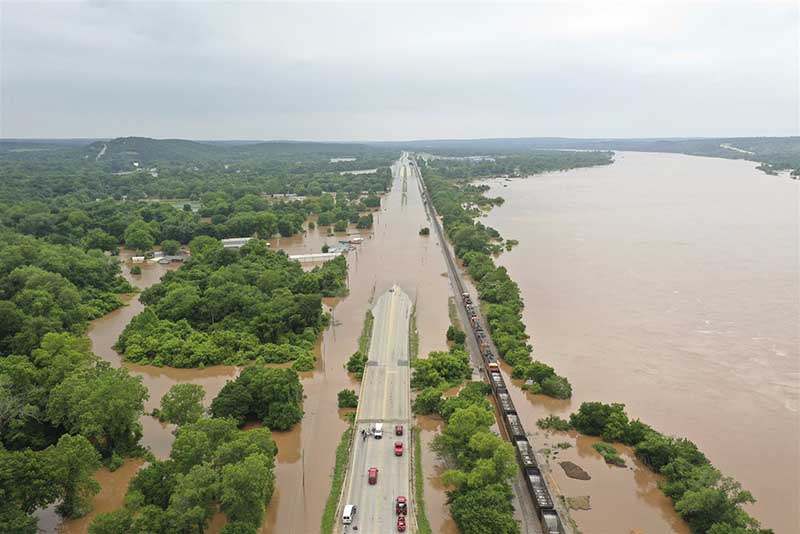 I've been blogging about severe weather across the planet for years increasing exponentially as we move towards closure in the algorithm of reality. Severe weather always reminds me of flood stories and the closing of a cycle in time. Generally we read about flood stories giving way to the next cycle but that's just myth and there are no other cycles in the illusion of time. Most flood stories are soul triggers that end times are here no matter where you live. They have been predicted throughout the journey of humanity so please pay attention.

More than 500 tornadoes have been reported in the past 30 days. This is followed by images of flooding across the midsection of the country. Flooding not only destroys homes but creates an environment where diseases can breed. I saw a woman on the news in Oklahoma who said through her tears, "I've lost everything ... again." I know they say you can rebuild but what if you don't have insurance or a back up plan? You suddenly become a refugee in this country already overrun by illegal immigrants. This is a no-win situation no matter who is affected.

I blog a lot about earthquakes increasing exponentially which also have severe side effects disrupting the plate tectonics, volcanoes, and life as we know it on planet earth. Something I haven't mentioned in reference to earthquakes recently is that they are moving inland to populated areas so anything can happen anywhere. Years ago people would write to me and say there's always lots of earthquakes but they're basically in the oceans. Well that's all changing

We know fracking in Oklahoma has created ongoing swarms of earthquakes ... now compounded by tornadoes and flooding. Is there any place that is safe from climate change and natural disasters in the continental United States? No one is safe no matter where they live in the world. It certainly is a lesson in not putting too much emphasis on tangible items in your life and more on survival.