On 24 February 2022, Russia began a military invasion of Ukraine, in a major escalation of the Russo-Ukrainian conflict that Russia launched in 2014. Internationally considered a war of aggression, it is the biggest assault on a European state since World War II causing the largest refugee crisis in Europe since World War II. Read more. The world worries that this will escalate into WWIII and the destruction of humanity as we know it.


The Roles We Play 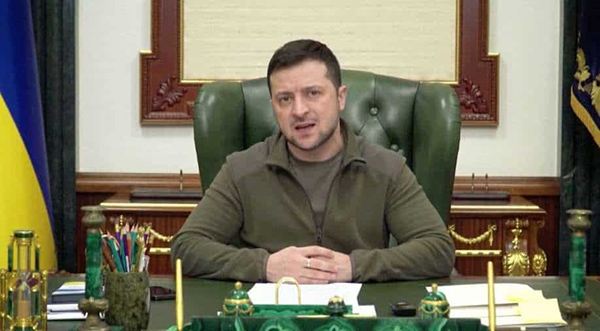 Volodymyr Zelenskyy has become "the world's greatest actor" in a real-life struggle between good and evil who understands that he has a role to play - the greatest of his lifetime - and he will play it to a standing ovation. He has represents his country symbolizing something larger than himself. Once you enter a role of that magnitude you have a responsibility to people and country until the end no matter what.

Zelenskyy is in the right place at the right just as Rudy Giuliani was on 9/11. I was never a Giuliani fan even when he ran things here in NYC. I see Zelenskyy as a "colorful character" playing out his role in our bipolar simulation which always has antagonists and protagonists to keep things controversial especially for those who love to argue. The same could be said for the rest of the ridiculous political leaders who are programmed to come into office and create chaos. Remember ... it's always about studying human emotions. Chaos rules until the end.

Wednesday March 16, 2022 - in a virtual address to the US Congress Volodymyr Zelenskyy invoked 9/11, MLK and Pearl Harbor Day in a bid for help for his country.

People always ask me what their mission is in life ... sensing something greater than who they have been to that point. Every once in a while someone has been programmed to highlight in the simulation and take people to the next ... this is the case for "Z".


Blowing In the Wind


Bay Ridge, Brooklyn March 8, 2022 - They're putting up a new apartment building on the next block. Today one of the members of the construction crew hung the flags of Ukraine and US in solidarity - easily visible from above as planes fly over. The blue and yellow Ukrainian flag faces the Statue of Liberty not far away. 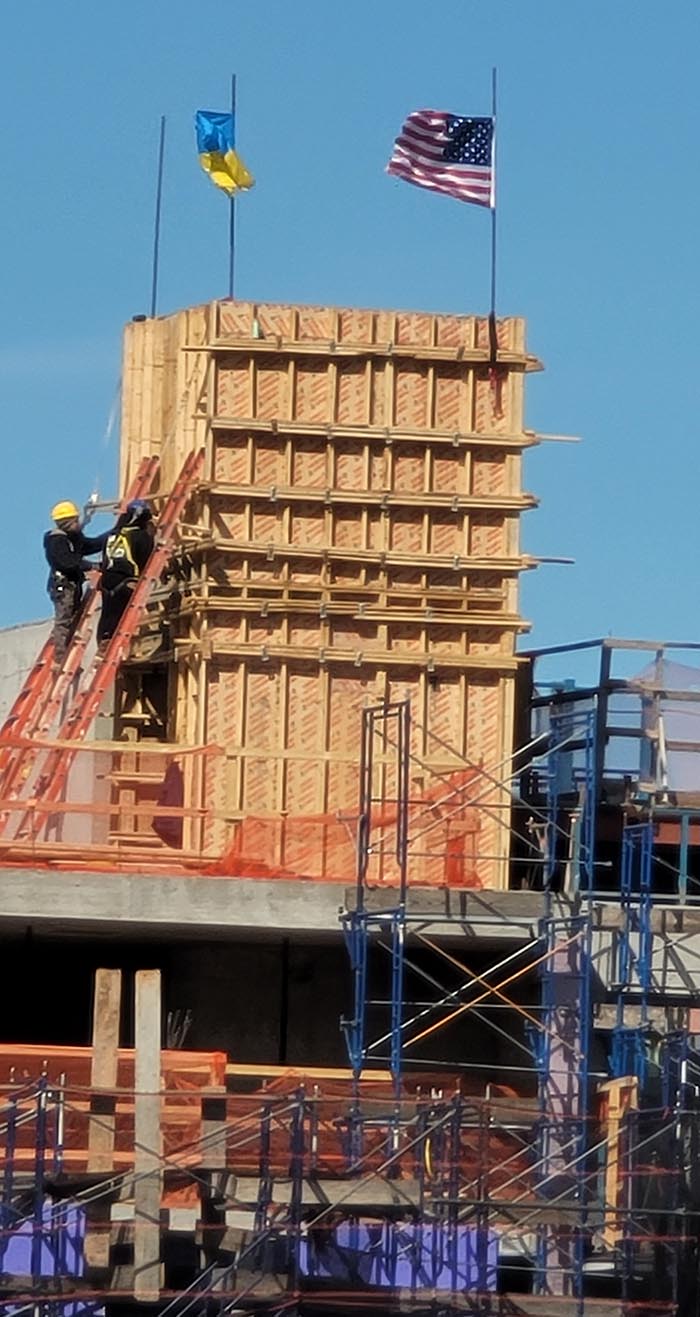 Cheering for Peace in Ukraine


March 15, 2022 - Looking out of my window here in Bay Ridge, Brooklyn I noticed a woman waving two blue and yellow flags as a symbol for peace in Ukraine. I changed to blue and yellow, walked to the park, and met Patricia who took this video. It took me back to my Ukrainian roots as well as my cheerleading days in high school. People driving by waved and honked at us in solidarity. 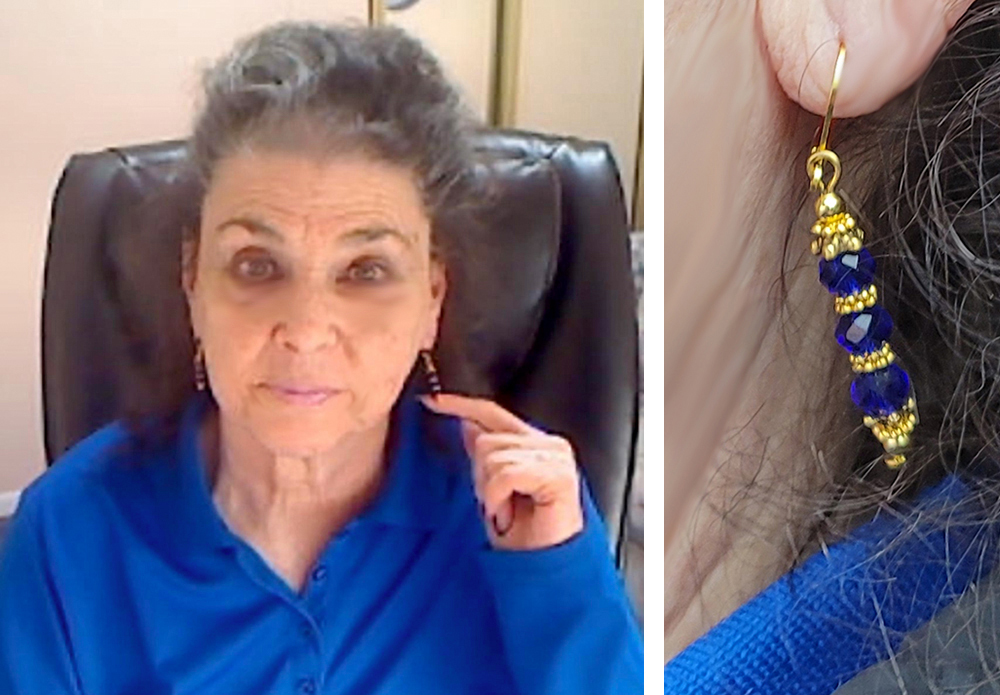 The colors of Ukraine are blue and yellow. In 2021 - I read a women in Ukraine who designs and sells crystal jewelry. She made me these beautiful cobalt blue and gold earrings which I wore today with a blue shirt in honor of Ukraine. Wishing her and the rest of the people in Ukraine a safe journey. 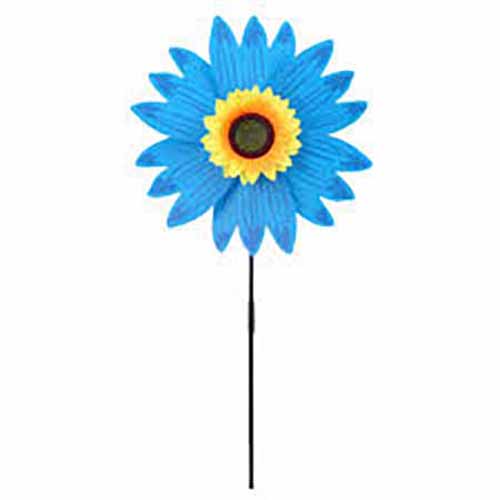 Sunflowers have become a symbol of resistance across Ukraine and its allies. Globally, awareness of the association between sunflowers and Ukraine has grown since Feb. 24, the first day of the invasion, when the news outlet Ukraine World shared a video on Twitter showing a Ukrainian woman in Henychesk giving sunflower seeds to Russian soldiers, with the striking instruction to put the seeds in their pockets so the flowers will grow where they die. 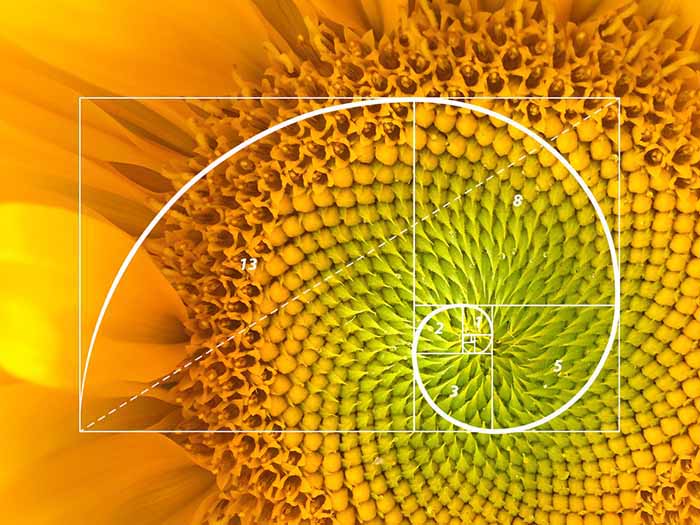 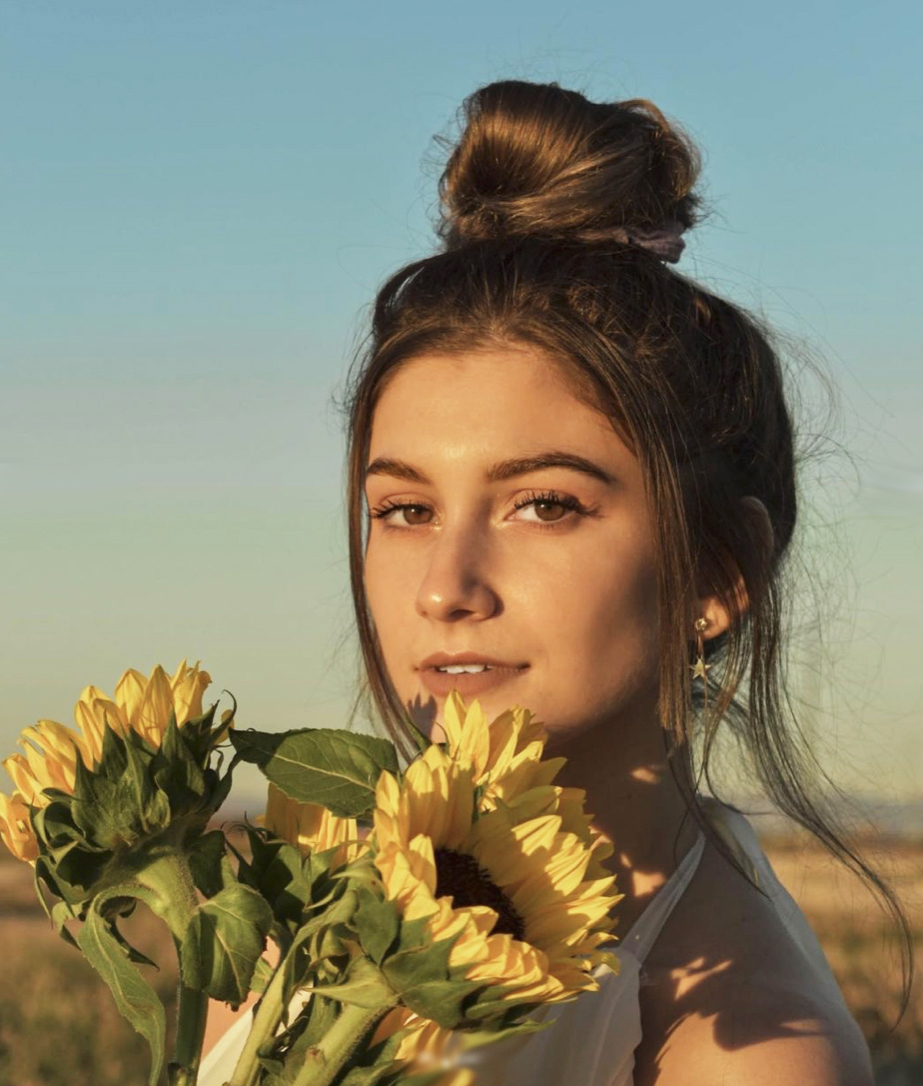 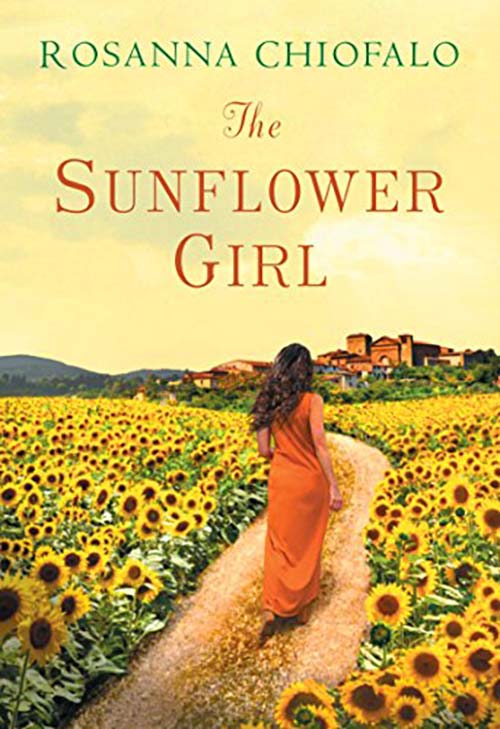 Rosanna Chiofalo's 2018 novel, The Sunflower Girl, sweeps the reader into the blossoming Tuscan countryside in a dual narrative. Part One takes place during World War II and Part Two in the 1970's. In 1940s German-occupied Tuscany, Maria Rossi is in her late twenties. Maria falls in love with Franco Ferraro, a member of the Italian Resistance, and she joins the cause. The two marry and have a child, Anabella, but the devastation of WWII will soon affect the young family.

In the early 1970s, Anabella is a young woman who has been confined for most of her life to her mother's rose farm in Tuscany. In a rare solo excursion to Siena to sell flowers, Anabella meets the handsome artist, Dante, who begins painting her. But Anabella will have to go against her mother's wishes and leave the only life she has ever known if she wants to be with Dante.

At the same time, Maria must come to grips with the past and find a way to reconnect with Anabella or else she will lose her daughter forever. To move forward, Maria must contend with the aftermath of WWII. Chiofalo also tackles the complicated mother-daughter relationship, with Anabella wanting to break away from Maria and have her own life. Chiofalo vividly describes food, from the sunflower seeds that Anabella loves to Maria's delectable manicotti. "The Sunflower Girl" grapples with the serious issue of dealing with the ramifications of World War II.


The Sunflower is the Lion 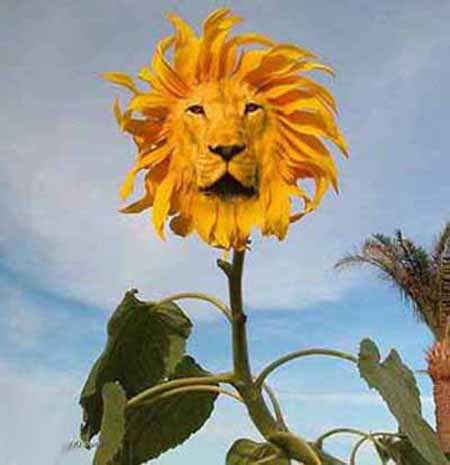 The Winged Lion is a Symbol for Zoroaster who wrote the story of our eality. 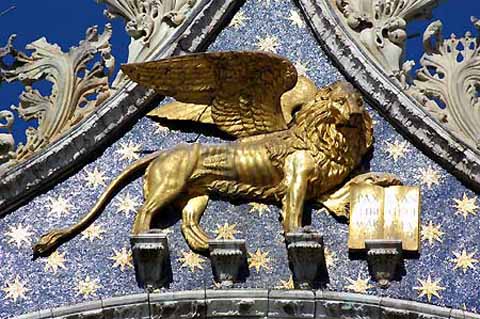 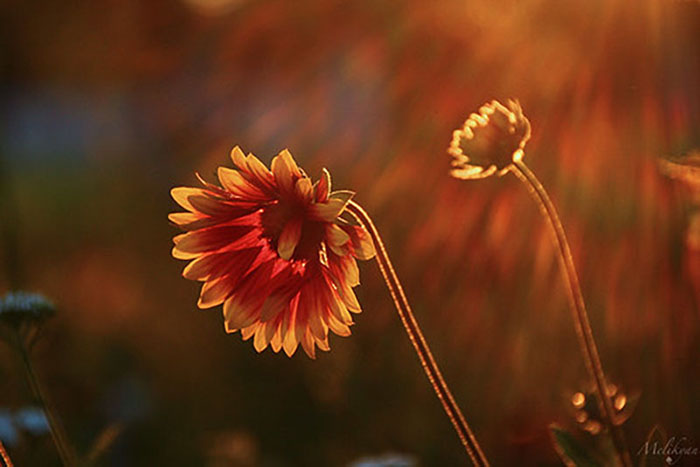 Ukraine Sunset and Sunflowers Since the Russian Invasion of Ukraine 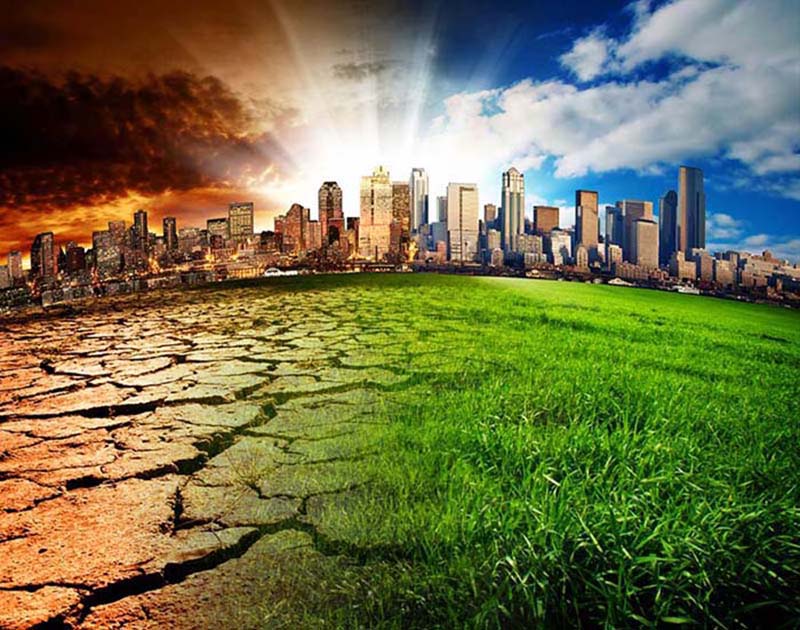 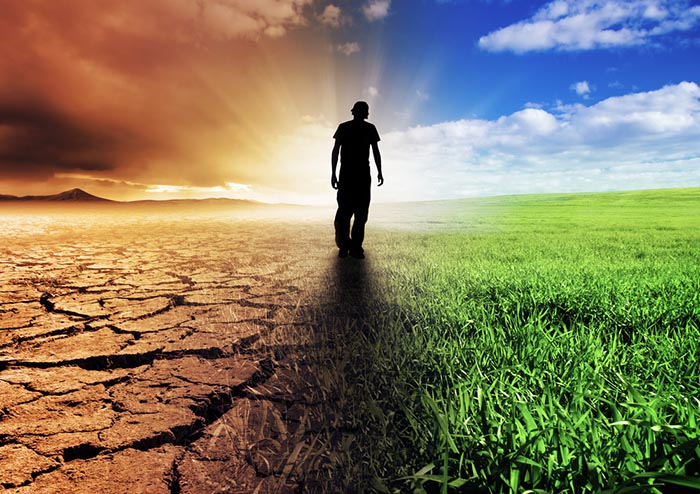 Take a deep breath. Move forward one step at a time as we await a final outcome.

The Russian Invasion of Ukraine has united much of humanity to the barbarism of war and a common enemy. We used to speak of this theme as part of an alien invasion but that is not going to happen - at least not in this version of the simulation. So much is wrong with this invasion people look at it and wonder how one man in the 21st century believes he can get away with subjugating a nation. What lies on the horizon for humanity? 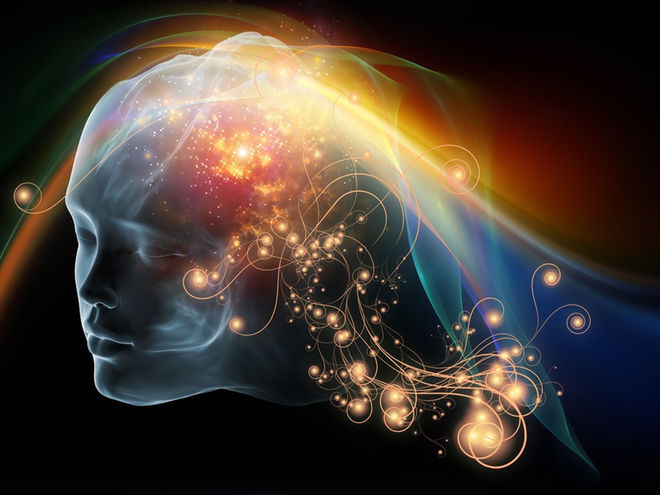 What are dreams but the place our consciousness goes to access information that affects our experiences, emotions and memories.

Every once in a while something occurs in the grids that sends shockwaves so loud and strong it wakes me up to the sights and sounds of multitudes of people screaming out in pain. This was my experience Saturday morning linked to the Russian Invasion of Ukraine. For many this reads like 1939 and the start of World War II when Hitler invaded Poland. How far west Putin will attempt to go remains to be seen but it could take us until the end of the simulation.

Danger comes from within and without - Russian propaganda, cyber attacks, satellite disruption/destruction, potential use of nuclear weapons, Chernobyl radiation increase, bio-terrorism, activation of sleeper cells/terrorism, climate and natural disasters, the pandemic, and things we know nothing about. 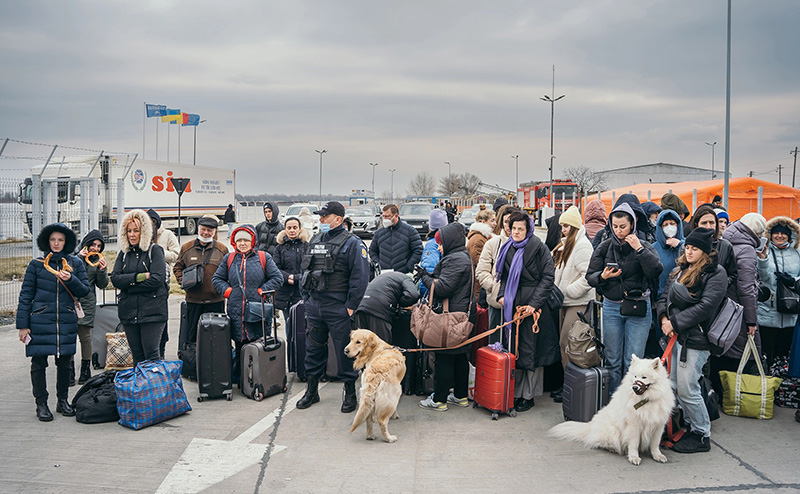 On the humanitarian front - the world stands with Ukraine. Each day that passes creates another major refugee situation alongside the already existing one from the Middle East and Africa. Babies born now - or about to be born under Ukraine's surrogate programs - are threatened.

People with families in Ukraine and Russia worry at home and abroad. Their stories are just beginning and will fill the pages of the news and other media until the end.

The world watches the strength and determination of Ukrainian women
fleeing to safety after leaving behind everything that was their reality. 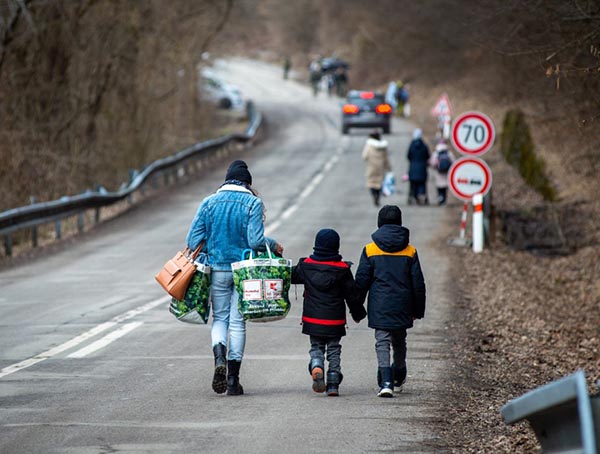 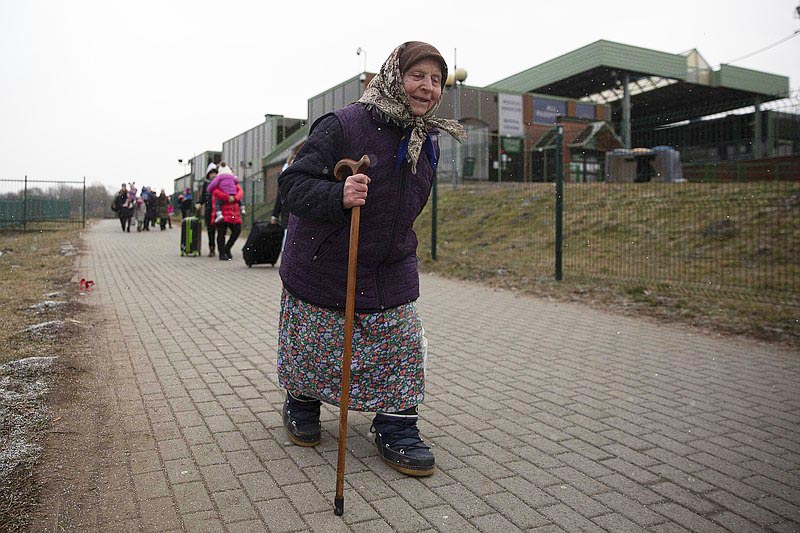 Clients and the Russian Invasion of Ukraine 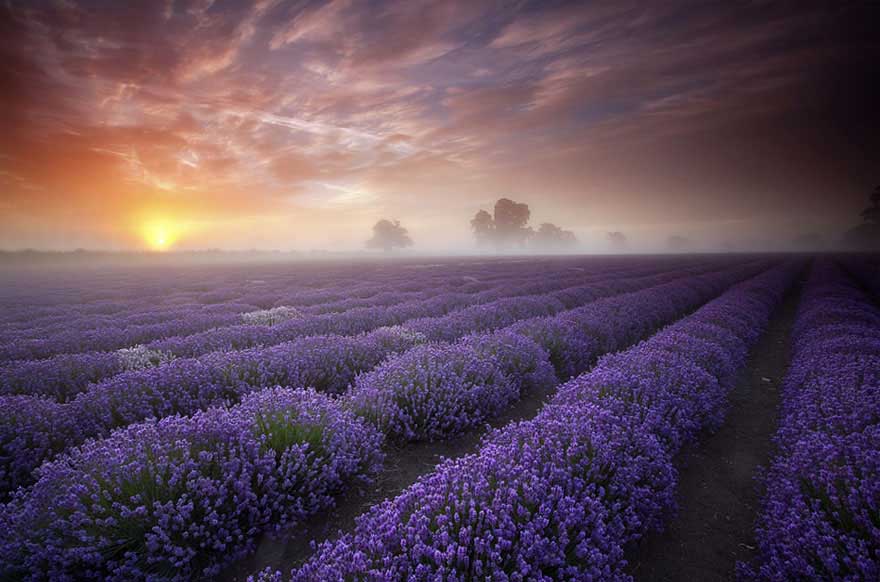 Since the war began I've had an increase in readings from living in western Europe who worry about the safety of family and friends not only in Ukraine but in Russia.

Memories of World War II still linger with seniors who were children when Hitler ravaged Europe. The frequency of fear from that timeline is still part of the European grid with speculation as to Putin's Master Plan.

Several of my American clients have lived and worked in Moscow for years at higher corporate or political jobs. Though I make it a practice not to reach out to clients - allowing them to know when they should contact me - I sent email about their safety. No reply. I am hoping to hear from them in the future especially those I repeatedly warned to move out of Russia.

People around the world are feeling overwhelmed at their jobs with stress, anxiety, and burn out taking emotional control. What once was their daily lives and plans for the future - seem to be morphing into uncertainty compounded by the pandemic, climate change, crime, and chaos.

And so from the average citizen who worries - to those in politics and law enforcement - everybody is seeking answers for themselves, their families, and the rest of the world as everything is connected.

When you ask yourself, "What in our reality is getting better?" It might be difficult to find an answer.

Sadly the Russian invasion of Ukraine is going to take us into Poland and other Western European countries. We are going back to the energies of World War II. Compounded with climate change, the Covid pandemic, and everything else is broken in this reality we are definitely seeing what I call, "End Time Events". These things would not of happened if they weren't meant to. 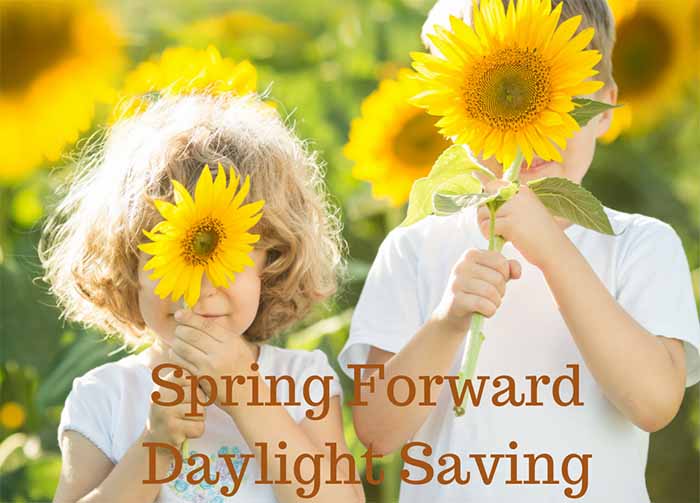 Reality runs on the illusion of Time.
Daylight Saving Time to become permanent in the US as time stabilizes. 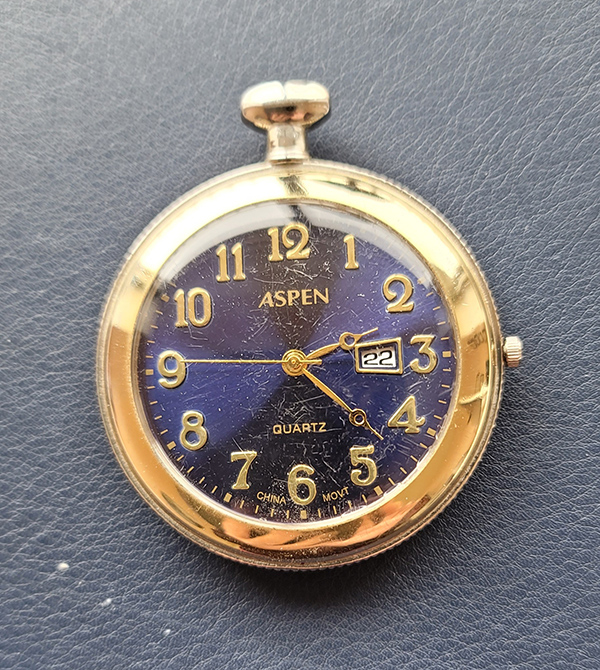 Journey of the Bloodline in Time