Red Hook, on the water, was one of the many coastal areas devastated by Hurricane Sandy last October. Since then much has happened to rebuild the artsy commercial area, lined with cobblestone streets and lots of history. This afternoon, my friend Anna, and I drove over to see how this once slum area is changing. Anna mentioned that Oprah's favorite bakery called Baked is somewhere within these streets, but we never got there ... not this trip. 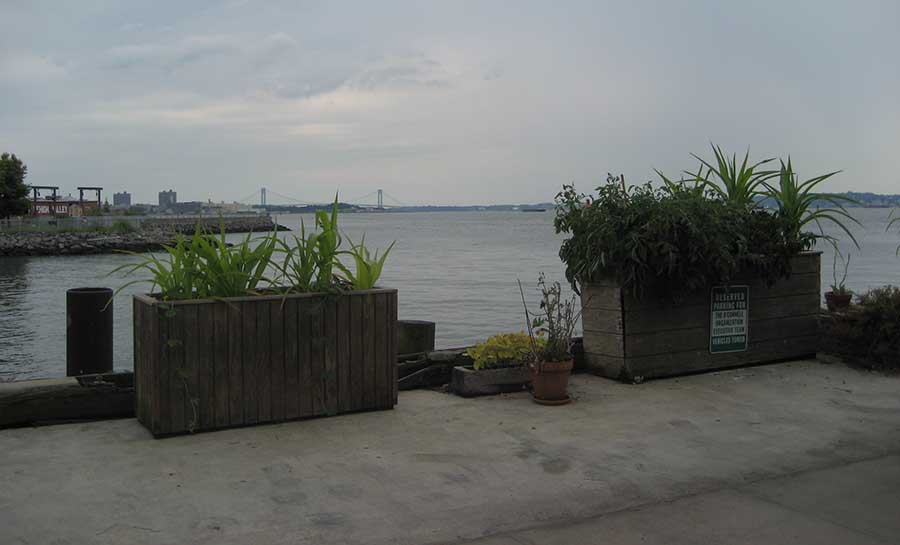 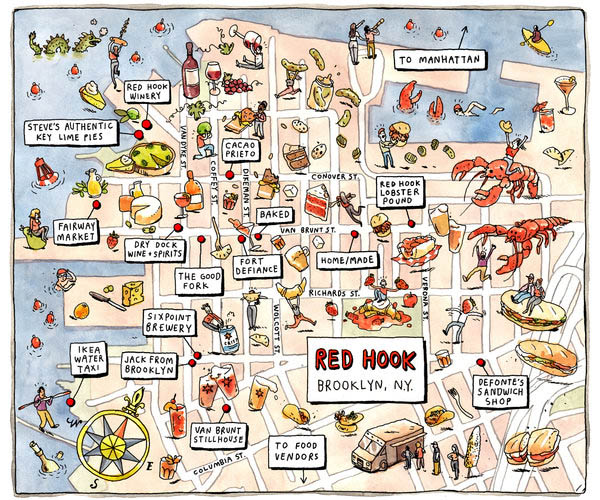 But for variety, charm, oddity and rugged urban beauty, there is nothing in the city like eating and drinking your way across this Brooklyn neighborhood. To understand why, imagine that what ran through Red Hook's streets last Oct. 29 was lava, six feet deep in places. The neighborhood would have been a modern Pompeii of food and drink, a startlingly complete record of the things that obsessed hungry New Yorkers in 2012.

The buried machinery alone would have told a story. The vortex winnowers, conches and melting tanks would illustrate the making of chocolate bars from cacao pods. Copper-pot stills would document the rise of small distilleries. Steel tanks would record the fascination with orange wines and wild yeasts.

Coffee roasters would give evidence of New York's pursuit of the perfect caffeine high. Sunk up to its engine in rock would be one of the city's most avidly followed food trucks. Smaller objects like rakes and plastic vats would reflect other trends and newly revived traditions like urban farming, smoking and curing meats, pickling, and baking forgotten breads and desserts.

Of course, what really covered Red Hook was a flood tide swept in by Hurricane Sandy. Salt water destroyed much of that machinery, millions of dollars' worth, not to mention all the food, alcohol and well-laid business plans. Five months later, after a herculean cleanup and with work permits still taped up in every third window, nearly every food and drink business in the area is open again. This is good news for them and great news for explorers with big appetites.

Instead of destination dining, Red Hook offers an impressive variety of tastes: dizzying lobster bisque, marshmallows you want to hide from your children, crunchy and spicy Korean pancakes, wines and liqueurs that are fascinatingly far from ordinary, and a potato-and-egg sandwich that should be on the curriculum of every Brooklyn public school.

Most impressively, Red Hook is a true community in a city where that notion is becoming more abstract all the time. Chefs buy from the local farm, and bartenders buy from the local distilleries; restaurants retweet other restaurants' promotions; and shoppers talk about how happy they are to see the same woman restocking the bread at Fairway's olive oil tasting station because the company kept employees on payroll while rebuilding the store. 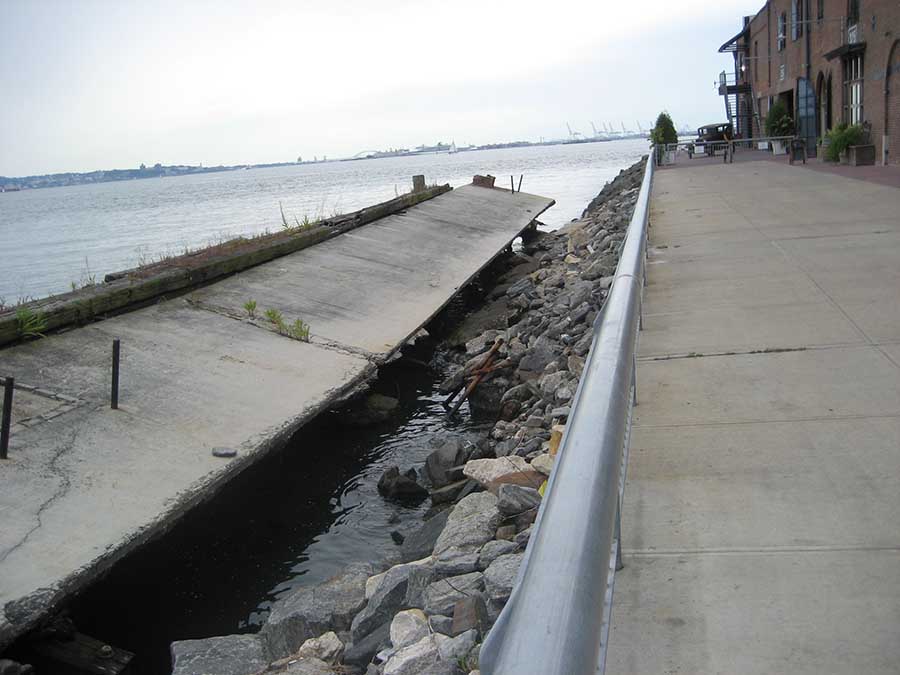 We passed a bridal party taking pictures on their way to the winery. Inside one finds a large party room with a panoramic view of the ocean, Statue of Liberty and Lower Manhattan now hosting One World Trade Center. Outside the winery, weather permitting, one can celebrate a wedding or other special occasion. If you want to taste wine and share stories, this is the place to go. 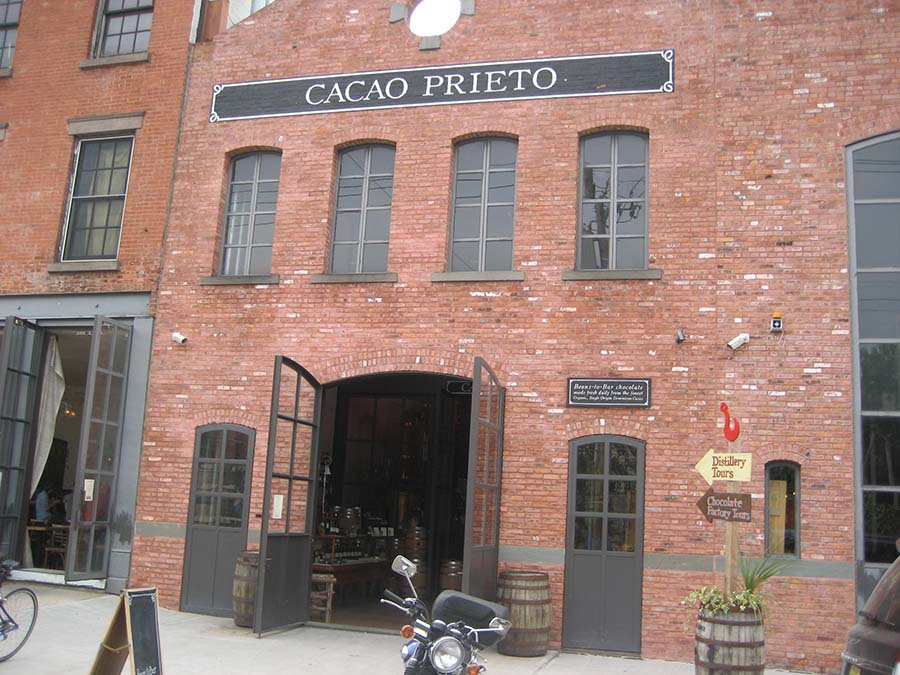 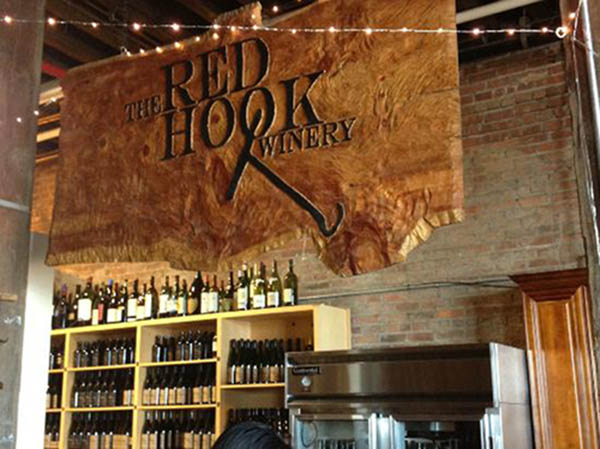 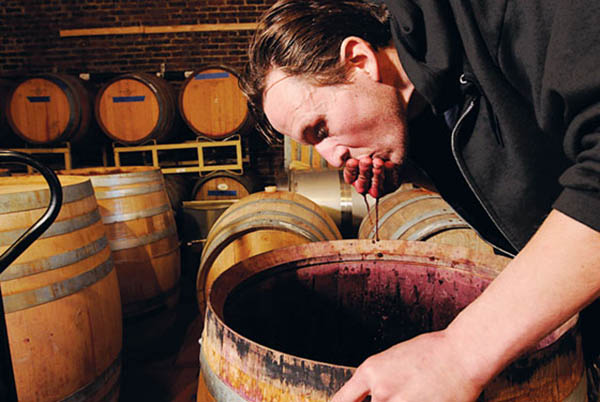 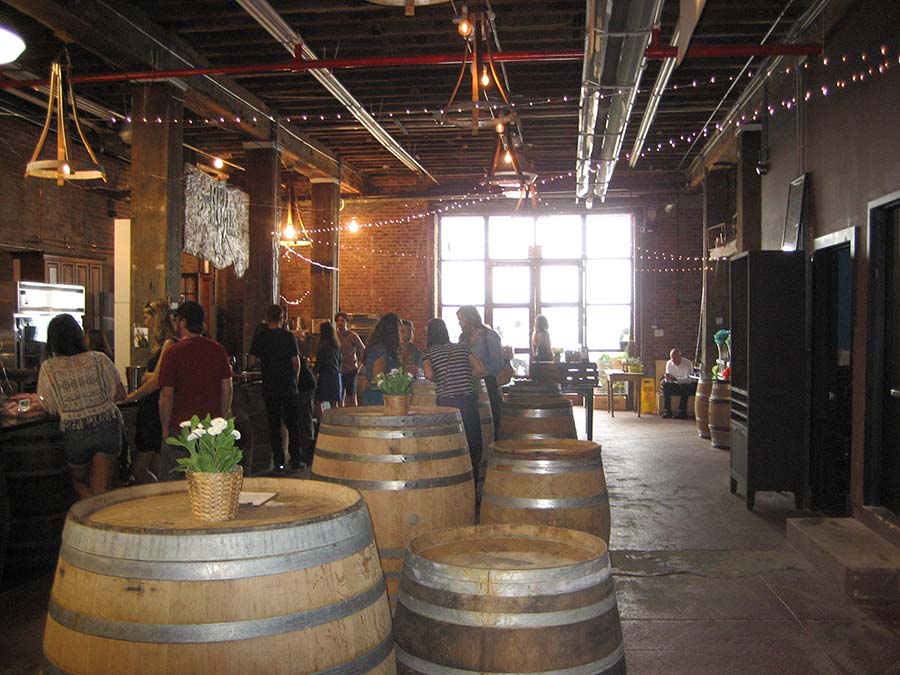 They make both wine and beer here with lots of free samples.


Inside the Chocolate Factory 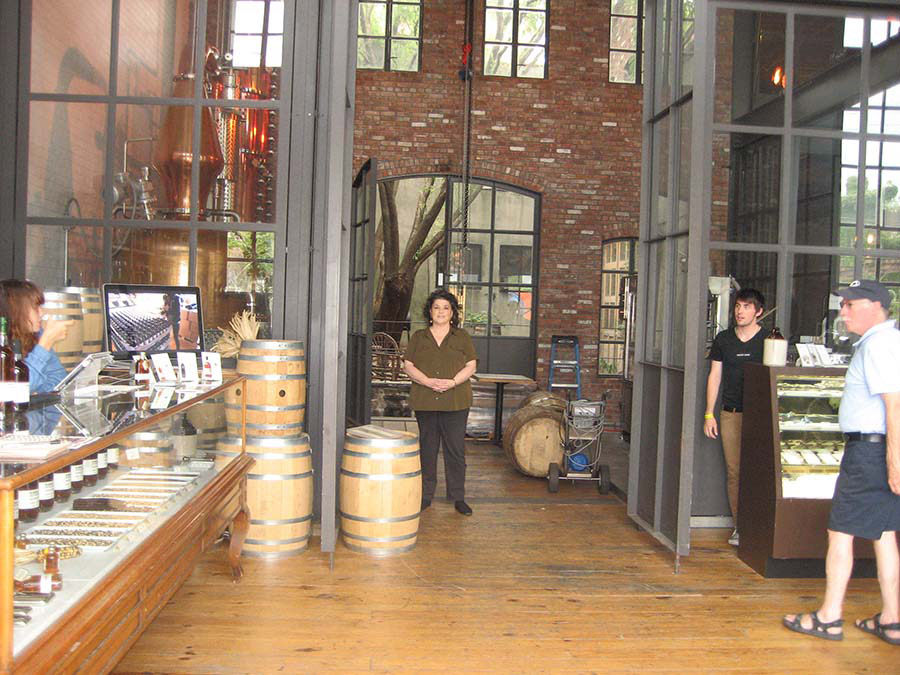 As synchronicity would have it, before Anna and I set out on our adventure, I received an email from a former client named Sabrina, a photographer in the city, who wanted an appointment on Tuesday. I emailed her my availability and told her to call me, Sabrina returning the call after I got home. When I told her I had just come back from Red Hook, she laughed. She lives a block away from where Anna and I spent the afternoon and was strolling through the same streets when we were.

Sabrina, the client I mentioned in the blog, like so many other people I know, is off to Burning Man for a week, leaving this weekend. As a professional photographer she shared the creative level one finds as 60,000 people visit Black Rock Desert each year, home of Pyramid Lake. In the course of a few days, they build a city, then tear it down before they leave. They not only burn the famous effigy on Saturday night, but also a temple is created each year, and that is burned the last night as people unite with prayers and hope for themselves and the future. Now that's what I calling burning off your "karmic ribbons". 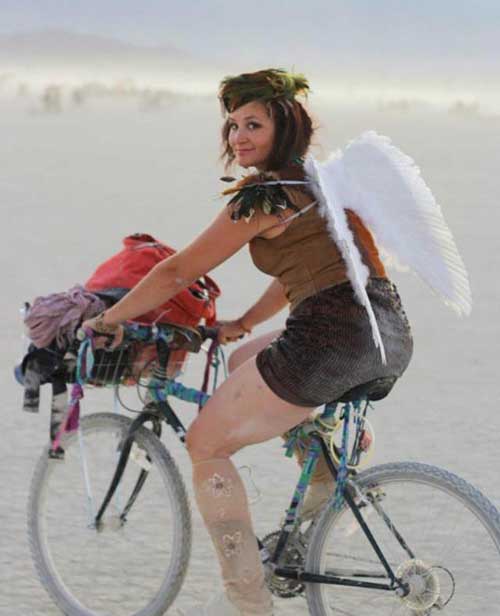 Sabrina, like all of my other friends and clients who attend each year, asked me to go. Too old ... and not the camping out type ... though I love the energies as they connect with my 1954 alien experience and new insert in the program. That being said, this year at the festival ... after they "burn away" the old ... Sabrina is going to close her eyes, hold her arms straight up, focus, and ask to connect with whomever I met in 1954 ... and if there is a message for me. This should be interesting. 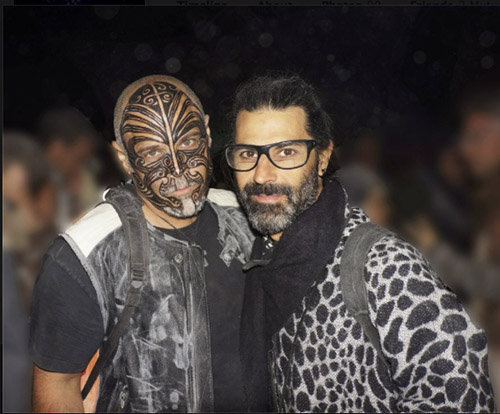 Darren, another photographer friend from the city, is also going to Burning Man and said I would love it and could give at least one lecture to the large audience. He told me to rent an RV and join them one year. Check out Darren's photo project of Burning Man. As creative and interesting as it seems, I don't see myself there, though I know it will be another spectacular event.

My friend Lewis, a film producer, is unable to attend this year, but came up with a great idea. He owns and operates an organic farm in upstate NY where he will host a mini version of Burning Man that I am also invited to. Maybe ... 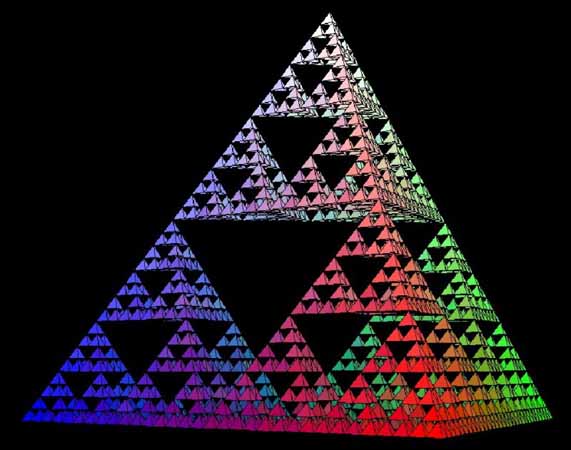 This pattern was used in the 2002 Spielberg miniseries Taken which was about aliens.