Welcome to the Age of Weather Extremes 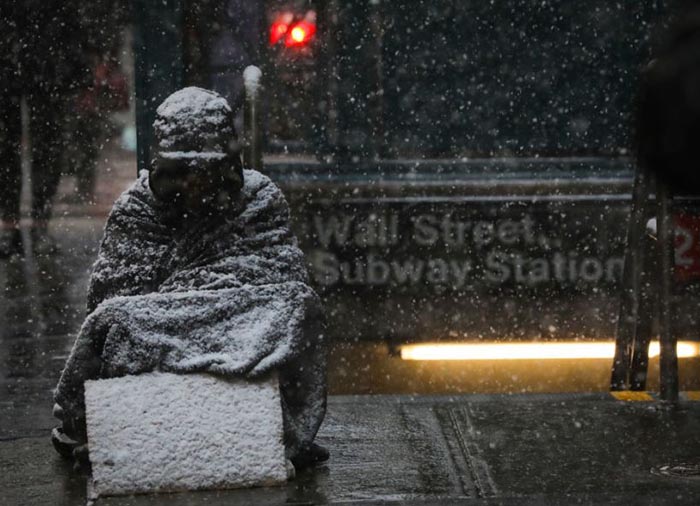 This pic is not from the freeze scene in 2004 American science-fiction disaster film The Day After Tomorrow. It was taken today at the Wall Street Subway Station in lower/layer Manhattan. Somewhere around 3PM the storm hit the city with snow squalls and high winds. That lasted for about an hour followed by record setting low temperatures keeping our memories frozen in time. Record temps are being set everywhere. It was colder in the Midwest than in Antarctica. On the flip side ... temperatures in parts of Australia, reached 120 degrees Fahrenheit last week. 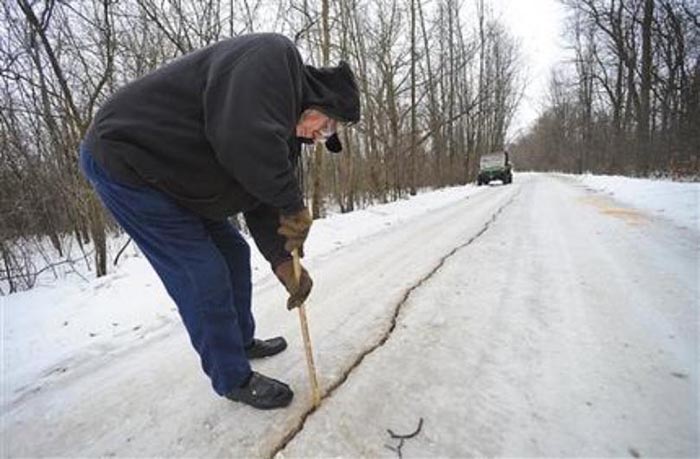 A cryoseism , also known as an ice quake or a frost quake, is a seismic event that may be caused by a sudden cracking action in frozen soil or rock saturated with water or ice. As water drains into the ground, it may eventually freeze and expand under colder temperatures, putting stress on its surroundings. This stress builds up until relieved explosively in the form of a cryoseism. Speculation has been made between global warming and the frequency of cryoseisms. Although cryoseisms release less energy than most tectonic events, they can still cause damage or significant changes to an affected area. 'Frost quakes' may be hitting Chicago as temperature drops to record-breaking lows   CNN - January 30, 2019 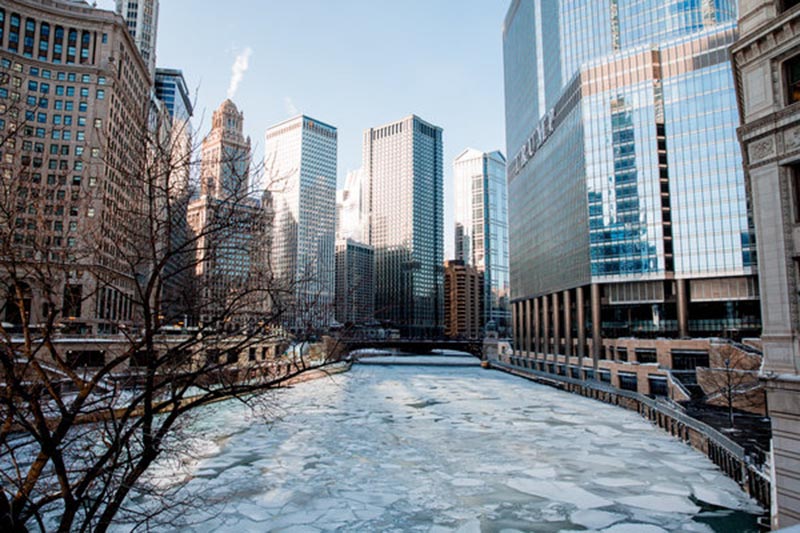