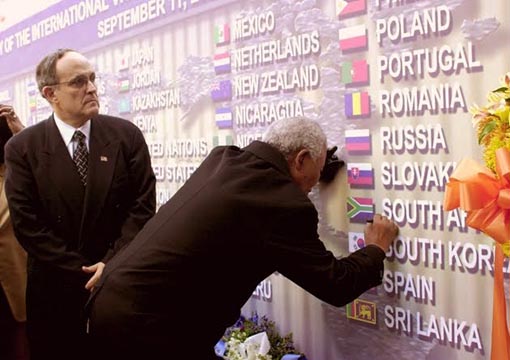 People around the world are mourning the death, and celebrating the life, of Nelson Mandela who led the emancipation of South Africa from white minority rule. He served as his country's first black president, becoming an international emblem of dignity and forbearance. Nelson Mandela died Thursday evening at age 95. His remarkable legacy inspired the world - his soul finally free.


Nelson Mandela buried at Qunu ancestral home   BBC - December 15, 2013
Nelson Mandela's body has been laid to rest in a family plot, after political and religious leaders paid tribute to South Africa's first black president at a state funeral service. His widow, Graca Machel, and President Jacob Zuma were present for the private, traditional Xhosa burial at Mr Mandela's ancestral home in Qunu. Mr Zuma had earlier told the larger funeral service that South Africans had to take his legacy forward. Mr Mandela died on 5 December aged 95. A close friend, Ahmed Kathrada, told mourners at the service he had lost an "elder brother" who was with him for many years in prison on Robben island. Mr Mandela's casket was carried by the military, accompanied by family and friends, from a specially-erected marquee up a hill to the graveside. Before his coffin was lowered into the grave, South African military helicopters and jets staged a fly-past, cannons fired a 21-gun salute and a bugler played the last post. 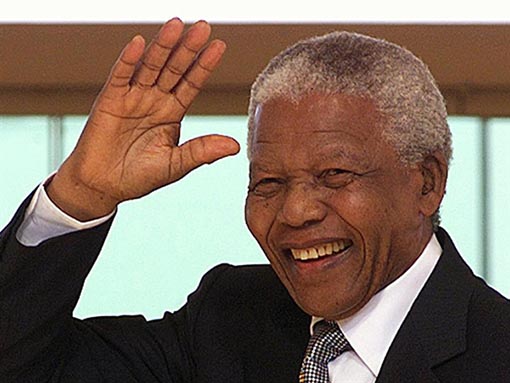 Nelson Mandela served as President of South Africa from 1994 to 1999, and was the
first South African president to be elected in a fully representative democratic election.
He received more than 250 awards over four decades, including the 1993 Nobel Peace Prize.


I learned that courage was not the absence of fear, but the triumph over it. 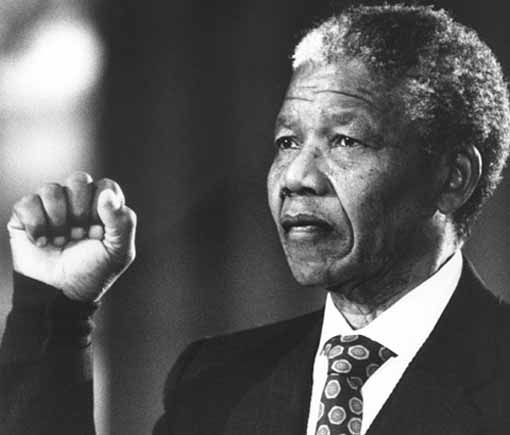