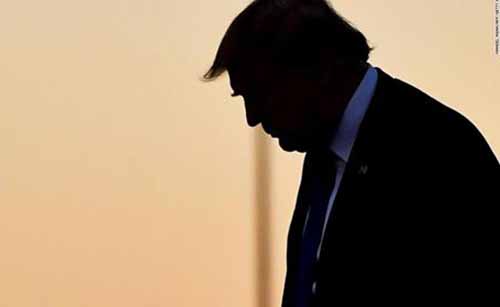 
Someone wants Trump in office and there he shall stay. Diversions, lies, and conspiracies aside there is something he has yet to bring to the world and now has a window of 6 years or less to do it. According to AG William Barr, The Mueller Report did not find that Trump or his campaign conspired with Russia, also did not exonerate him on obstruction. Now we'll see what the Democrats plan to do. Nothing gets resolved until election day 2020. Trump could win a second term if the Democrats don't get it together.

You've seen this plot in: spy novels, The X-Files, The Blacklist, on The Dark Web, and other venues - but does art imitate life?

Some believe a cabal (shadow government) runs the world. Others believe the secret government is linked to alien agendas.

Others, like myself, believe reality is a hologram/simulation which creates everything in the illusion of time. It makes sense that someone like Donald Trump would become president as the hologram is ending to create the necessary dramas that allow us to figure out who we are and how we got here ... most of all where we are going.


A shadow government (cryptocracy, secret government, or invisible government) is a group of conspiracy theories based on the notion that real and actual political power resides not with publicly elected representatives but with private individuals who are exercising power behind the scenes, beyond the scrutiny of democratic institutions. According to this belief, the official elected government is subservient to the shadow government which is the true executive power. Some of the groups proposed by these theories as constituting the shadow government include central banks; Freemasons, intelligence agencies; think tanks; organized Jewry; the Vatican; secret societies; Jesuits; moneyed interests; globalist elites and supranational organizations who seek to manipulate policy in their own interest or in order to serve a larger agenda that is hidden from the general public. Read more