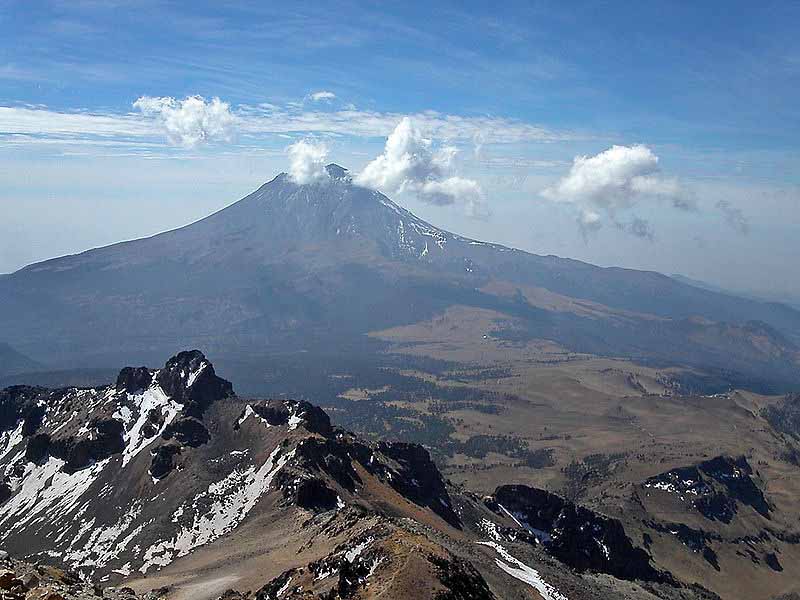 Mount Popocatepetl, ("The Smoking Mountain"), southeast of Mexcio City, is the second highest peak in Mexico. It is linked to the Iztaccihuatl volcano to the north by the high saddle known as the Paso de Cortes. It is an interesting volcano - its history often linked to Quetzalcoatl and Maya mysteries. Popocatepetl is one of the most active volcanoes in Mexico and the most famous, having had more than 15 major eruptions since the arrival of the Spanish in 1519. 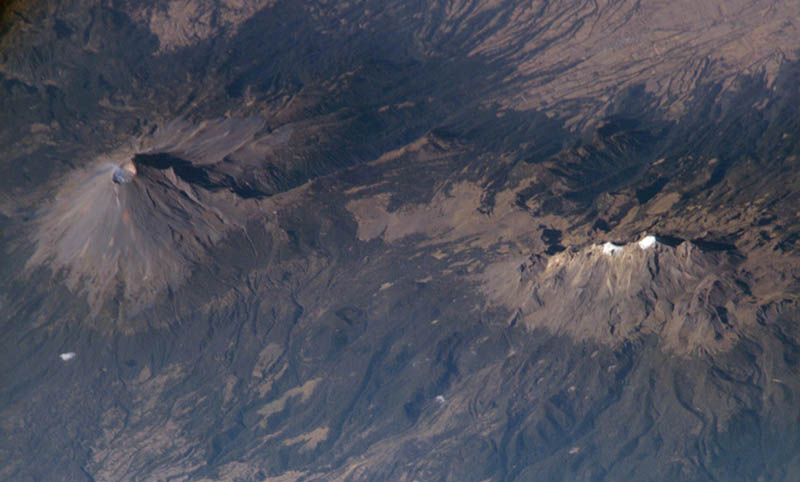 Crystals from Popocatepetl volcano reveal the links between magma recharge patterns and eruption style   PhysOrg - January 10, 2022
Popocatepetl volcano is an active volcano located in the states of Puebla, Morelos and Mexico in central Mexico and is one of the most active volcanoes in Mexico and North America, with the largest eruptions occurring in 2150, 1100, 14,100 and 23,500 years ago. 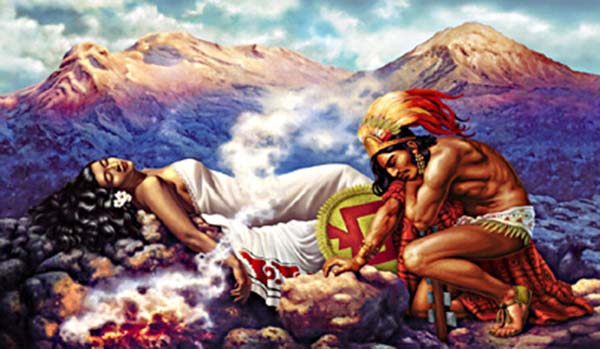 A different tale was told by the Nahuatl-speakers of Tetelcingo, Morelos, according to whom Iztaccihuatl was the wife of Popo, but Xinant3catl wanted her, and he and Popocatepetl hurled rocks at each other in anger. This was the genesis of the rocky mountain ranges of the continental divide and the Trans-Mexican volcanic belt that lie between the two mountains. Finally Popocatepetl, in a burst of rage, flung an enormous chunk of ice, decapitating the Nevado de Toluca. This is why the Nevado is flat-topped, with wide shoulders but no head. Conceivably this legend preserves the memory of catastrophic eruptions. (Pittman 1954:59)

The most popular legend about Iztaccihuatl and Popocatepetl comes from the ancient Nahuas. As it comes from an oral tradition, there are many versions of the same story, along with poems and songs telling this story:

Many years before Cortes came to Mexico, the Aztecs lived in Tenochtitlan, today's Mexico City. The chief of the Aztecs was a famous Emperor, who was loved by all the natives. The Emperor and his wife, the Empress, were very worried because they had no children. One day the Empress said to the Emperor that she was going to give birth to a child. A baby girl was born and she was as beautiful as her mother. They called her Iztaccihuatl, which in Nahuatl means "white lady". All the natives loved Izta and her parents prepared her to be the Empress of the Aztecs. When she grew up, she fell in love with a captain of a tribe, his name was Popoca.

One day, a war broke out and the warriors had to go south to fight the enemy. The Emperor told Popoca that he had to bring the head of the enemy chief back from the war, so he could marry his daughter. After several months of combat, a warrior who hated Popoca sent a false message to the Emperor. The message said that his army had won the war, but that Popoca had died in battle. The Emperor was very sad when he heard the news, and when Izta heard she could not stop crying. She refused to go out and did not eat any more. A few days later, she became ill and she died of sadness. When the Emperor was preparing Izta's funeral, Popoca and his warriors arrived victorious from war. The Emperor was taken aback when he saw Popoca, and he told him that other warriors had announced his death. Then, he told him that Izta had died.

Popoca was very sad. He took Izta's body and left the town. He walked a long way until he arrived at some mountains where he ordered his warriors to build a funeral table with flowers and he put Izta lying on top. Then he kneeled down to watch over Izta and died of sadness too. The Gods were touched by Popoca's sacrifice and turned the tables and the bodies into great volcanoes. The biggest volcano is Popocatepetl, which in Nahuatl means "smoking mountain". He sometimes throws out smoke, showing that he is still watching over Iztaccihuatl, who sleeps by his side.

Another tale is much like the one before: Some warriors did not want Popoca to be with Izta, since they liked her themselves, and sent a message to the emperor saying that Popoca died. Izta became very sad and died of grief. When Popoca returned, he heard about Izta's death and became sad himself. He took Izta's body and ordered his soldiers to make a mound for him and Izta. He put Izta's body on one mound and got onto the other with a smoking torch. He remains there forever, looking after Izta, and, as time passed, dirt, snow, rocks, and Mother Nature covered them, turning them into great mountains. Popoca's torch is still smoking as a reminder of what happened.


UFOs have been videoed coming in and out of Mount Popocatepetl. 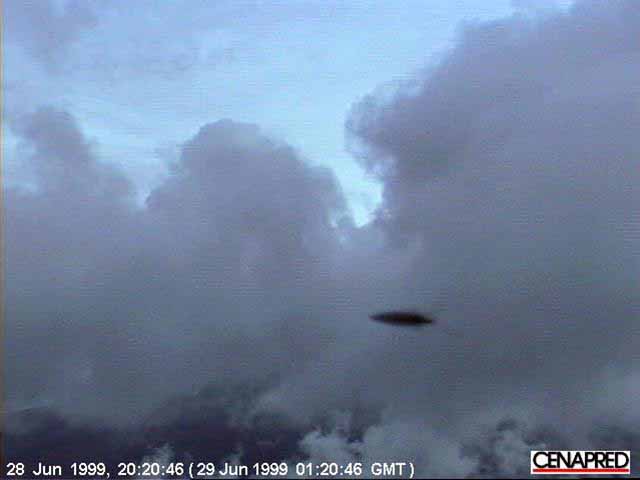 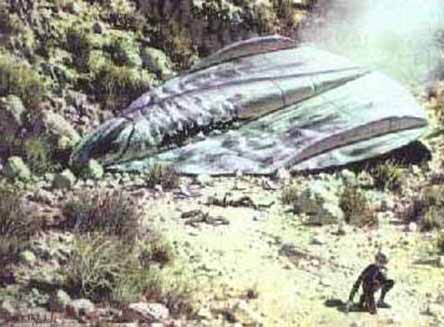