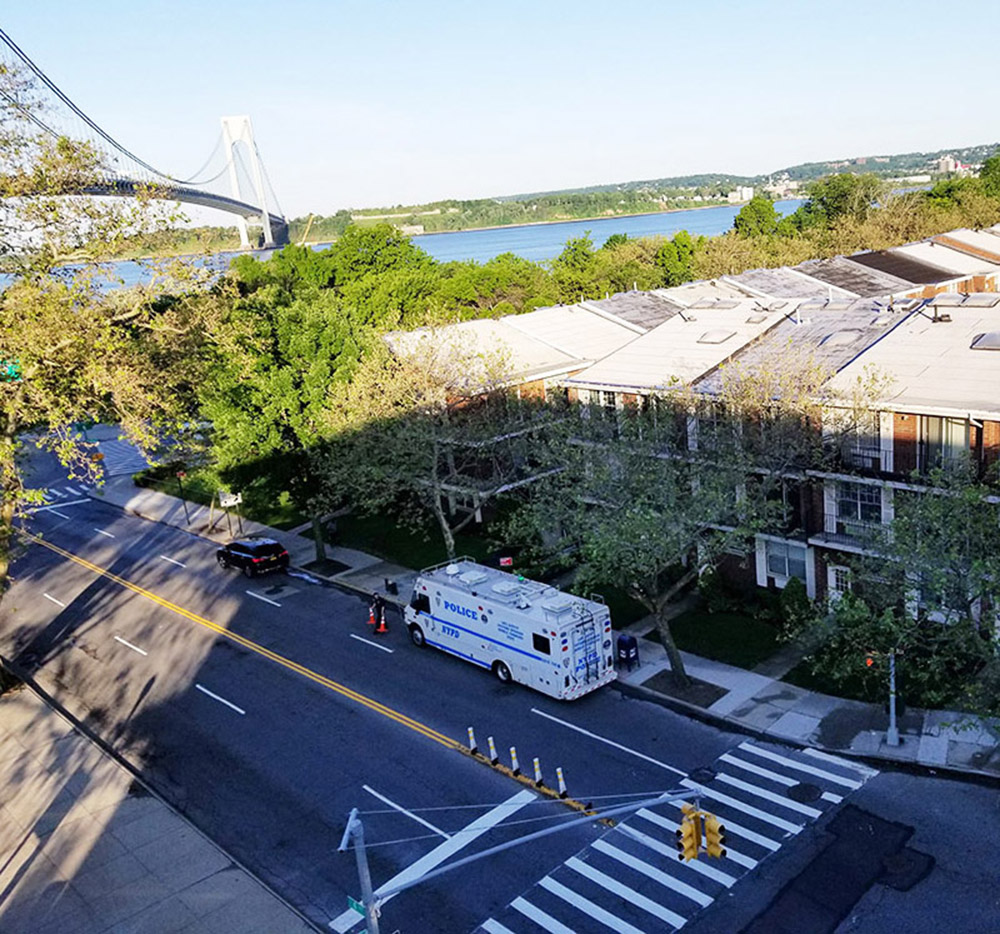 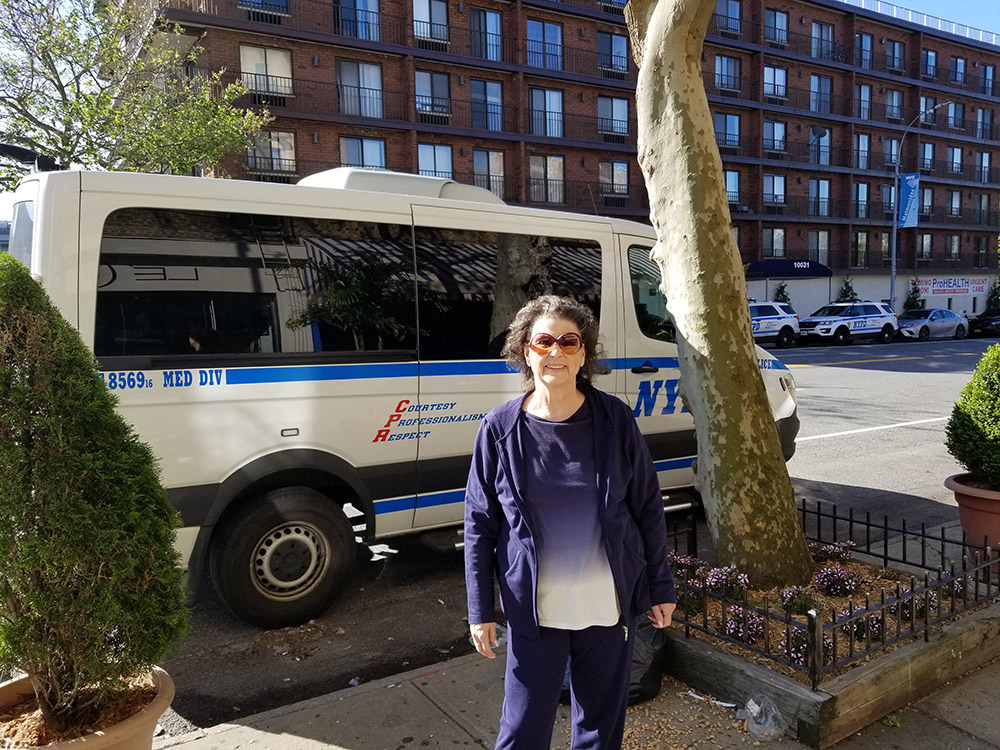 Breakfast with a neighbor at 10 AM ... Meeting at the Tree 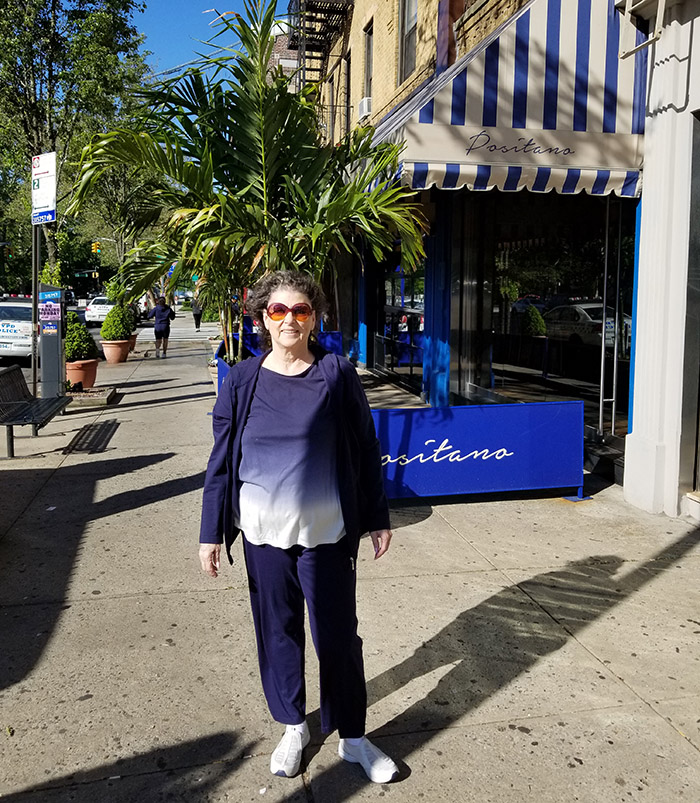 One hour of marching bands from all branches of the military 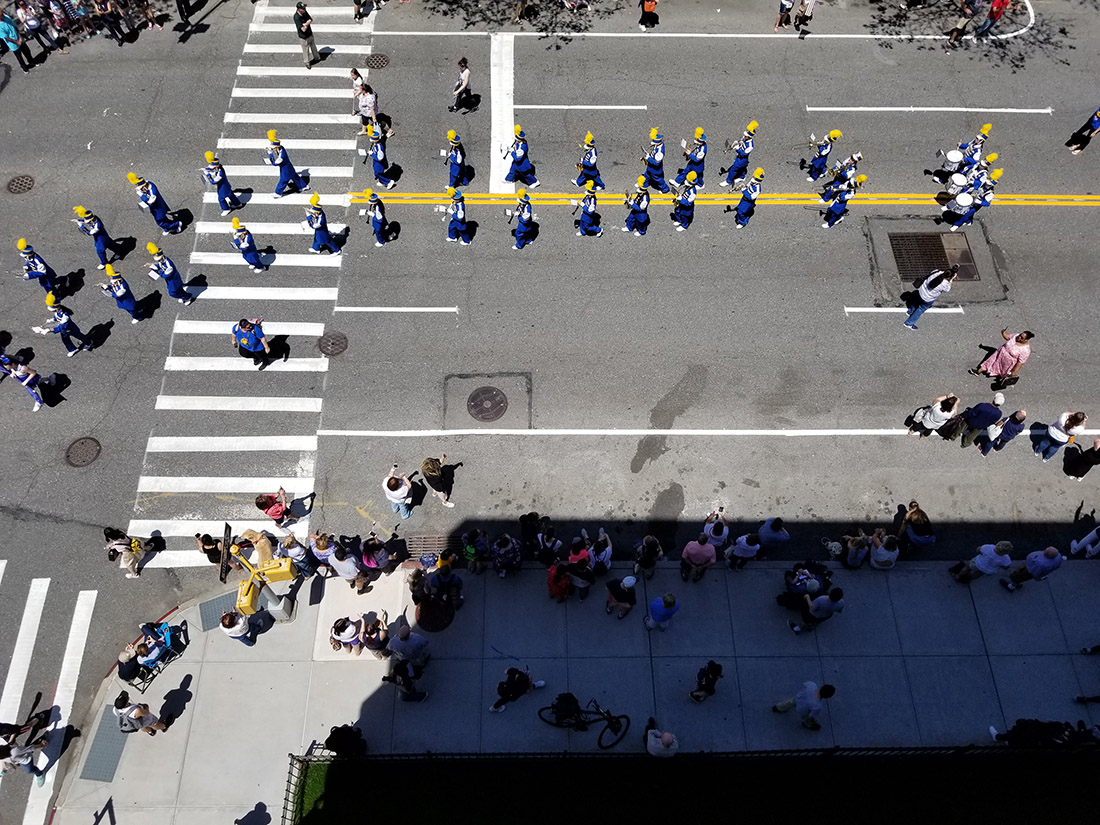 Music and Ceremonies in the Park

As with any Memorial Day there were those who weeped about lost loved one and others who enjoyed the beautiful day and sharing with friends and neighbors. No one really cares much about what politicians say in the rhetoric of the day. They make promises just as you and I would if we were running for office or were elected officials - but then have to face the challenges of getting all the good intentions accomplished which seldom happens. War - we know it's part of the algorithm of our bipolar reality which is sad in itself and makes us glad that things are coming to a close. In this reality humans are programmed to abuse each other though sometimes balanced by the nature of goodness, compassion, and love. War brings out the best and the worst in us. It's not just the deaths that happen but far worse the aftermath of serving especially when we don't belong in a specific country. Wars are just recycled programs with different locations and agendas. Right now the biggest war is cyber war. If there's two things I won't miss as we graduate from this reality - they are negative emotions and self-destructive behavior. 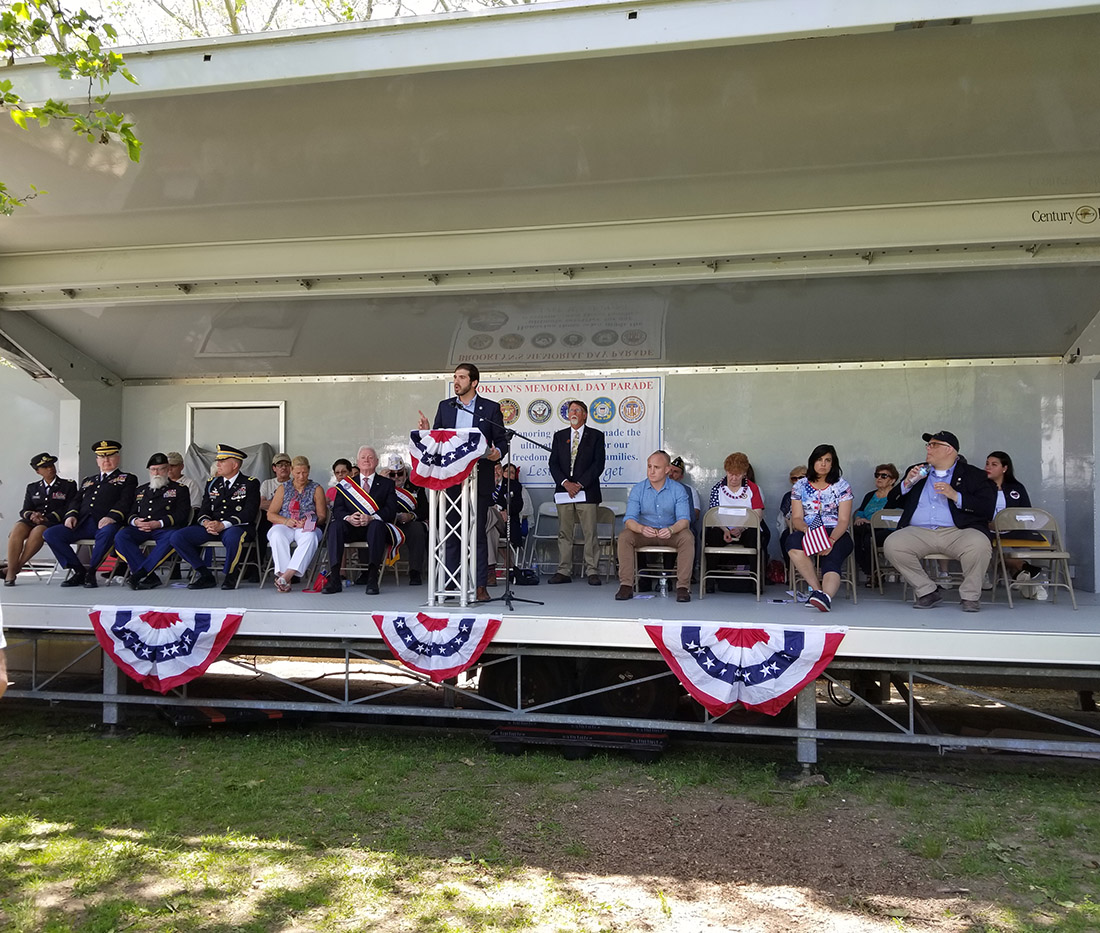 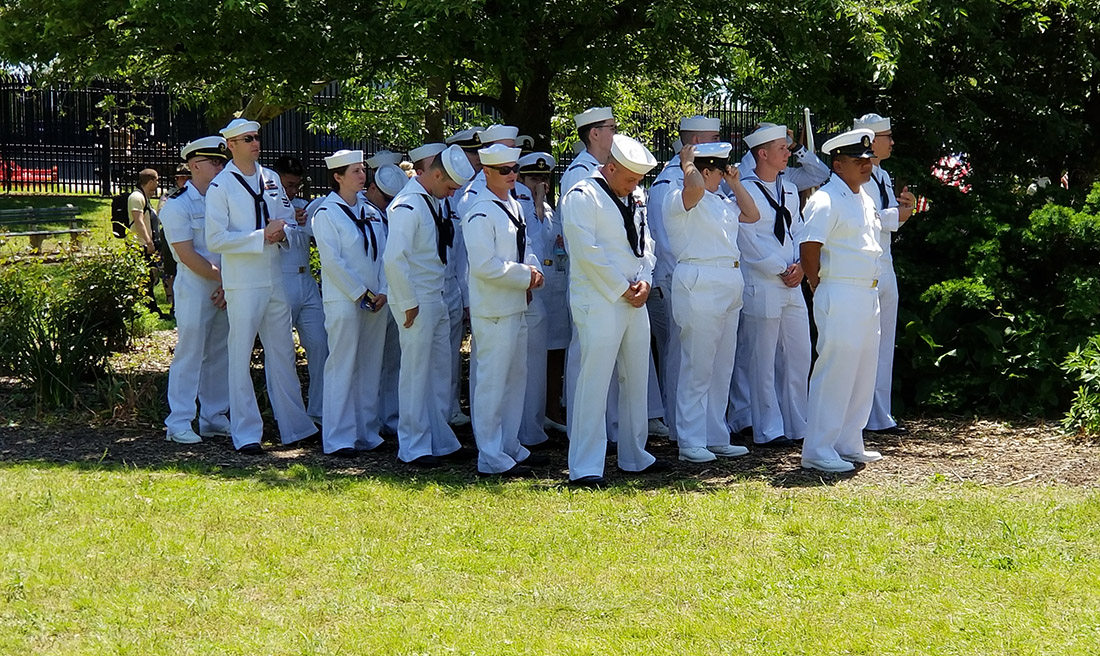 I met a former soldier named Gerardo, 30's, who let me wear his hat and took these pics.

Interesting that his take on Trump is the same as mine.
Some person or group put him in office and plan to keep him there.

Ellie and the Tree of Life.


Honoring those who lived in Bay Ridge and gave their lives for this country.


On the news today they said Arlington National Cemetery is almost full - over 400,000
soldiers buried on 624 acres. War is part of our journey along with conspiracies and lies. 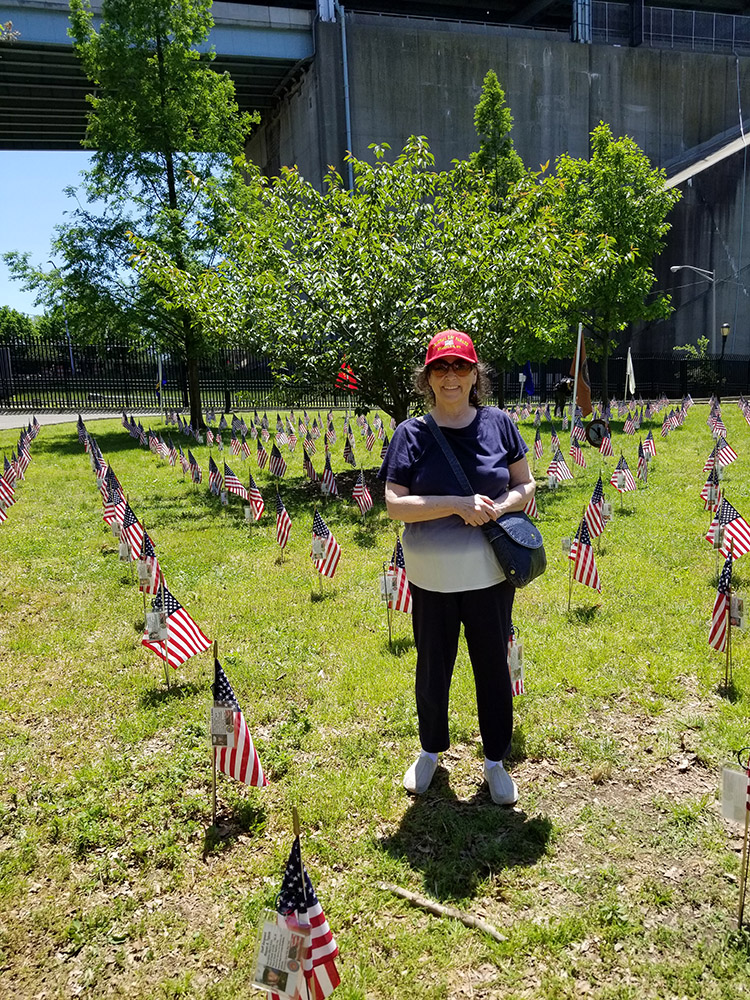 Gerardo and I loved the way the wind blew the flag into this pic.
I'm wearing Gerardo's hat and I'm never giving it back! 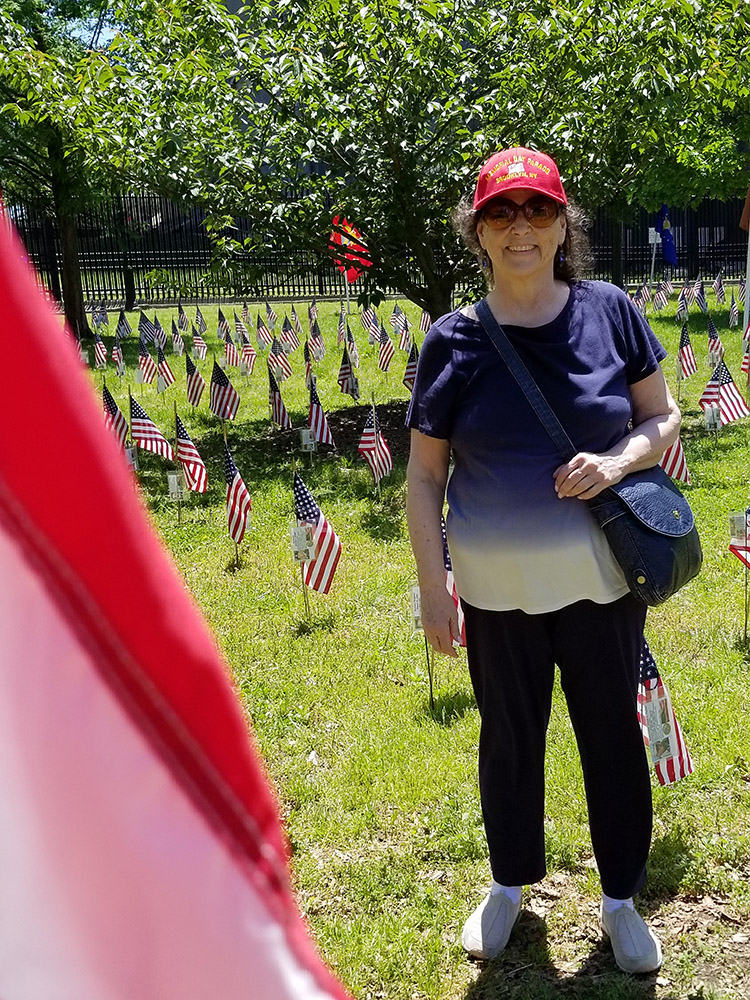 Close-up of the hat. It reads ... Memorial Day Parade Brooklyn, NY
There are two signs or plaques with the names of those honored here on this day. They remain year round. 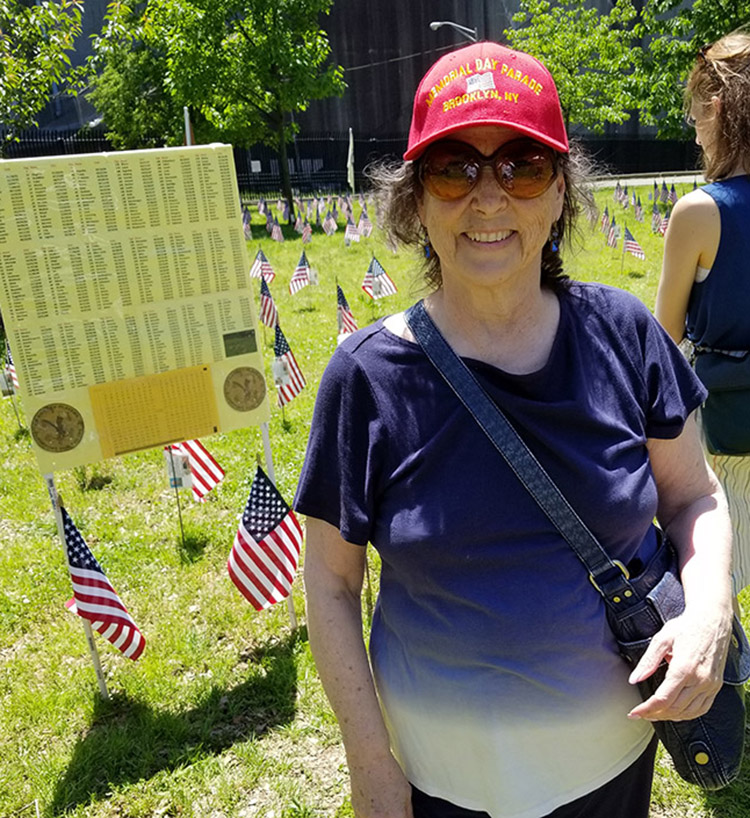 American Civil War ... I'm older than you think! Love the musket. The Tree always watches over me. 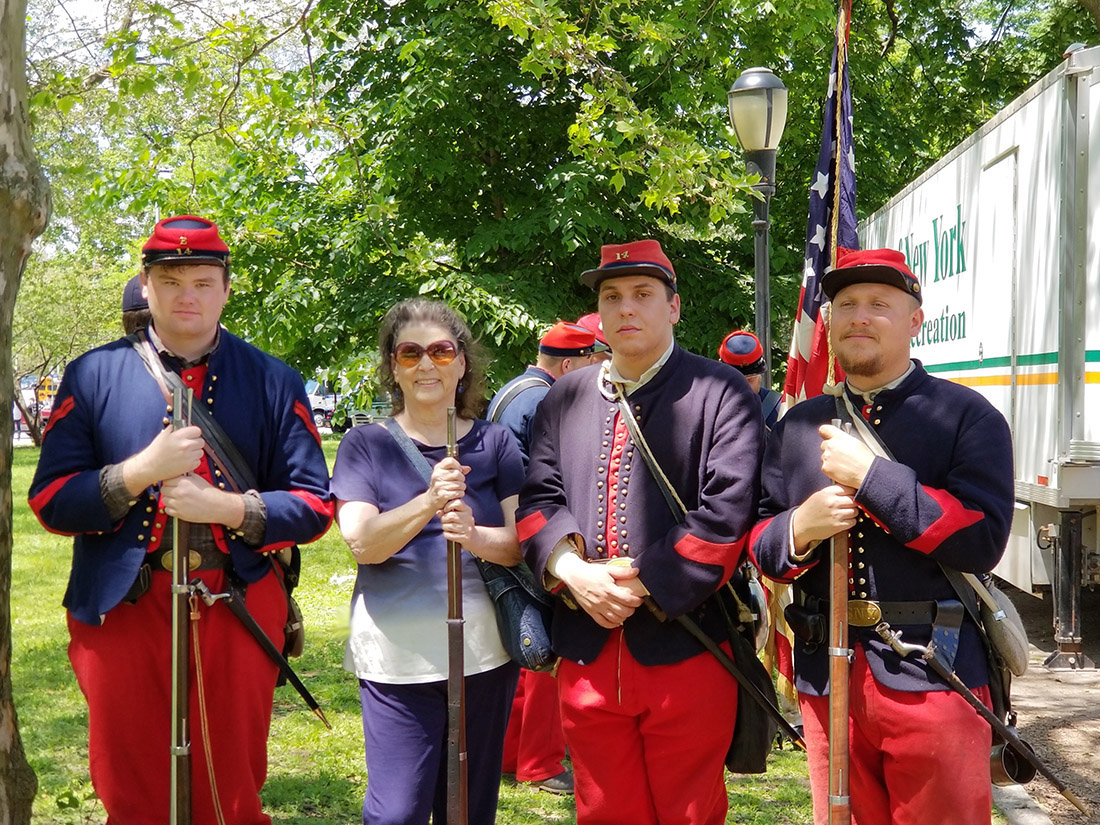 Nikki and family at their home on the shore of Narragansett, Rhode 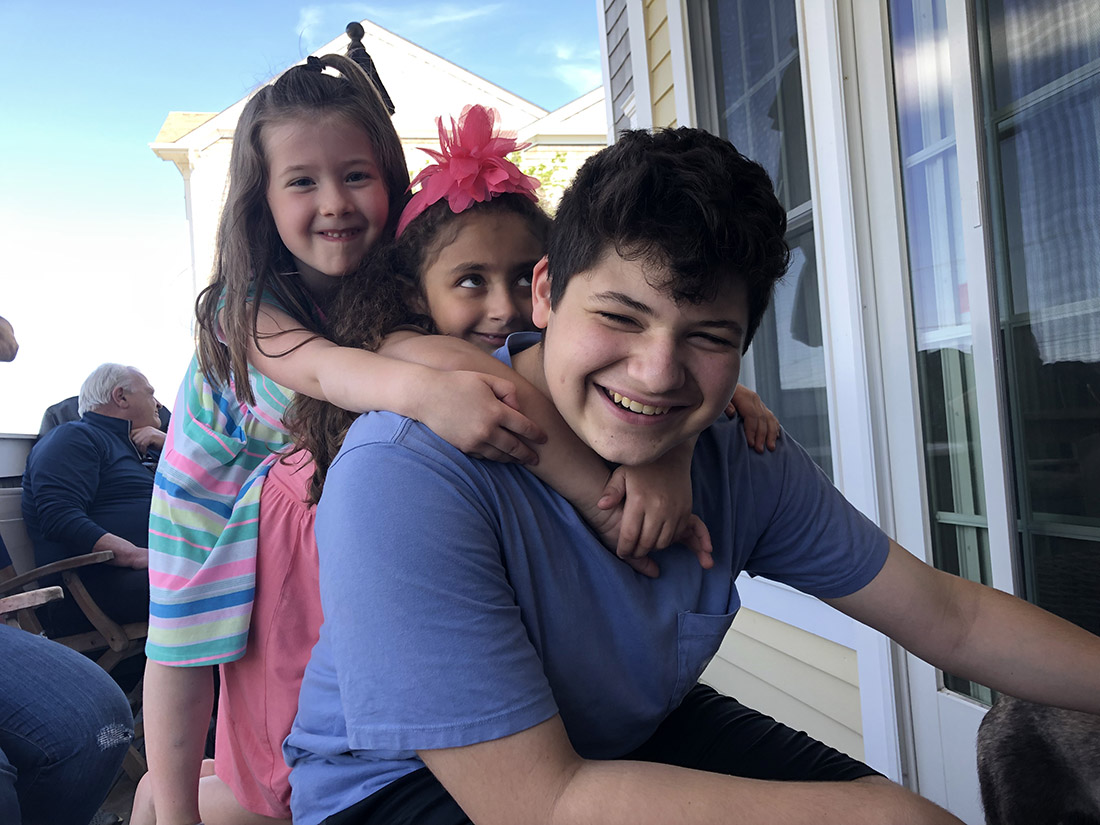 Noah (white shorts) next to Matt with lots of their friends 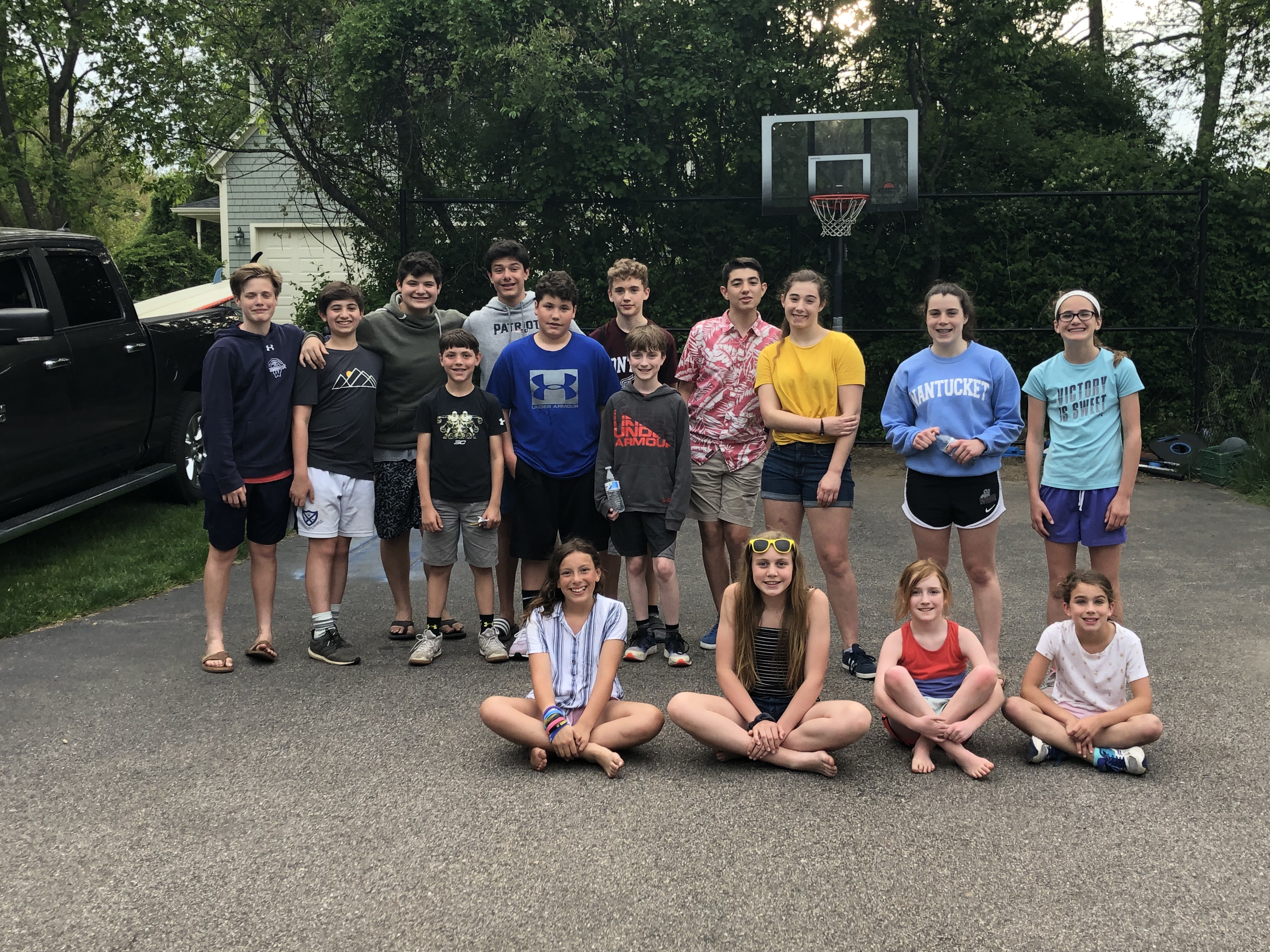 Zsia and family rented a house at the Jersey Shore 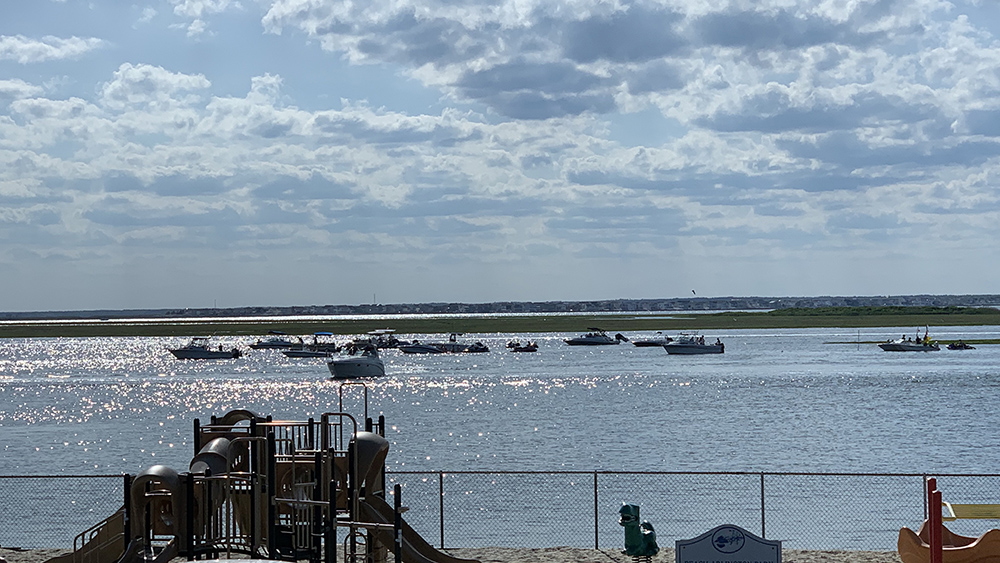 Early morning ... It had views of both the ocean and the bay when you sat on the deck 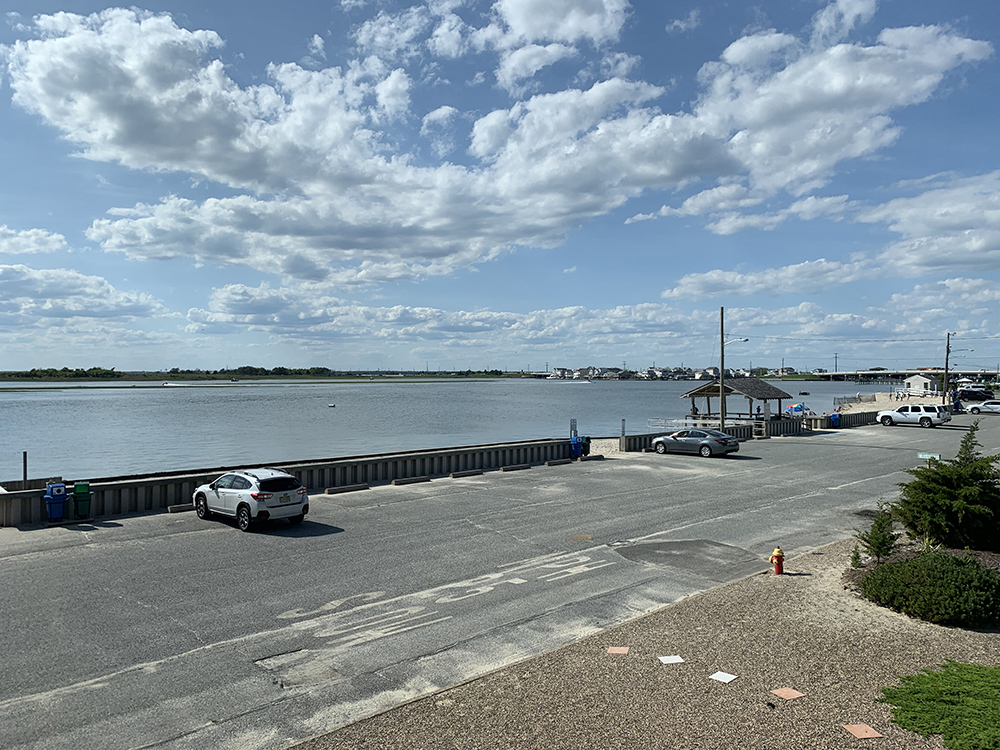 Zsia sent this final pic with the caption "End of a perfect holiday weekend.". 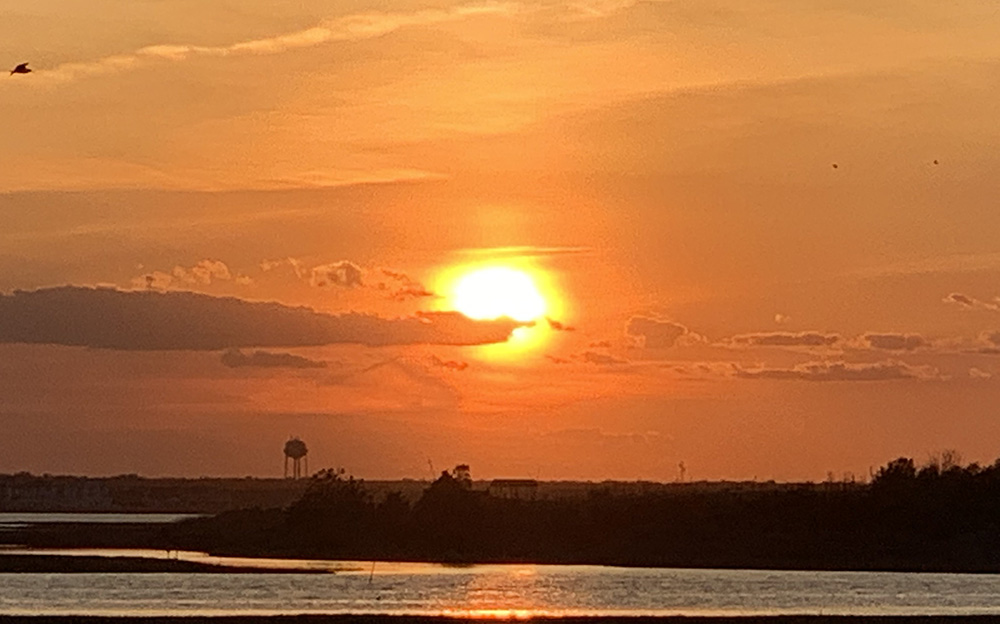