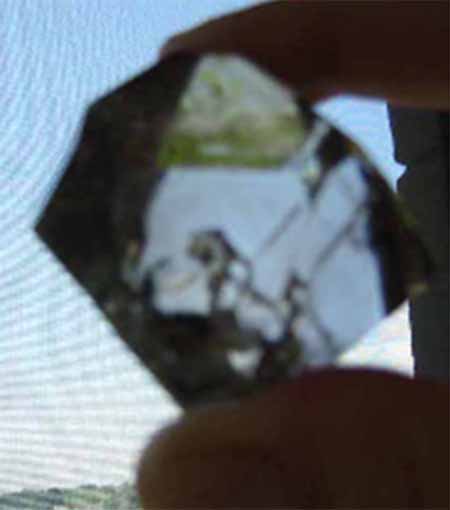 I rarely remember my dreams. This morning was different and more real than anything I ever experienced in dream time - yet that is to be expected as the grids merge in end times.

On a sunny day I saw myself on the top floor of a building in familiar surroundings which could have been my apartment. A TV was playing in the background as I conversed with another woman and two men. This felt unusual for me as I don't like to talk over external noise.

Suddenly there was a news alert announcing live coverage of a UFO over the city. We raced to the window - cell phones in hand to capture the moment. Off in the distance we could see a circular UFO. My thoughts were "It is looking for someone or something" as it circled several times.

In a flash a thought came to me "Tell them where you are." I responded with a telepathic message "I am here" at which point the enormous UFO came up to the window. I could see inside it was so close. I saw an occupant through a window to my left but its face was obscured.

I thought they were going to take me through the window as in UFO abductions. Instead they lifted the entire top floor of the building taking us all with them. I woke up with a jolt my heart racing. The clock read: 5:25.

I closed my eyes and asked, "What was that about?" I saw the big black eyes of the gray I call Solux looking at me. He said, "You woke up before the dream ended. Would you like me to show you the rest?" Yes. I closed my eyes as he presented the rest of the dream. Apparently he had come for me because of what was going on.

I fell back to sleep until 7 something then watched the news about Hurricane Dorian knowing we are getting closer, I am being watched, and the projections of reality are nothing more than lucid dreams in which we vicariously experience.