Love is in the Brain 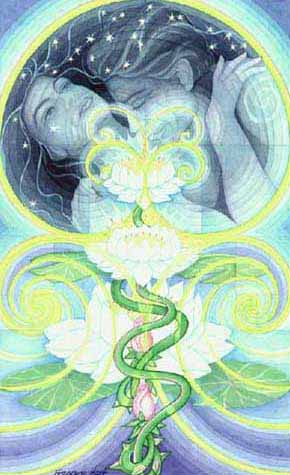 Love is the most sought after human emotion - having the highest frequency. In metaphysics love is equated with light and consciousness and all things positive including the quest to find a twin flame and a sexual connection body, mind, and soul that acts as a catalyst to higher consciousness. Sound good? It's the best ... with the right partner.

Everything, including emotions, originates in the brain - a computer that generates our experiences here in this human biogenetic experiment. The brain is an electrochemical machine that responds to external stimuli and memory. There is a "neural alchemy" that develops in the brain in childhood and continues throughout life in every important relationship we experience. The sense of feeling loved and cared for shapes the brain and the brain in turn shapes our relationships. Loving relationships contribute to longevity, medical and mental health, happiness and even wisdom.

More often than not, when we speak of love, we refer to the high one gets in a romantic relationship. We know that certain hormones (pheromones) are secreted when we fall in love. People who study metaphysics usually equate that with finding a soulmate from another lifetime who is destined to be with them forever and on and on about being on the same path.

At the end of the day ... usually 2 years into a relationship, we know that brain chemistry and alchemical connections generally change the nature of the relationship. The brain has shifted its focus after changes happen. Some people call it life, others wonder why they were attracted to the other person in the first place or just say that is not the person they fell in love with.

Let's look at the human condition. People seek love and compatible sex and often link the two. Here is what modern researchers have discovered about the love-brain connection .... 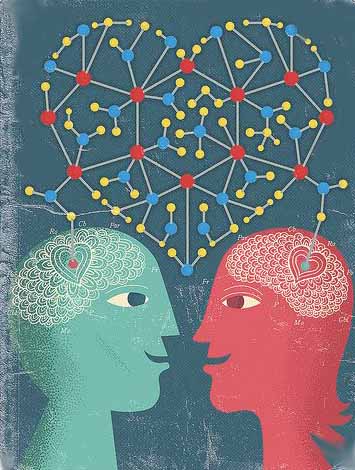 I want to know where love is: Research develops first brain map of love and desire   PhysOrg - June 20, 2012
Thanks to modern science, we know that love lives in the brain, not in the heart. But where in the brain is it - and is it in the same place as sexual desire? A recent international study is the first to draw an exact map of these intimately linked feelings.

"No one has ever put these two together to see the patterns of activation," says Jim Pfaus, professor of psychology at Concordia University. "We didn't know what to expect - the two could have ended up being completely separate. It turns out that love and desire activate specific but related areas in the brain."

They found that that two brain structures in particular, the insula and the striatum, are responsible for tracking the progression from sexual desire to love. The insula is a portion of the cerebral cortex folded deep within an area between the temporal lobe and the frontal lobe, while the striatum is located nearby, inside the forebrain. Love and sexual desire activate different areas of the striatum.

Somewhat surprisingly, this area of the striatum is also the part of the brain that associated with drug addiction. Pfaus explains there is good reason for this. "Love is actually a habit that is formed from sexual desire as desire is rewarded. It works the same way in the brain as when people become addicted to drugs."

While love may be a habit, it's not necessarily a bad one. Love activates different pathways in the brain that are involved in monogamy and in pair bonding. Some areas in the brain are actually less active when a person feels love than when they feel desire. "While sexual desire has a very specific goal, love is more abstract and complex, so it's less dependent on the physical presence someone else," says Pfaus.

According to Pfaus, cognitive neuroscience has given researchers a deep understanding of where intelligence and problem solving sit in the brain, but there is still a lot to discover when it comes to love. "I see this paper as a cornerstone," he says, "in what I hope will turn into more studies in human social neuroscience that can give us an idea of where love is in the brain."