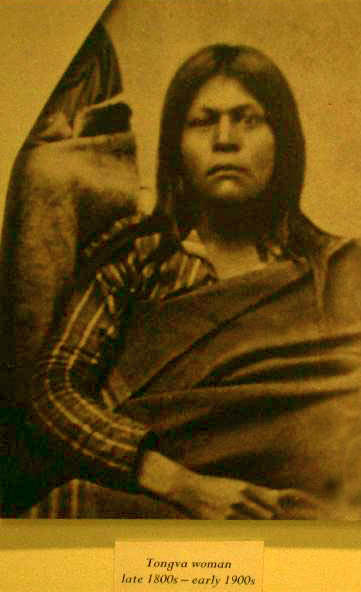 Juana Maria (died October 18, 1853), better known to history as the Lone Woman of San Nicolas Island (her Indian name is unknown), was a Native American woman who was the last surviving member of her tribe, the Nicoleno. She lived alone on San Nicolas Island from 1835 until her discovery in 1853. Scott O'Dell's award-winning children's novel Island of the Blue Dolphins (1960) was inspired by her story.

In 1811, approximately 30 Aleutian hunters from Russian Alaska began scouring the California coast for otters, whose pelts were referred to as "soft gold." Under contract to the Russian-American Company, the Aleuts were hired to hunt for several weeks on San Nicolas. This outing grew into a year. The otter population was decimated, and a bloody conflict between the Aleutians and islanders (who opposed the hunting) drastically reduced the population of the local men. By 1835, the island's Native American population, which had once numbered 300, had shrunk to around 20. Some sources give the number as seven, all female except for one man named Black Hawk. .... Read more ...


'Island of Blue Dolphins' Cave Possibly Found -   Discovery - November 1, 2012
Archaeologists might have finally found the cave of the Lone Woman of San Nicolas Island, whose solitary 18-year stay on a tiny island off the California coast inspired the children's classic "Island of the Blue Dolphins." "The cave had been completely buried under several meters of sand. It is quite large and would have made a very comfortable home, especially in inclement weather," Navy archaeologist Steven Schwartz said at the California Islands Symposium last week in Ventura.

One of the most famous people associated with the Channel Islands, the Lone Woman belonged to the Nicoleno, a Native American tribe who lived on the remote wind-blasted island of San Nicolas off the Southern California coast. The tribe was decimated in 1814 by sea otter hunters from Alaska. By 1835, less than a dozen Nicolenos lived on the island. At that time, the Santa Barbara Mission arranged a rescue operation which brought to the mainland all Nicolenos but the Lone Woman.

The most likely explanation for the abandonment is that a panicked crew, caught by a storm, turned the rescue schooner, named Peor es Nada ("Better Than nothing"), toward the mainland without much head counting. The woman lived alone on the island until a fisherman and sea otter hunter found her in 1853 and brought her to the Santa Barbara Mission. "She was found in a brush enclosure on the west end of the island, but she is believed to have lived in a cave during most of her 18 years of isolation," Schwartz, who has been investigating the island for more than 20 years, said. Since there is no known habitation cave on the tiny island -- which is now a Navy base -- the archaeologist concluded that the cavern must have collapsed and been buried.

The search took a new twist recently, when Schwartz obtained a unique document: a government survey map of the island dated from 1879 which pointed to an "Indian Cave" on the southwest coast. 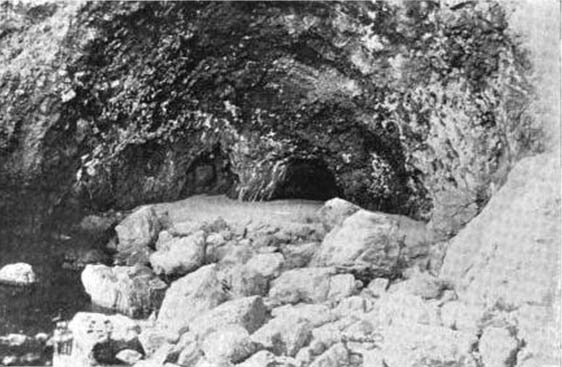 Preliminary excavation revealed a cave which is at least 75 feet long and 10 feet high.

According to Schwartz, ground-penetrating radar might show a layer of relics from the Lone Woman's era -- "perhaps even the markings she was said to have made on the walls," he told the Los Angeles Times. Further evidence for some sort of Robinson Crusoe struggling existence emerged two years ago from a steep cliff on the north coast of the island in the form of two redwood boxes. They contained more than 200 objects, including shells, bone tools, harpoon points, bone fishhooks and even a smoking pipe.

It may never be known just who left the boxes, but "it's at least a reasonable hypothesis" that it was the Lone Woman, University of Oregon archaeologist Jon M. Erlandson told the Los Angeles Times. Although the Lone Woman managed to live alone for 18 years on the wild, tiny island, she did not last long when she came back to "civilization" at a possible age of 50.

She died from dysentery only seven weeks after she arrived to the Santa Barbara Mission, unable to communicate, but totally fascinated by the new life she was discovering.

Indeed, her great fondness for food such as green corn, vegetables and fresh fruit, was probably the cause for her fatal illness. On her deathbed, the Lone Woman was baptized and christened Juana Maria. All of her personal possession, including the bone tools which had been brought back from San Nicolas Island, became part of the collections of the California Academy of Sciences, but were destroyed in the 1906 San Francisco earthquake and fire.