Below are the stories of two iconic figures in the music industry - Michael Jackson and Robert Kelly a.k.a. R. Kelly - who preyed on underage children creating physical and emotional harm that may never heal. Both men were acquitted of sexual abuse but eventually the truth will out as the victims come forward seeking justice and healing today in a world ready to listen and believe them.

In the case of Michael Jackson we have an emotionally disturbed man with substance abuse issues who enjoyed the company of young white boys having sexual contact with them and controlling them by saying if they told anyone they would all go to jail. Dan Reed's four-hour documentary "Leaving Neverland" allow Wade Robson and James Safechuck to tell their stories followed by an interview with Oprah seeking to bring awareness to widespread childhood sexual child abuse.

The R. Kelly story is still unfolding after his dramatic outburst during an interview with Gayle King followed by him being arrested for not paying child support. Kelly apparently preyed on underage black girls whose stories vary from criminal sexual abuse to what seems to be brainwashing. It is interesting to see how narcissistic people deflect guilt to others - unable to except and deal with their own crimes. 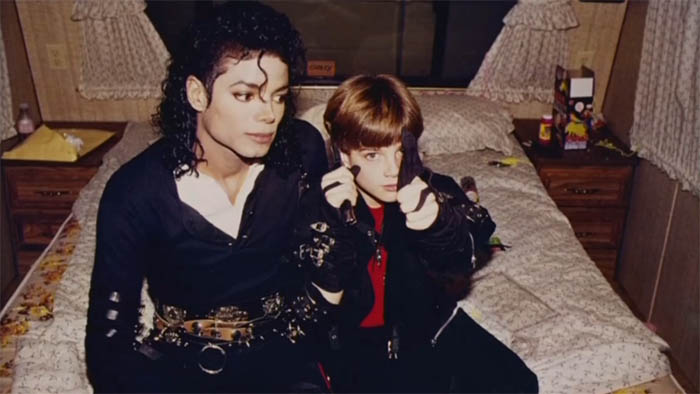 Leaving Neverland is a four-hour documentary about the healing journeys of two men - Wade Robson, 36, and James Safechuck, 40 - after years of mind control and sexual abuse by Michael Jackson who has been accused of being a pedophile. Looking at the bigger picture - things happened to Michael in childhood that remained unresolved - perhaps sexual abuse or ridicule after being caught with a boy in a sex act something unspeakable 50 years ago especially in a famous family.

I've never been a fan of the Jackson family - too many children and issues - too much abuse from their father - infighting over money and everything you've read about.

I always believed Michael was gay and had substance abuse issues as a result. Touching his genitals while dancing reflected at least one problem connected to his sexuality.

I know people are inclined to look at Michael's talent and immediately come to his defense but one should always look at the psychological profile of the person accused.

Michael's marriages - and the creation of his children - to me never resulted from sexual intimacy. He may have appreciated a beautiful woman but that does not mean there was attraction on his part.

I remember when he was accused of sexually molesting young men - boys if you will - and I believed the allegations just as I believe those against many of the men in the church and other places where men are supposed to support and protect children - who stand accused today. As we know from the #MeToo movement - unstable men in authority will take advantage and victimize others.

No matter who people are in society - if you take advantage of the innocent - your time will come to pay. In those years I think Michael paid people off but the truth will out. The situation is very unfortunate for all concerned especially Michael's three children who are in the process of becoming adults and have to deal with the fact that the man who raised them had sexual issues and took advantage of others. The two older children may have witnessed - or been aware of - some of what went on in Michael's bedroom. 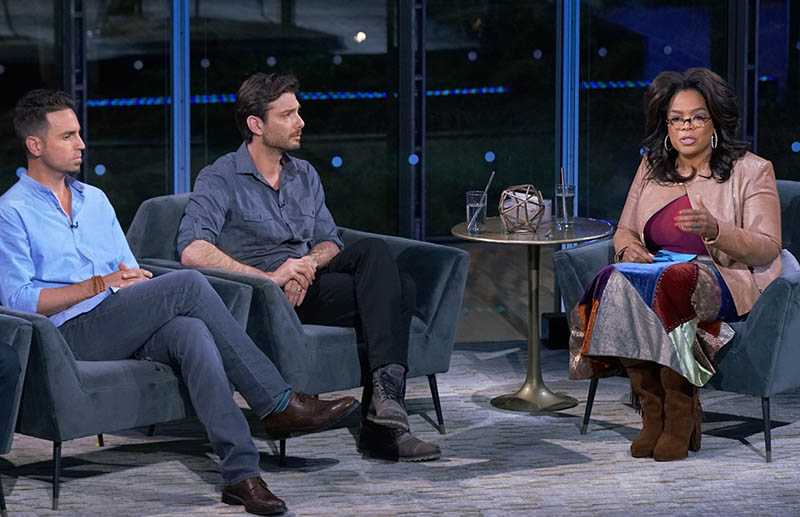 "Leaving Neverland" was followed by "After Neverland" featuring Oprah interviewing Wade Robson, Jimmy Safechuck, and the documentary's director Dan Reed - which not only deals with Michael Jackson but patterns of childhood sexual abuse.

"The reason I wanted to get involved with this after-show interview is because of an aspect of child sexual abuse that I struggled for years to express. When you spend your life holding the secret of childhood sexual abuse your whole childhood is a lie. It's the holding of the secret, it's the shame, it's the confusion, it's the guilt, it's the depression, then the nervous breakdown that happens to so many people."

There is much that Oprah shared based on years of trying to raise awareness about childhood sexual abuse. The premise is ... You heal yourself by healing others.

There is nothing that impacts more on a person than childhood sexual abuse. It often leads to dissociative identity disorder or multiple personality disorder. We like to think that everybody can be cured from mental illness, or at least get it under control. That is not always the case.

In our bipolar reality many are programmed to bipolar personality disorders based on their genetic makeup. We live in a broken reality filled with fractured souls and situations that we work very hard to heal and understand.

Suicide is up. Divorce is up. Programmed reality systems are collapsing. People are waking up. The journey of humanity is a simulation that is ending.

Michael Jackson was programmed to live his life the way it unfolded. It's actually amazing he lived as long as he did, perhaps having three young children gave him the strength to go on or maybe that was just his programming. I believe there are other men besides Wade Robson and Jimmy Safechuck - and those whose families sued Michael in court - who might come forward and speak to Michael Jackson being inappropriate with them as children. This saga is not over.

Some might say that wherever Michael's soul is, he seeks forgiveness.

"Leaving Neverland" is one of many documentaries that allow others to vicariously understand what may have happened to them.

Most sexual abusers were abused as children be it cultural, religious, sex trafficking, or the insanity of human programming. This continues until the simulation ends. 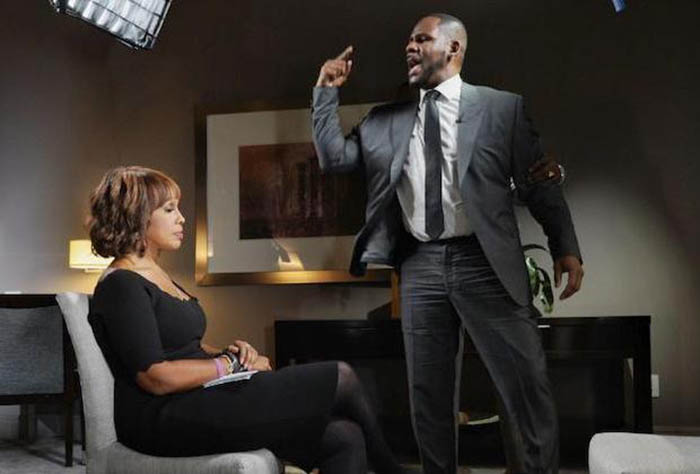 Gayle King sat down with R. Kelly in his Chicago apartment for a nearly 80-minute interview which most of us will remember as Kelly, 52, ranted, raged, cursed, and cried - showing poor impulse control (rage disorder) or, as some believe, he was just acting. He obviously has serious emotional problems and should not be doing interviews. He mentioned being sexually abused as a child but said it does not affect his behavior (denial). He vehemently denied having sex with underage girls saying his accusers are lying.

We will all remember Gail's composure during the interview and how she calmed him down by simply saying, "Robert". Kelly reminded me of a child having a temper tantrum with the mother letting him have his outburst but not responding emotionally. Nothing is more upsetting to someone with rage disorder than being ignored. Gayle said she didn't feel Kelly was gong to attack her but he could have accidentally hurt her.

At the conclusion Gail told viewers: "If R.Kelly is shining any light now it's on the national conversation about sexual abuse and the behavior of the powerful towards the vulnerable. As we've seen tonight, it's a conversation long overdue and one that still has a long way to go."