Here's another theory about a possible secret chamber in the Great Pyramid of Giza. I don't know if this is posted to increase tourism or to stir the memories of those connected to ancient Egypt. As always in this part of reality, truth remains hidden, much like the chambers themselves.

Is there a hidden chamber in the Great Pyramid of Giza? Researchers say they are on the verge of finding a secret 'recess' in the ancient wonder of the world   Daily Mail - August 8, 2017
A number of major media outlets are this week running a story about 'secret rooms' discovered in the Great Pyramid of Egypt. For example, Newsweek's article, with the mildly hyperbolic title "Secret Room Discovered in Great Pyramid by Archaeologists Armed with Lasers", says that ...

Great Pyramid of Giza could be hiding 4,000-year-old secret   New York Post - August 8, 2017
Experts think they're on the verge of solving a mystery about this awe-inspiring wonder of the ancient world. Scientists believe there is a hidden recess lurking within the Great Pyramid - and they could be about to pinpoint exactly where it is. Also known as the Khufu Pyramid, this gigantic structure was completed in around 2,560 BC and stood about 479-feet high - making it the tallest man-made structure in the world for more than 3,800 years. Now a team working on a project called ScanPyramids is about to use two techniques known as infrared thermography and muography in an attempt to uncover the secrets of this hidden chamber.


The Anunnaki, The Cuneiform Tablet, and The Pyramid Texts 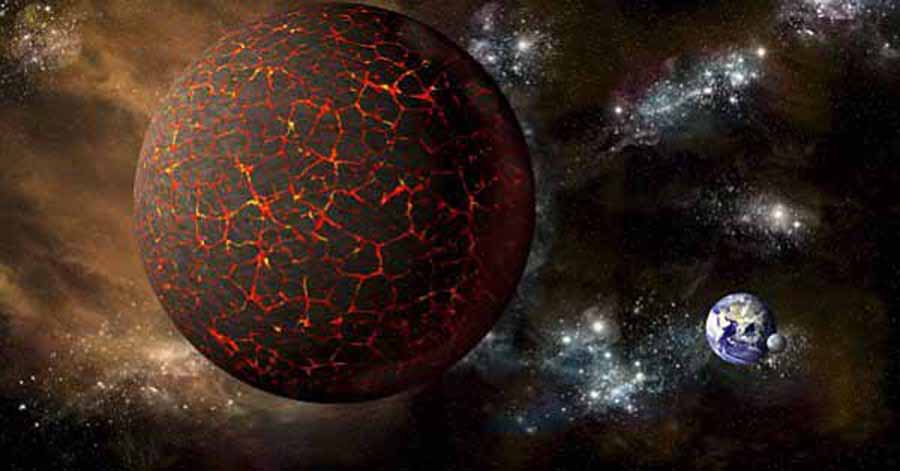 Once upon a time on planet Earth - in the 20th and 21st centuries - there was talk of the return of a planet (or spaceship) called Nibiru in end times - a theory linked to the return of the Anunnaki Gods. Humans waited but nothing ever happened though every once in a while Nibiru theories would resurface. Here is the 2017 version. Does anybody believe this or the purpose to awaken memories?