Helen Gurley Brown (February 18, 1922 - August 13, 2012) died today at age 90. We were both Aquarians (my birthday February 17th), Jewish, and from New York City. I was 19 years old when Brown's bestseller Sex and the Single Girl was first published in 1962 - forever changing the role of women. Brown wrote - You can have the job, the man, the money and all the sex you want - and we women believed her. Women, as well as men, began to understand a woman's needs on many levels and that we were about to become a powerful force in society. Can you balance marriage and family with career? It's not easy but with the right support system, it can be done. It's like multitasking - you can only place your focus to some degree in one situation at any given time.

Brown was the consummate New Yorker with her flair for fashion always "thinking outside the box". Her advice columns ran for decades in Cosmopolitan Magazine where she was the trailblazing editor-in-chief for 32 years. I remember joining a modeling agency to become a CosmoGirl as I had the boobs for it in a world of flat chested models - but that didn't pan so I moved on to other things. It all happens as is meant in programmed time. Today, in honor of Helen Gurley Brown's passing, New York Mayor Michael Bloomberg said in a statement, "New York City lost a pioneer who reshaped not only the entire media industry, but the nation's culture. She was a role model for the millions of women whose private thoughts, wonders and dreams she addressed so brilliantly in print."

Are women free today? In some areas, but the issues still remain though handled with greater clarity. "Sex and the Single Girl" came out the same year as a group of souls I labeled the "Issues With Tissues Healers" were born. I've been blogging about them since 1995 and understanding their journey since they starting coming to me for readings as they hit their first Saturn Return (around age 28). They are still coming here as if I attract them like a magnet. Wow ... they're turning 50 this year, still working on themselves, and almost at their second Saturn Return. Their mission was to open the door to the next revolution ... the psychics, healers, energy workers, etc. and all that walking wounded stuff that allows us to know how dysfunctional humans are programmed. If you're lucky you are programmed to have fun in life - if not you're screwed - perhaps still single and wondering why The One hasn't come along - or if they ever will. Few born in 1962 and 1963 found the perfect partner yet most still believe he (or she) is out there - truth and programming in contradiction.

Can you have it all as Helen Gurley Brown believed? Only if you're programmed to that end. Future books would teach the Synchronicity Principle - among the more popular The Celestine Prophecy and The Secret to help you understand how the program works. You are projected illusion in a hologram. It's all science and math (binary code and the brain) as hopefully you have figured out.

Return to the Feminine meaning the return to
higher frequencies of consciousness and light.

Reality is after all just a story set in time in
black and white and sometimes living color. 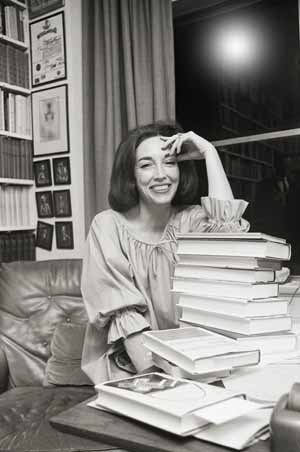 "Baby I'm Yours" keeps replaying in my head ...

Baby I'm yours
And I'll be yours until the stars fall from the sky
Yours until the rivers all run dry
In other words, until I die

Baby I'm yours
And I'll be yours until two and two is three
Yours until the mountain crumbles to the sea
In other words, until eternity