Free Will is an illusion, but then again so is everything else.
If Free Will existed in physical reality - we would all be free.
Humans are programmed to believe they have free will,
to bring hope, but it is all part of the illusion.
You are your programmed DNA codes. 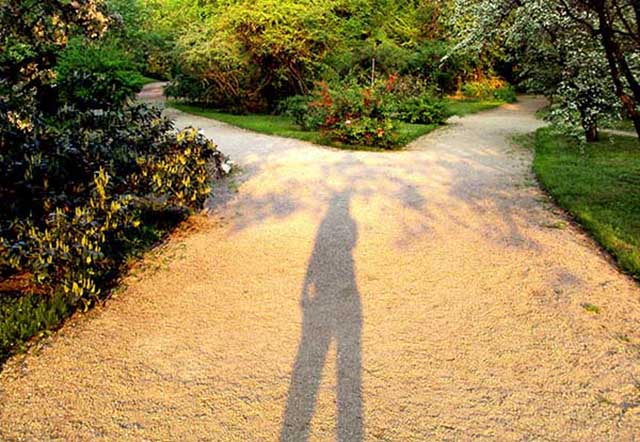 Free Will May Just Be the Brain's 'Background Noise,' Scientists Say

It's a question that has plagued philosophers and scientists for thousands of years: Is free will an illusion? Now, a new study suggests that free will may arise from a hidden signal buried in the "background noise" of chaotic electrical activity in the brain, and that this activity occurs almost a second before people consciously decide to do something.

Though "purposeful intentions, desires and goals drive our decisions in a linear cause-and-effect kind of way, our finding shows that our decisions are also influenced by neural noise within any given moment," study co-author Jesse Bengson, a neuroscientist at the University of California, Davis. This random firing, or noise, may even be the carrier upon which our consciousness rides, in the same way that radio static is used to carry a radio station. This background noise may allow people to respond creatively to novel situations, and it may even give human behavior the "flavor of free will," Bengson said.

But if free will is an illusion, why does it feel so real? Though that's still a mystery, one theory is that life would be too depressing without the illusion of choice, making it hard for humans to survive and reproduce. "The idea is that you have the illusion of free will as an artifact to be able to get through life," Mazaheri told Live Science. 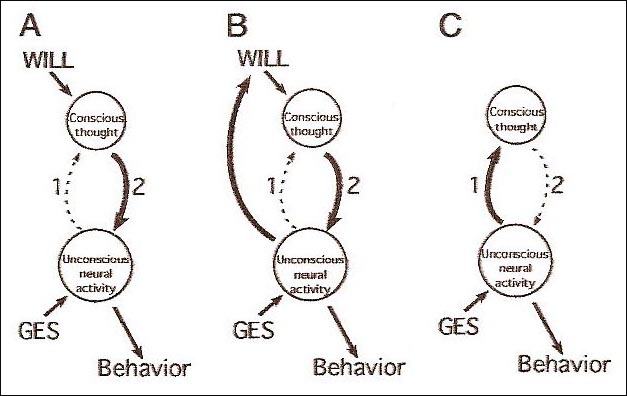 Free will is an illusion, biologist says

When biologist Anthony Cashmore claims that the concept of free will is an illusion, he's not breaking any new ground. At least as far back as the ancient Greeks, people have wondered how humans seem to have the ability to make their own personal decisions in a manner lacking any causal component other than their desire to "will" something. But Cashmore, Professor of Biology at the University of Pennsylvania, says that many biologists today still cling to the idea of free will, and reject the idea that we are simply conscious machines, completely controlled by a combination of our chemistry and external environmental forces.

Cashmore's argument is that free will is an illusion derived from consciousness, but consciousness has an evolutionary advantage of conferring the illusion of responsibility. So what is the point of publicizing the fact that we have no free will, and letting everyone off the hook of individual responsibility? Cashmore says that, as researchers deepen their understanding of the molecular basis of human behavior, it will become increasingly difficult to entertain the fallacy of free will.

In a recent study, Cashmore has argued that a belief in free will is akin to religious beliefs, since neither complies with the laws of the physical world. One of the basic premises of biology and biochemistry is that biological systems are nothing more than a bag of chemicals that obey chemical and physical laws. Generally, we have no problem with the "bag of chemicals" notion when it comes to bacteria, plants, and similar entities. So why is it so difficult to say the same about humans or other "higher level" species, when we're all governed by the same laws?

As Cashmore explains, the human brain acts at both the conscious level as well as the unconscious. It's our consciousness that makes us aware of our actions, giving us the sense that we control them, as well. But even without this awareness, our brains can still induce our bodies to act, and studies have indicated that consciousness is something that follows unconscious neural activity. Just because we are often aware of multiple paths to take, that doesn't mean we actually get to choose one of them based on our own free will. As the ancient Greeks asked, by what mechanism would we be choosing? The physical world is made of causes and effects - "nothing comes from nothing" - but free will, by its very definition, has no physical cause. The Roman philosopher and poet Lucretius, in reference to this problem of free will, noted that the Greek philosophers concluded that atoms "randomly swerve" - the likely source of this movement being the numerous Greek gods.

Today, as researchers gain a better understanding of the molecular details underlying consciousness, some people think that we may discover a molecular mechanism responsible for free will - but Cashmore doesn't think so. Such a discovery, he says, would require a new physical law that breaks the causal laws of nature. As it is, the only "wild card" that allows any room for maneuvering outside of genetics and one's environment is the inherent uncertainty of the physical properties of matter, and even this stochastic element is beyond our conscious control. (However, it can help explain why identical twins growing up in the same environment are unique individuals.)

To put it simply, free will just doesn't fit with how the physical world works. Cashmore compares a belief in free will to an earlier belief in vitalism - the belief that there are forces governing the biological world that are distinct from those governing the physical world. Vitalism was discarded more than 100 years ago, being replaced with evidence that biological systems obey the laws of chemistry and physics, not special biological laws for living things. I would like to convince biologists that a belief in free will is nothing other than a continuing belief in vitalism (or, as I say, a belief in magic), Cashmore told PhysOrg.com.

It all seems quite rational, so why is our lack of free will so difficult to accept for many people? Cashmore explains that there are several compelling reasons that people have for believing in free will, not the least of which is that we have a constant awareness of making decisions that seem to be driven by our own volition. In addition, free will is a very useful concept when it comes to the justice system; we take responsibility for our criminal actions and accordingly, are eligible for personal punishment, which is deemed to be necessary for protecting society.

However, Cashmore argues that there are deeper explanations for why we think we have free will. He thinks that there must be a genetic basis for consciousness and the associated belief in free will. Consciousness has an evolutionary selective advantage: it provides us with the illusion of responsibility, which is beneficial for society, if not for individuals as well. In this sense, consciousness is our 'preview function' that comforts us into thinking that we are in control of what we will (or at least may) do ahead of time. As Cashmore notes, the irony is that the very existence of these 'free will genes' is predicated on their ability to con us into believing in free will and responsibility. However, in reality, all behavioral decisions are nothing more than a reflection of our genetic and environmental history.

"Whereas the impressions are that we are making 'free' conscious decisions, the reality is that consciousness is simply a state of awareness that reflects the input signals, and these are an unavoidable consequence of GES [genes, environment, and stochasticism]," Cashmore explained.

Few neurobiologists would argue with the notion that consciousness influences behavior by acting through unconscious neural activity, he said. More controversial is the notion that consciousness plays a relatively minor role in governing our behavior. The conscious mind is conceivably more a mechanism of following unconscious neural activity than it is one of directing such activity. I find it interesting to compare this line of thinking with that of Freud, who created a controversy by suggesting that the unconscious mind played a role in our behavior. The way of thinking regarding these matters now has moved to the extent that some are questioning what role, if any, the conscious mind plays in directing behavior. Namely, Freud was right to an extent that was much greater than he realized.

Perhaps the most obvious impact of this paradigm shift will be on our judicial system, in which the notions of free will and responsibility form an integral component. Currently, in order to be found guilty, a criminal must be considered responsible for his actions; otherwise, he can be found not guilty by reason of insanity.

Cashmore disagrees with these rules, noting that psychiatric research is finding its way more and more into the courts and causing time-wasting debates. (For example, is alcoholism a disease? Are sex crimes an addiction?) "Where is the logic in debating an individual's level of responsibility, when the reality is that none of us are biologically responsible for our actions?" he said.

Cashmore proposes a change, based on "the elimination of the illogical concept that individuals are in control of their behavior in a manner that is something other than a reflection of their genetic makeup and their environmental history."

He says that psychiatrists and other experts on human behavior should not be involved in initial judicial proceedings. The jury should simply determine whether or not a defendant is guilty of committing a crime, and not be concerned with mental issues. Then, if the defendant is found guilty, a court-appointed panel of experts would advise on the most appropriate punishment and treatment.

Cashmore argues that, even though individuals are not biologically responsible for their actions, in order to minimize criminal activity, people should still be held accountable, and be punished when necessary. Such punishment is rationalized on the grounds that it will serve as an incentive (an environmental influence) not to participate in criminal behavior.

"Here I introduce the practice of 'I am sorry about this but I am going to have to beat you,'" Cashmore said. "This punishment is rationalized in the sense that it serves as a lesson to individuals not to break the law. So people would be held accountable for their actions, even though they are not biologically responsible for such actions. This punishment may involve fines or placing people in prison.

Such punishment should not reflect any sense of retribution, and given this I do not personally see how one could continue to impose the death penalty - the alleged effectiveness of such a penalty presumably being far outweighed by its unfairness. The exact way in which one balances the presumptive requirement for punishment, and the lack of biological responsibility, would indeed be difficult, and would require much discussion within the legal system and society as a whole."

He said that tailoring punishment on an individual basis is presently done, at least to some extent.

"Why is it important to make a change? Because increasingly the legal system is being forced to confront the reality that people's behavior is governed by nothing other than their biological history: their genes, their environment and a degree of stochasticism (if you wish, a degree of chance).

The legal system is increasingly seen to be a farce, with lawyers spending endless time and money debating this nonsensical question of how responsible or not their clients are. Why nonsensical? Because no one is biologically responsible for their actions. As Francis Crick said, 'Dream as we may, reality knocks relentlessly at the door.' And as a result of the rapid and ongoing progress in neuroscience, the reality that individual behavior is governed by one's genetic and environmental history is becoming increasingly apparent."