Ellie and the Ancient Aliens


The Shining Ones - Ellie morphing into Anunnaki Dilmun 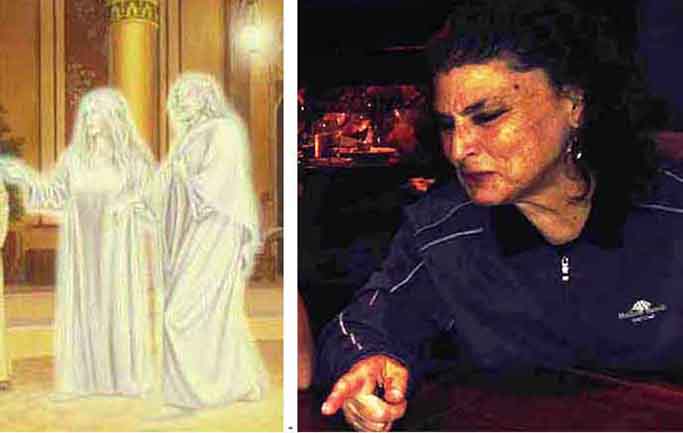 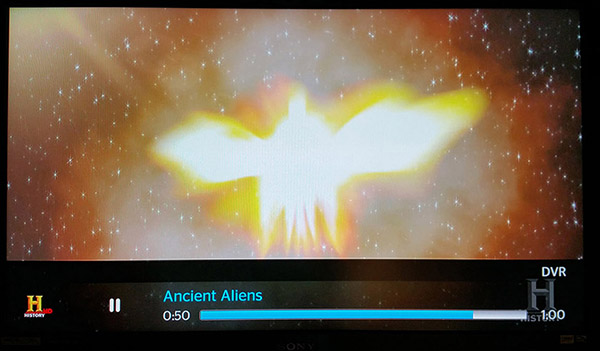 Friday night Ancient Aliens presented The Alien Brain wherein they explored the potential of the human brain from science to pseudo-scientific perspectives to figure out alien-human biogenetic connections. Don't forget that aliens were placed into the simulation just as Gods were in other subroutines so humans will believe that something greater than themselves created everything. Religion is myth. The brain tells us something is real ... therefore we believe and experience.

The Alien Brain Tagline: Telepathy. Precognition. Psychokinesis. Is it possible that the human brain possesses extraordinary untapped abilitiesągiven to us by extraterrestrial beings? Abilities that, once harnessed, will enable the next step in the evolution of humankind?

Ancient Alien Theorists are trying very hard not to overstep while seeking to prove human-alien connections scientifically. Science and pseudoscience merge at the end of time. When time ends and the experiment Fades to Black - in that instance everyone will understand - or as people refer to say - enlighten.

12 around 1 to telepathically create a simulation in physical reality.

The Alien Brain mentions the Anunnaki as the Shining Ones which takes us to Z and me.

This is weird ... as I sit here writing this I feel a strong sensation around the back of my head. This is the second time in recent days I have experienced this when thinking about the Anunnaki. On one level I feel a merge of body, mind and soul to remember something. Wait.... I remember this ... the Shining Ones are who I saw when I was on the UFO at age 11 - 11 of course being part of binary code and the Golden Ratio. I have always described them as robed figures - male and female - the boy seated bedside me on a circular bench. I reason their persona must have been screened images or projected illusion but this is what I remember. This takes me to Ellie as Dilmun (pic above) as another link to creation.

When I close my eyes I see a squared-off hourglass but it is now sideways and empty. ... Something is shifting within me which I believe is going to accelerate as we come to the end of the hologram. .... This energy is now lowering into my spine as I sit here typing ... perhaps a further activation of some kind. Whatever it is I feel I will have my answer in the not-too-distant future.

Speaking of the Hologram ... The Alien Brain mentioned Michael Talbot's book - The Holographic Universe as slowly but surely the understanding of the nature of reality as an illusion set in time is disseminated (seeded) into human consciousness like sand lowering into an hourglass. To quote Macdonald Carey ... "These are the Days of our Lives."

In science or pseudoscience - however your brain is programmed - humans are coming close to understanding that reality is nothing more than a consciousness grid experiment in which we experience vicariously to study emotions. It's all projected illusion.

Gray aliens may vary in appearance - the enlarged head representing consciousness. The oval liquid black eyes (reminiscent of dark matter) - represent the universe created through a black hole which looks like an eye and goes to many related metaphors mentioned in Crystalinks.

The scientific studies in The Alien Brain took me back to my early years as a remote viewer with friends and for the government - fun stuff - very easy - especially when done with someone on the same frequency at that time. Remote viewing can take you into the grids but not beyond. Nothing takes you beyond because there is nothing.

People engage in different types of experiences to understand what lies beyond this reality. Whatever works. It is all part of their DNA programming activated by the algorithm of reality and the brain (binary code) . Some of the graphics in the episode portray time travel as the Fibonacci sequence ... Golden Ratio which recycles experiences in different subroutines/algorithms of the simulation.

I just realized that the sensations I was feeling a few minutes ago in my brain and spinal column have subsided. When I first came into metaphysics - like most of you - physical sensations were sort of a tap on the head that information is being downloaded so pay attention. It's been years since I've had an experience like this. But now it starts again with a different venue of information that is flowing through allowing me to know we are close. Got it! Actually if I focus on my brain and spine I can activate that sensation at will. Great stuff.