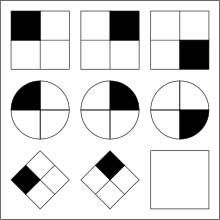 An intelligence quotient, or IQ, is a score derived from one of several standardized tests designed to assess intelligence. The abbreviation "IQ" comes from the German term Intelligenz-Quotient, originally coined by psychologist William Stern. When current IQ tests are developed, the median raw score of the norming sample is defined as IQ 100 and scores each standard deviation (SD) up or down are defined as 15 IQ points greater or less, although this was not always so historically. By this definition, approximately 95 percent of the population scores an IQ between 70 and 130, which is within two standard deviations of the median.

IQ scores have been shown to be associated with such factors as morbidity and mortality, parental social status, and, to a substantial degree, biological parental IQ. While the heritability of IQ has been investigated for nearly a century, there is still debate about the significance of heritability estimates and the mechanisms of inheritance.

IQ scores are used as predictors of educational achievement, special needs, job performance and income. They are also used to study IQ distributions in populations and the correlations between IQ and other variables. Raw scores on IQ tests for many populations have been rising at an average rate that scales to three IQ points per decade since the early 20th century, a phenomenon called the Flynn effect. Investigation of differing patterns of increases in IQ battery subtest scores informs current research on human intelligence. Read more ... 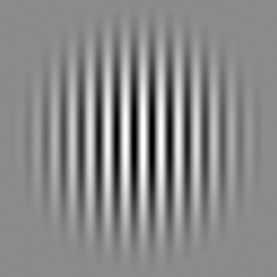 
High IQ may reflect the ability to both think fast and ignore distractions. For more than a century researchers have been trying and failing to link perception and intelligence - for instance, do intelligent people see more detail in a scene? Now scientists at the University of Rochester and at Vanderbilt University have demonstrated that high IQ may be best predicted by combining what we perceive and what we cannot.

In two studies in the journal Current Biology, researchers asked 67 people to take IQ tests. They then viewed milli-second-long video clips in which black-and-white stripes moved left or right. The split-second films challenged viewers: the stripes moved within a circular frame that could differ in size, varying from the width of a thumb to a fist held at arm's length. After each clip, the viewers guessed whether the bars moved toward the left or right.

The investigators discovered that performance on this test was more correlated with IQ than any other sensory-intelligence link ever explored - but the high-IQ participants were not simply scoring better overall.

Individuals with high IQ indeed detected movement accurately within the smallest frame - a finding that suggests, perhaps unsurprisingly, that the ability to rapidly process information contributes to intelligence. More intriguing was the fact that subjects who had higher IQ struggled more than other subjects to detect motion in the largest frame.

The authors suggest that the brain may perceive large objects as background and subsequently may try to ignore their movements. "Suppressing information is a really important thing that the brain does," explains University of Rochester neuroscientist Duje Tadin. He explains that the findings underscore how intelligence requires that we think fast but focus selectively, ignoring distractions.