Life throws you many curves and you are often tested. There needs to be a defining line
that those close to you know you will never cross in your journey through time.

Guilty and getting away with it - You can't make this stuff up. 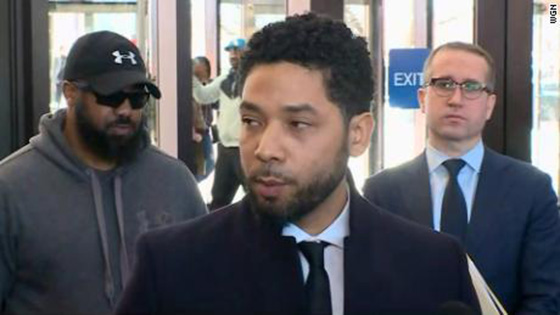 Do the wealthy and powerful get away with criminal activity? Do you have to ask?


The justice system has presented many twists and turns these days. First Trump - Now Jussie Smollett who made an error in judgment and will pay the price financially, emotionally, and in other ways for the rest of his life.

With Trump I never thought he was a Russian agent/asset. He doesn't have the skills, is not smart enough, and is a puppet put into place to do exactly what he's doing on the world stage. I neither hate nor like him, I just see his role in the bigger picture of reality, and yes I agree he is a criminal as are most people who run the world which will come back to haunt him in the future. The Mueller Report may be finished but the search for answers is just beginning.

Next case - Lori Loughlin who has done what others have for decades - try to cheat the system because of who she is. A heavy fine and loss of reputation and income should be enough but there could be white collar jail time for her and others.

Next case - Michael Avenatti - another sleazy character we met since Trump became president. Let's see .. domestic violence, tried to extort Nike for $20m, wire and bank fraud, and wanted to run for president. "Lock him up".

Next case - R. Kelly accused of sexual abuse by multiple women - some under age.

At the end of the day there needs to be a level of accountability for one's actions. That day will come for all of the above and others.