My first conscious memory as newborn Elinor Crystal was whooshing through some sort of tunnel (grid) from the Time Travel Experiments of World War II to Ellie Crystal in Brooklyn 76 years ago on 2.17.43 one year before World War II ended. For much of my life I have had memories of being a physicist during WWII working in secret underground labs in Europe and Antarctica. This is linked to my alien experience in the Nevada Desert in 1954 at age 11. Throughout my life I would always look at the bigger picture of what's going on behind the scenes versus the dramatic details of what's happening in physical reality in a given experience.


Brooklyn, NY July 1989 - My first remote view (placing your conscious awareness in two grids simultaneous) - was by phone with a new friend named Deja (Cheryl) Allison at home in Rhode Island. She and I had independently established a connection through memories of aliens and time travel and now it was time to see where it would take us. Instantly we found ourselves in the same place - Antarctica where we would revisit from time to time until her death on March 28, 2013.

I find it coincidental that Ancient Aliens featured an episode Friday called Return to Antarctica. As comparing what we viewed to the Ancient Alien episode there are some similarities with details omitted.


Ellie in her Pyramid, Deja doing the voiceover, and the UFO

Taking you on a journey to your Pyramid-UFO connections


In our remote view, as I looked around, the circular ships seemed antiquated though I didn't have had a linear frame of reference. As I moved along there were endless spaceships, piled on top of each other, that appeared to have been abandoned in the distant past as if a dumping ground.

Further along were lighted passageways with symbols on them that stretched on and on and somehow we're connected to me, both as a scientist and someone who came to this place at a time I do not recall as it appeared to be so far in the past or before time began.


In the years that followed we became a group of 12 remote viewers (12 around 1 to create a simulation in time) who often visited Antarctica and were part of my WWII experiences and extraterrestrial connections. Sometimes our combined energies allowed us to not only see what was going on but to hear what one would call unique sounds that we could not place.

As we explored the ancient ships we realized they were abandoned because they were no longer useful having found more advanced ways of traveling through time and space.

On this day the world remembers and honors those who served their countries on D-Day - the Normandy landings initiating the Western Allied effort to liberate mainland Europe from Nazi occupation during World War II - in this experience as many speculate a different outcome in other realities of the simulation. As it's all an illusion anything is possible.

The only outcome of interest to me - and that for which I return here - is closure - Fade to Black - End Simulation.

We understand that by our bipolar (electromagnetic energy) creation, we are an aggressive crazy species who seem to thrive on drama in its many forms - create it then find your way out.

We play many roles in different layers, levels, dimensions, and realities, some physical, some not depending where you wish to place your consciousness at any given time.

The great minds of the WW II subroutine included Einstein, Tesla and others whose work I feel I was part of at some point as a German Jewish physicist or perhaps in another form, one more alien.

The resonances of that grid portal remain with me to this day allowing me to wonder if there is a synchronicity between that timeline and "Fade to Black".

For today, if there is a member of your family who was part of the Invasion Normandy on D-Day honor the programming to free the world from enslavement by a crazy man who thinks he can rule the world and create an Aryan Race of advanced humans. We know how that relates to today's experience though we take it to technology given to us by extraterrestrials to create another advanced experience called artificial intelligence.

This morning I turned on the TV as Trump and French president Macron stood beside their wives during the ceremonies of the 75th anniversary of the Normandy invasion or D-Day. As everyone looked straight ahead towards the water - Trump who does not have a long attention span - was glancing to his left then his right - doing it again as if he might miss something. He appeared to be part of the ceremonies but as we know Trump's focus changes from moment to moment and is only stable when he is the center of attention.

Hitler was a crazy person who brought humanity to a low point (frequency) as he was programmed to do. Many people I speak to are scared that Trump will start another war as he speaks without thinking and antagonizes our allies. I don't see him taking us to war but I do believe he has yet to fulfill his programmed mission to bring the truth about extraterrestrial connections and other matters of conspiracy having to do with church (answers are hidden under the Vatican), state, science and technology. We all know Trump's psychological profile towards those who say nice things about him and others who criticize. He really does see himself as a stable genius. I guess Hitler did also along with other world leaders in every timeline.

However this plays out I still feel more of an observer than a participant having nothing to do with my age just my mission. I feel is there is a connection that links us back to World War II when all of this began and in true Ouroboros fashion brings us full circle hopefully in 2020. It's all about codes and designations - 2012 included.

6-6-44 is a code that takes us to 1010 Binary Code and Fibonacci Numbers to create a simulation in physical reality. 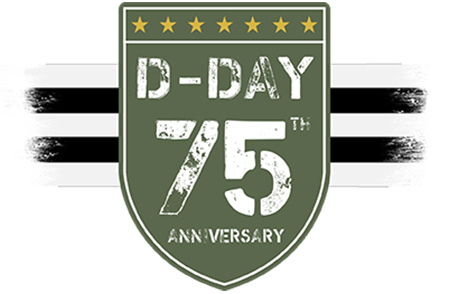 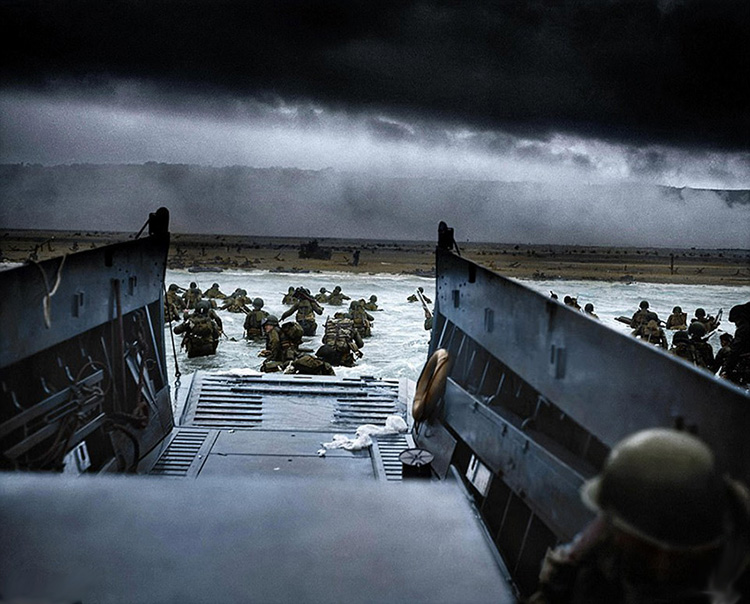 D-Day Allied Invasion of Normandy -- 75th Anniversary in the News