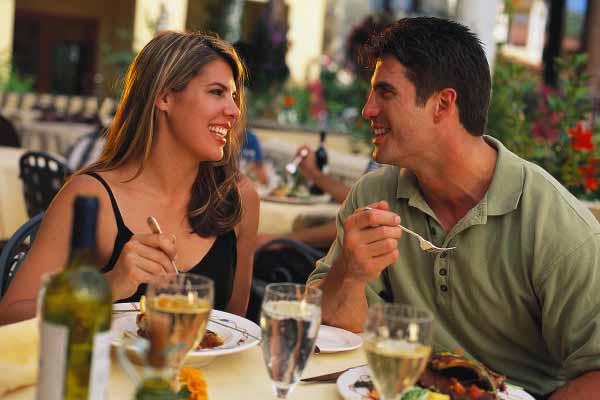 We will know about the notorious bootie call when someone calls someone for the sole purpose of arranging a time to "hook up". Now I read about something called a "Foodie Call" which happens when someone accepts a dinner date even though they aren't romantically interested in the other person - just to get a free meal.

This takes us to who pays the bill. I have seen many different scenarios from - the man always pays (my generation), the person who extends the invitation pays, the bill is split, separate checks, other. Then there's the expectation of sex after dinner. That also varies with the two people and the nature of their relationship. Dating is complicated.

The Psychology of the "Foodie Call"   Psychology Today - September 3, 2019
According to traditional dating etiquette, when a man meets a woman he finds attractive, he invites her out for dinner and entertainment at his expense. It's understood that by accepting the date, the woman is signaling her romantic interest in the man. In the 21st century, however, dating has gotten far more complicated. This is especially true for those who still cling to traditional notions of dating dynamics, as they become targets for scammers who want to game the system. One example of this is what's known as the foodie call.

In this study, the researchers tested a hypothesis about the characteristics of someone who would engage in a foodie call. Specifically, they predicted that such persons would score high on a constellation of personality traits known as the ędark triad.ė Namely, these are:

Machiavellianism. These people manipulate and deceive others for their own benefit.

Psychopathy. These people lack empathy for the plight of others and feel no remorse for their own harmful actions.

Narcissism. Narcissists have an inflated sense of self-importance and entitlement. Furthermore, while theyšre socially adept, they have little interest in building deep relationships with others.