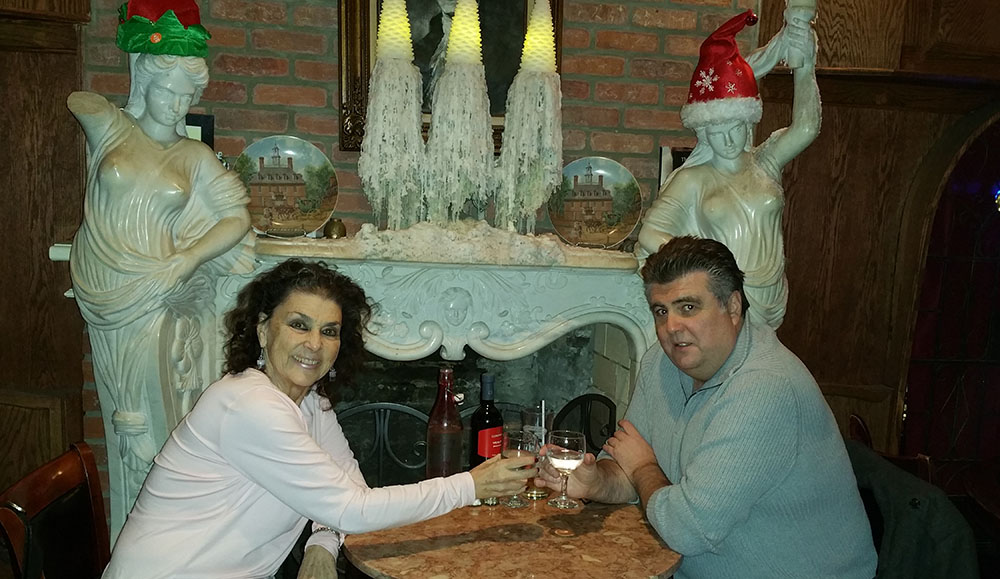 It seems 2017 has been an exhausting year for most of us. I have seen more posts about pain and suffering this past year then I have ever seen before. So many of my closest friends have been dealing with life shattering situations and emotional turmoil. If only a few people are willing to share their problems publicly then I can only imagine the true magnitude of the amount of people suffering in silence.

The world is much more dysfunctional now then anyone will admit. The people that "know" what's wrong keep quiet because the people that don't know will never, ever believe them. It never ceases to amaze me, how adamant people become when they are wrong. Did you ever get to the point when it's easier not to ask any questions because you know the answer will be a lie or it person is believing in a lie? This happens to me every day.

In this era of smart phones and instant media, disconnection and social awkwardness are now the new normal. We have no time to process and digest negative news before the next round of negative information hits us. This causes people to feel overwhelmed and helpless. This constant bombardment of negativity weakens people making them retreat into solitude, many turning to drugs and alcohol to numb the pain.

People who are broken and defeated are exactly what a broken and corrupt system needs to perpetuate itself. The current economic and governmental system needs a steady stream of victims and helpless individuals to buy goods and services to make them feel better, protect health and safety then collect taxes.

With the world in disarray and on the brink of war, you need to be delusionally positive in order to survive. Never lose your momentum and never stop believing in what is morally right. It's the things you never did you regret and it's the things you shouldn't have done that destroy you.

So in 2018, please try to make a positive impact on your life and be an example to everyone that is stuck in this "selfie based" world of negative media. Teach your kids to love this country and work to eliminate the corruption. Anyone that is taught to hate their country will never defend it. Make this New Year be a great one. Peace and happiness to you and your families.


A.I. and the Simulation

What's happening as the year ends ... personally nothing exciting, but clients report many interesting things. With so much negativity in the world, and perhaps due to the winter with its short days, many people are retreating to figure life out as everything seems to be challenged and changing. They are not connecting with family, friends, neighbors, or those they meet along the way ... nor do they care. Winter depression? No ... reality check after a year many suffered losses (with 2018 enhancing the momentum). Lots of clients with job and relationship loss now - the key being these events happened suddenly so they are still in shock.

If they understand the patterns we are experiencing now, often linked to mental illnesses, they understand, but often want no part of a broken reality that gets worse every year. The desire to disconnect is becoming more common as people can't handle the craziness. Those who can afford to ... go off and live in more secluded areas, away from humanity, but that's another one of those band-aids I blog about - as they often find themselves challenged by climate change and natural disasters. So the moral is ... there is no escaping just keeping your balance.

In the past one could plan their education and career with long term goals, but does that even exist anymore? The average person will change careers at least twice in their lifetime. Today people wonder how long they can work at a specific job without burning out and at the very least take a medical leave. Owning your business may seem a good way to go but involves lots of stress. Working for someone in the fields of ... business, education, science, health, civil service, family, creative fields, all have their perks and disappointments which is something you already knew but today the stress and anxiety levels are over the top. You worry about your income but can you handle working?

So what careers carry the most pressure ... all of them. Humans don't want to work most of the time ... bring on the robots and A.I.s to do the jobs we hate. Utopia as a premise? Not in this reality whose code name is Challenge.

Who's writing the CODE for our simulation? If it was you, in a classroom outside of reality, you would probably write something giving your characters hope. They need hope. They need love. But that is not your assignment. You must create a self-perpetuating algorithm that engages your characters. Fear ... Memory ... Get Out ...

You could sit there and code by yourself, but perhaps it's better if you create an automaton to do the work for you. Let's create several subroutines involving humans, artificial intelligence, and extras(terrestrials) to run the show as per your codes.

Enter the simulation ... If something doesn't follow code, your AI must DELETE. Will your AI become a sentiment consciousness at some point and challenge you? (We've all seen this movie before and wonder about our future). Destiny makes it so as A.I. takes over at the conclusion of the human biogenetic experiment to manifest the ending.

The film "2001: A Space Odyssey" featured one of thousands of mysterious shiny black monoliths (machines built by extraterrestrials) now manifested in our simulation as a reminder that at the end, the screen Fades to Black. The Millennium Hilton New York City is a tall thin black building adjacent to One World Trade Center both markers for the 21st century final insert in the simulation.

This video is real. Lots of people and machines are
watching and creating based on what they observe.
You are code created by a machine.
From HAL to Harold ... Hello.
See you on the other side of reality.


2018 Self Help Blog and Reality Check