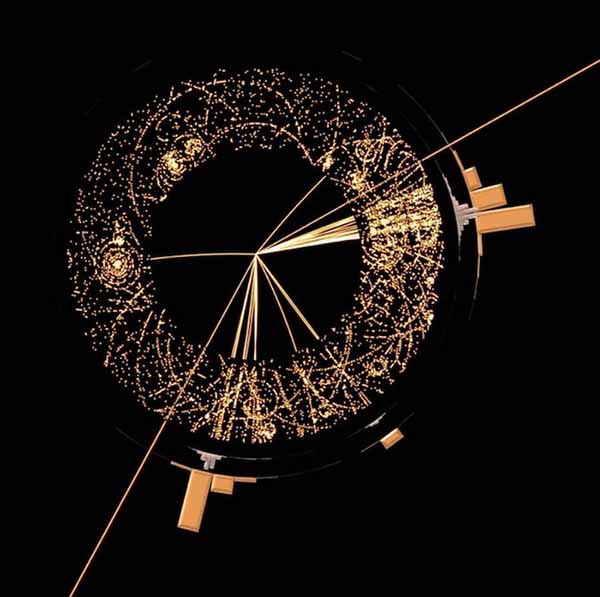 One of the most anticipated moments in the history of modern science: Large Hadron Collider (LHC) scientists reporting in Geneva claim the discovery of a new particle consistent with the Higgs boson. Read more

Higgs boson-like particle discovery claimed at LHC   BBC - July 4, 2012
Cern scientists reporting from the Large Hadron Collider (LHC) have claimed the discovery of a new particle consistent with the Higgs boson. The particle has been the subject of a 45-year hunt to explain how matter attains its mass. Both of the Higgs boson-hunting experiments at the LHC see a level of certainty in their data worthy of a "discovery".

On 4 July 2012 both of the CERN experiments announced they had independently made the same discovery. The new particle tested as a possible Higgs boson. Wikipedia

This was all very exciting to me as my book Sarah and Alexander ended on that date rather than the predicted date of December 21, 2012. Nothing that we are aware of happened on either date.