1963 was a monumental year for me. I turned 20, got married, graduated college, started teaching, and took a trip with my husband Ralph to Washington, D.C. We didn't attend the events on August 28, but our visit over spring break always lingers in my mind.

As Ralph and I visited the National Mall - images flooded my mind of humanity and my place in it. Only 9 years had passed since my UFO incident with my Mom in Black Rock Desert (Pyramid Lake, Nevada), but suddenly the destiny that had been shown to me, began to take on greater definition. On the night of our visit to the National Mall, I had a dream reminding me that reality is a consciousness hologram. Today I understand that we live in a "dream" from which we are about to awaken. I was here to make a difference that would one day return me to the same space, just another timeline.

And so it came to pass in March 2003, with another soulmate, Sherif, the day before the 2003 invasion of Iraq. This time I had been asked to visit and discuss the whereabouts of Osama bin Ladin, thought by some to be in the U.S. I told them it would take 9 years from the events of 9/11 to find and capture him - not associating 9 years (in numerology) as the completion of a cycle. Osama bin Ladin was killed on May 2, 2011, just over 9 years later. My meeting with Sherif that day was a synchronicity, as he was there with his own agenda linked to a meeting of Republicans and President Bush. Today Sherif remains in Cairo ... once again hoping to make a difference for the freedom of the people in his home land.

Life and times for all Americans would change forever by the words of one man, as more than 200,000 people gathered on the National Mall for the "March on Washington for Jobs and Freedom". I remember watching the event on TV with Ralph and the feelings I had when we visited months before. The Rev. Martin Luther King spoke late in the day, his famous speech - I Have a Dream - changing everything. His goal - like that other many others before and after him - was to end to racism in the United States. It was a shift in consciousness, a change in the program, that put Martin Luther King in that place, at that time, to change history.

Today, on the 50th anniversary of that speech, we look back on what has happened over the past 50 years and what still needs to be done. Will Americans - on any other group of people around the world - ever truly be free? We all "have a dream" and hope for a "bright" future that changes everything. Wait for it. 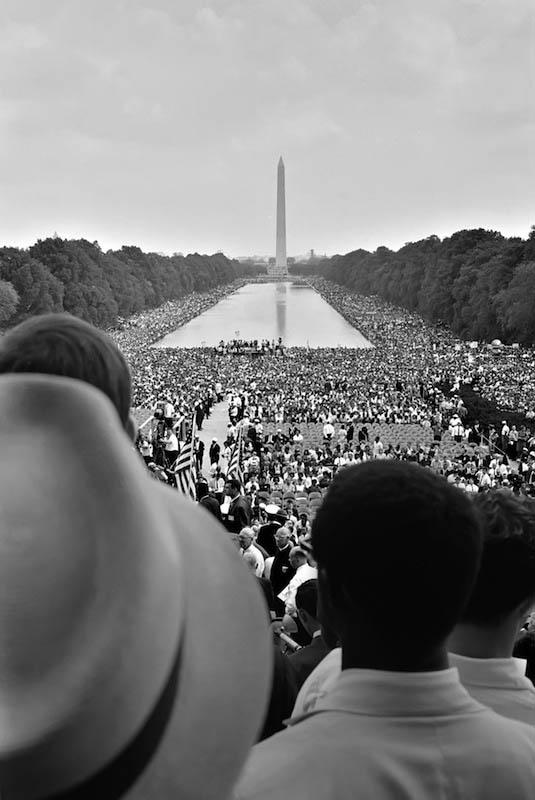 9 things about MLK's speech and the March on Washington   CNN - August 29, 2013
"I have a dream this afternoon that my four little children will not come up in the same young days that I came up within, but they will be judged on the basis of the content of their character, not the color of their skin." The Rev. Martin Luther King Jr. spoke these words in 1963, but this was not the speech that would go down as one of the most important addresses in U.S. history.

Obama: Economic equality is our great unfinished business   BBC - August 28, 2013
US President Barack Obama has linked the ongoing struggle for economic equality in America with the goals of the 1963 March on Washington, in a speech marking its 50th anniversary. Mr Obama, the first black US president, said ensuring economic opportunity was "our great unfinished business".