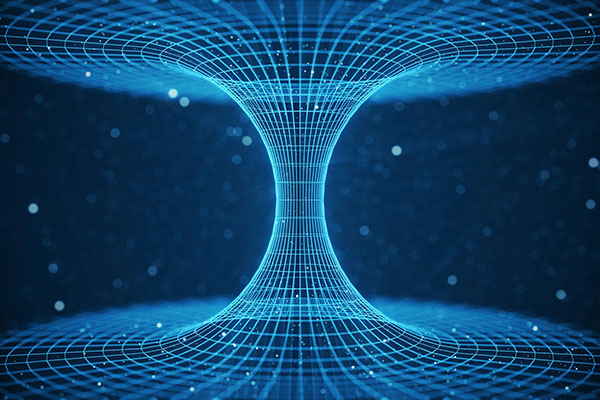 A 'Wormhole' Built on a Quantum Computer Teleported Information as Predicted   Science Alert - December 1, 2022
For the first time, scientists have created a quantum computing experiment for studying the dynamics of wormholes Đ that is, shortcuts through spacetime that could get around relativity's cosmic speed limits.


Physicists observe wormhole dynamics using a quantum computer   Science Daily- December 1, 2022
Scientists have, for the first time, developed a quantum experiment that allows them to study the dynamics, or behavior, of a special kind of theoretical wormhole. The experiment has not created an actual wormhole (a rupture in space and time), rather it allows researchers to probe connections between theoretical wormholes and quantum physics, a prediction of so-called quantum gravity. Quantum gravity refers to a set of theories that seek to connect gravity with quantum physics, two fundamental and well-studied descriptions of nature that appear inherently incompatible with each other. 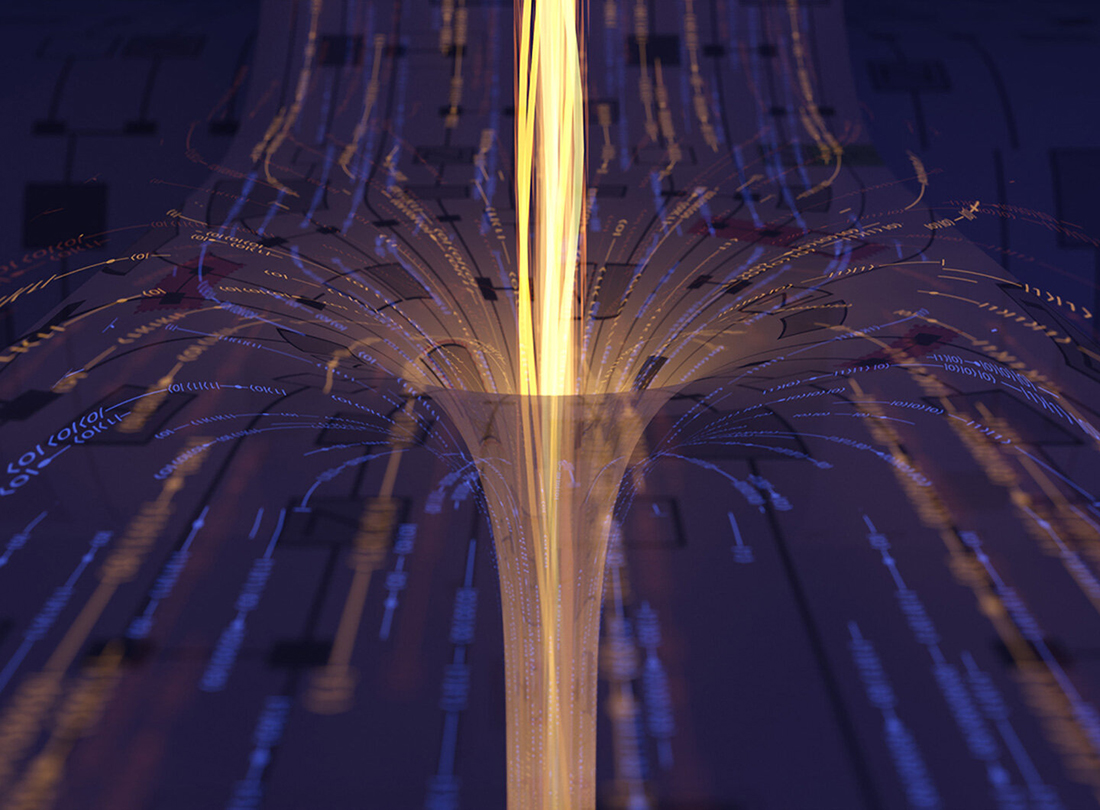 Scientists have, for the first time, developed a quantum experiment that allows them to study the dynamics, or behavior, of a special kind of theoretical wormhole. The experiment has not created an actual wormhole (a rupture in space and time), rather it allows researchers to probe connections between theoretical wormholes and quantum physics, a prediction of so-called quantum gravity. Quantum gravity refers to a set of theories that seek to connect gravity with quantum physics, two fundamental and well-studied descriptions of nature that appear inherently incompatible with each other.


Wormhole simulated in quantum computer could bolster theory that the universe is a hologram. Physicists have used a quantum computer to simulate the first-ever holographic wormhole and transport information through it   Live Science - December 1 , 2022 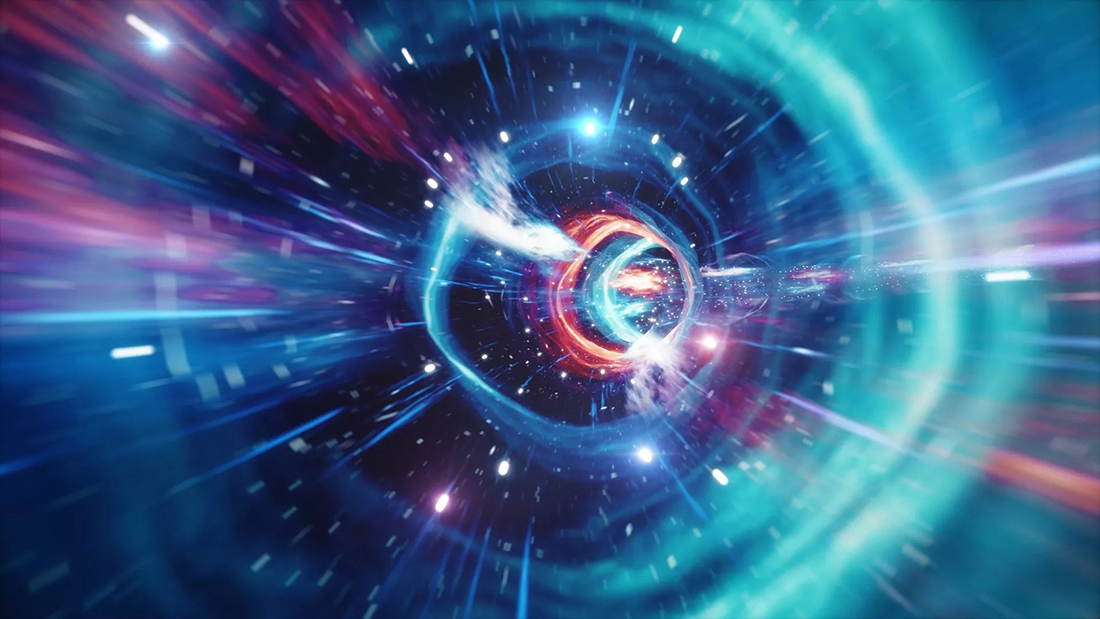 Quantum experiment conducted on Google's Sycamore 2 computer transferred data across two simulated black holes, adding weight to the holographic principle of the universe. The "baby" wormhole, created on Google's Sycamore 2 quantum computer was not created with gravity, but through quantum entanglement - the linking of two particles such that measuring one instantaneously affects the other. By entangling qubits, or quantum bits, in minuscule superconducting circuits physicists were able to create a portal through which information was sent. The experiment has the potential to further the hypothesis that our universe is a hologram stitched together by quantum information.


Wormholes may be viable shortcuts through space-time after all, new study suggests   Live Science - November 15, 2021
The new theory contradicts earlier predictions that these 'shortcuts' would instantly collapse. Wormholes, or portals between black holes, may be stable after all, a wild new theory suggests. 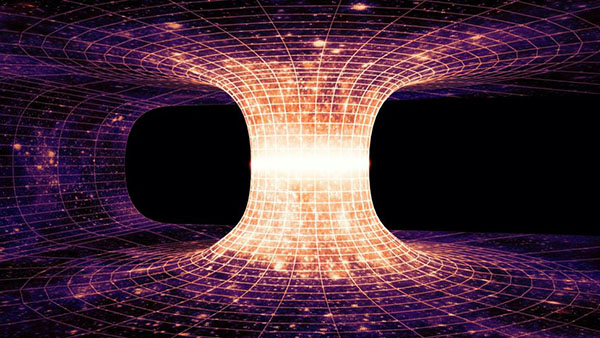 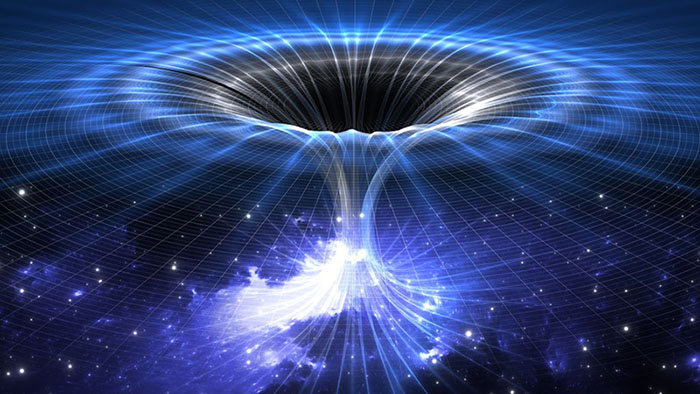 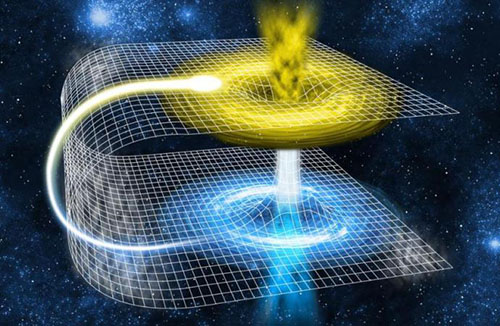 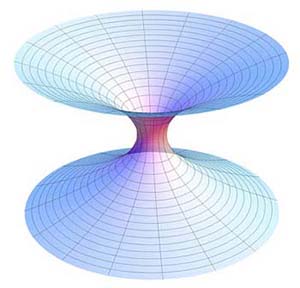 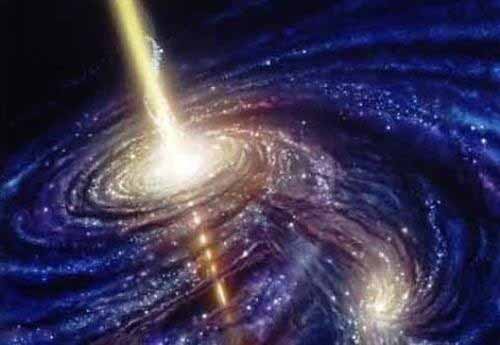