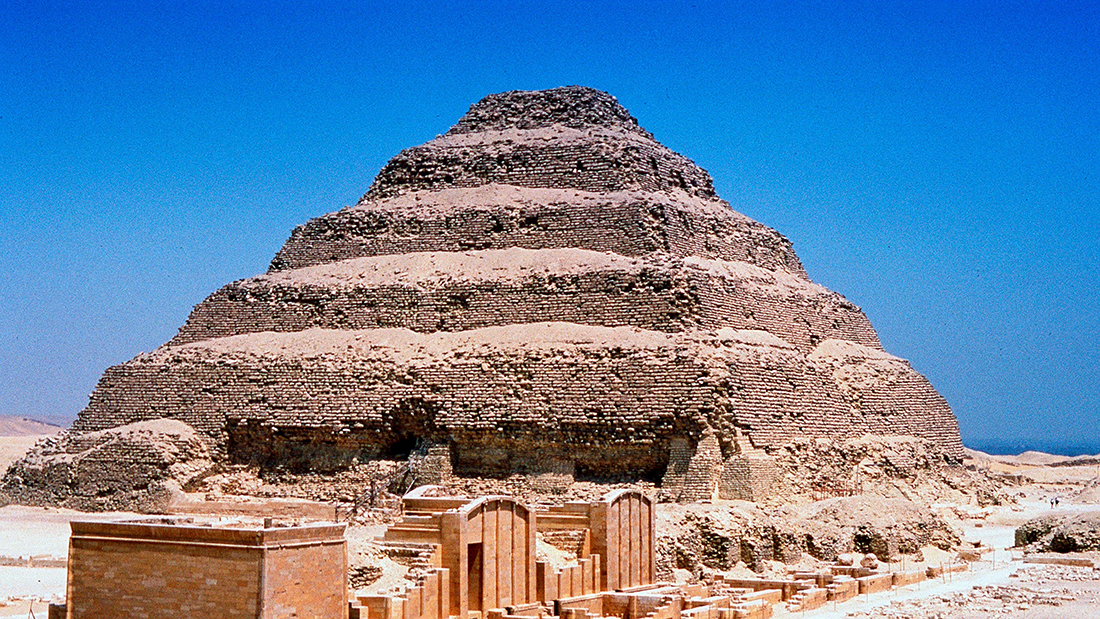 Saqqara is a vast, ancient burial ground in Egypt, serving as the necropolis for the ancient Egyptian capital, Memphis. Saqqara features numerous pyramids, including the world-famous Step pyramid of Djoser, sometimes referred to as the Step Tomb due to its rectangular base, as well as a number of mastaba tombs. Located some 30 km (19 mi) south of modern-day Cairo, Saqqara covers an area of around 7 by 1.5 km (4.35 by 0.93 mi).

At Saqqara, the oldest complete stone building complex known in history was built, the Pyramid of Djoser, built during the Third Dynasty. Another sixteen Egyptian kings built pyramids at Saqqara, which are now in various states of preservation or dilapidation. High officials added private funeral monuments to this necropolis during the entire Pharaonic period. It remained an important complex for non-royal burials and cult ceremonies for more than 3,000 years, well into Ptolemaic and Roman times.

North of the area known as Saqqara lies Abusir, and south lies Dahshur. The area running from Giza to Dahshur has been used as a necropolis by the inhabitants of Memphis at different times, and it was designated as a World Heritage Site by UNESCO in 1979. Some scholars believe that the name Saqqara is not derived from the ancient Egyptian funerary deity, Sokar, but supposedly, from a local Berber Tribe called Beni Saqqar.


Saqqara, located 20 km / 12.5 mi. south of Giza, used to be the most important necropolis of Memphis, the capital city of the Old Kingdom on the opposite shore of the Nile river. It was the original burial site for the kings of the first two dynasties. It was still referred to as burial grounds during the18th and 19th dynasties.

Major pyramids located in Saqqara include the Pyramid of Djoser - generally identified as the world's oldest substantial monumental structure to be built of dressed stone - the Pyramid of Userkaf, the Pyramid of Teti and the Pyramid of Merikare, dating to the First Intermediate Period of Egypt. Also at Saqqara is the Pyramid of Unas, which retains a pyramid causeway that is one of the best-preserved in Egypt. Together with the pyramid of Userkaf, this pyramid was the subject of one of the earliest known restoration attempts, conducted by Khaemweset, a son of Ramesses II. Saqqara is also the location of the incomplete step pyramid of Djoser's successor Sekhemkhet, known as the Buried Pyramid. Archaeologists believe that had this pyramid been completed, it would have been larger than Djoser's.

South of the main pyramid field at Saqqara is a second collection of later, smaller pyramids, including those of Pepi I, Djedkare Isesi, Merenre, Pepi II and Ibi. Most of these are in a poor state of preservation.

The Fourth Dynasty pharaoh Shepseskaf either did not share an interest in, or have the capacity to undertake pyramid construction like his predecessors. His tomb, which is also sited at south Saqqara, was instead built as an unusually large mastaba and offering temple complex. It is commonly known as the Mastabat al-FirŐaun.

A previously unknown pyramid was discovered at north Saqqara in late 2008. Believed to be the tomb of Teti's mother, it currently stands approximately 5 m (16 ft) high, although the original height was closer to 14 m (46 ft).


Nearly all Fourth Dynasty kings chose a different location for their pyramids. During the second half of the Old Kingdom, under the Fifth and Sixth Dynasties, Saqqara was again the royal burial ground. The Fifth and Sixth Dynasty pyramids are not built wholly of massive stone blocks, but instead with a core consisting of rubble. Consequently, they are less well preserved than the world-famous pyramids built by the Fourth Dynasty kings at Giza. Unas, the last ruler of the Fifth Dynasty, was the first king to adorn the chambers in his pyramid with Pyramid Texts. During the Old Kingdom, it was customary for courtiers to be buried in mastaba tombs close to the pyramid of their king. Thus, clusters of private tombs were formed in Saqqara around the pyramid complexes of Unas and Teti.


During routine excavations in 2011 at the dog catacomb in Saqqara necropolis, an excavation team led by Salima Ikram, and an international team of researchers led by Paul Nicholson of Cardiff University, uncovered almost eight million animal mummies at the burial site next to the sacred temple of Anubis. It is thought that the mummified animals, mostly dogs, were intended to pass on the prayers of their owners to their deities.

In July 2018, German-Egyptian researchers' team head by Dr. Ramadan Badry Hussein and University of Tubingen reported the discovery of an extremely rare gilded burial mask which probably dates from Saite-Persian period in a partly damaged wooden coffin. The last time a similar mask was found, was in 1939.

The eyes were covered with obsidian, calcite, and black hued gemstone possibly onyx. "The finding of this mask could be called a sensation. Very few masks of precious metal have been preserved to the present day, because the tombs of most Ancient Egyptian dignitaries were looted in ancient times," said Hussein.

In November, 2018, seven ancient Egyptian tombs were located at the ancient necropolis of Saqqara by an Egyptian archaeological mission, with a collection of scarab and cat mummies, dating back to the Fifth and Sixth Dynasties.

According to the former minister Khaled el-Enany, three of the tombs were used for cats some dating back more than 6,000 years, while one of four other sarcophagi revealed at the site was unsealed. Within the remains of cat mummies were unearthed gilded and 100 wooden statues of cats and one in bronze dedicated to the cat goddess named Bastet. In addition, funerary items dating back to the 12th Dynasty were found besides the skeletal remains of cats.

In September 2018, several dozen cache of mummies dating 2,000 years back were found by a team of Polish archaeologists led by Assoc. Prof. Kamil Kuraszkiewicz from the Faculty of Oriental Studies of the University of Warsaw. The Polish-Egyptian expedition works under the auspices of the Polish Centre of Mediterranean Archaeology University of Warsaw.

Investigations were carried out for over two decades in the area to the west of the Djoser Pyramid. The most important discoveries include the tomb of vizier Merefnebef with a funerary chapel decorated with multi-colored reliefs (uncovered in 1997) as well as the tomb of courtier Nyankhnefertem (uncovered in 2003).

The expedition also explored two necropoles. Archaeologists revealed several dozen graves of noblemen from the period of the 6th Dynasty, dating to the 24th-21st century BC and 500 graves of indigent people dating approximately to the 6th century BC - 1st century AD. The researches established that most of the bodies were poorly preserved and all organic materials, as well as, the wooden caskets had decayed. The tombs discovered most recently (in 2018) form part of the younger, so-called Upper Necropolis.

The research of the Polish-Egyptian expedition also focuses on the interpretation of the so-called Dry Moat, a vast trench hewn around the Djoser Pyramid. According to Assoc. Prof. Kuraszkiewicz, the most recent discoveries confirm the hypothesis that the Dry Moat was a model of the pharaoh's journey to the netherworld, i.e., a road the deceased ruler had to follow to attain eternal life.

In mid-December 2018, the Egyptian government announced the discovery at Saqqara of a previously unknown 4,400-year-old tomb, containing paintings and more than fifty sculptures. It belongs to Wahtye, a high-ranking priest who served under King Neferirkare Kakai during the Fifth Dynasty. The tomb also contains five shafts that may lead to a sarcophagus below.

On April 13, 2019, an expedition led by Department Member of Czech Institute of Egyptology Mohamed Megahed discovered a 4,000-year-old tomb near Egypt's Saqqara Necropolis. Archaeologists confirmed that the tomb belonged to an influential person named Khuwy, who lived in Egypt during the 5th Dynasty.

"The L-shaped Khuwy tomb starts with a small corridor heading downwards into an antechamber and from there a larger chamber with painted reliefs depicting the tomb owner seated at an offerings table", reported the head of the excavation team Mohamed Megahed.

According to CNN, it is surprising that there are some paintings that maintained their brightness over a long time in the tomb mainly made of white limestone bricks. Another interesting fact is that the tomb had a tunnel entrance generally typical for pyramids.

Archaeologists say that there might be a connection between Khuwy and pharaoh because the mausoleum was found near the pyramid of Egyptian Pharaoh Djedkare Isesi, who ruled during that time.

On October 3, 2020, Khalid el-Anany, EgyptŐs tourism and antiquities minister announced the discovery of at least 59 sealed sarcophagi with mummies more than 2,600 years ago. Archaeologists also revealed the 20 statues of Ptah-Soker and a carved 35-centimeter tall bronze statue of god Nefertem.

On October 19, 2020, the Ministry of Tourism and Antiquities announced the discovery of more than 2,500 years of colorful, sealed sarcophagi. According to archaeologist Mostafa Waziri, archeologists team unearthed gilded, wooden statues and more than 80 coffins. 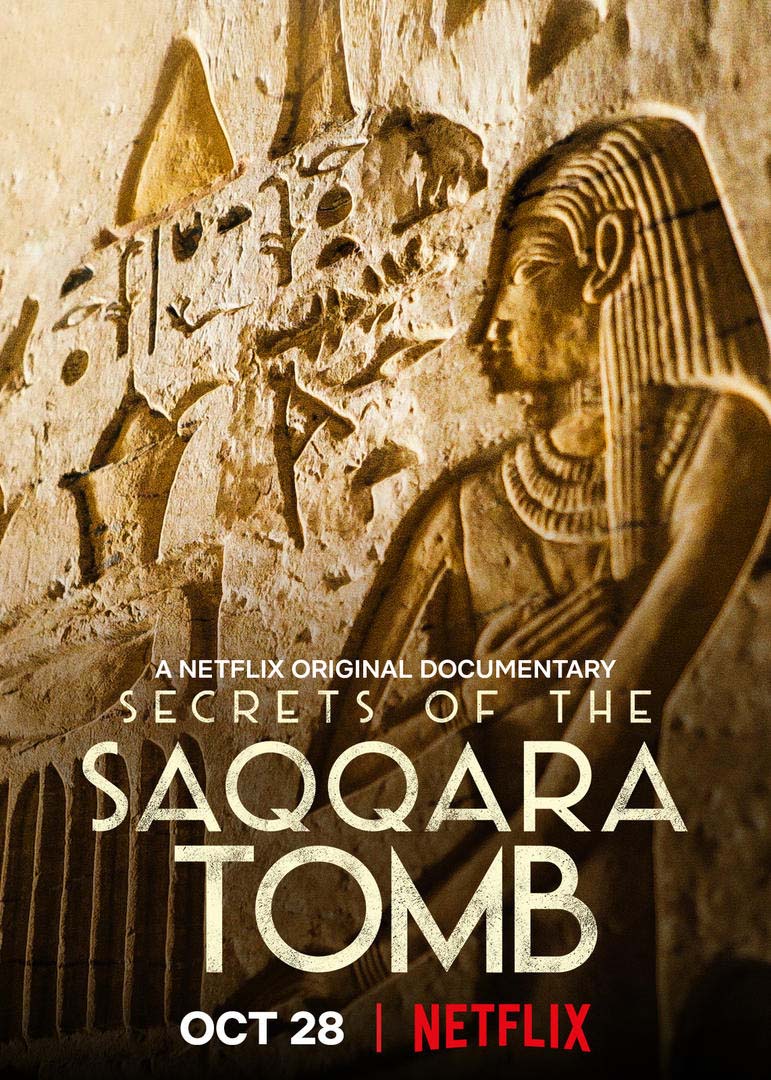 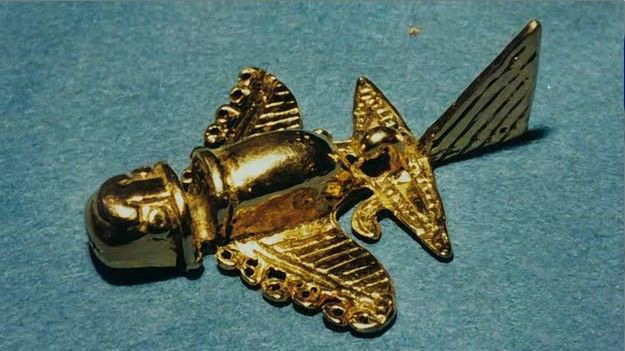 Ancient alien theorists believe it is a replica of a flying machine.

The Saqqara Bird is a bird-shaped artifact made of sycamore wood, discovered during the 1898 excavation of the Pa-di-Imen tomb in Saqqara, Egypt. It has been dated to approximately 200 BCE, and is now housed in the Egyptian Museum in Cairo. The Saqqara Bird has a wingspan of 180 mm (7.1 in) and weighs 39.12 g (1.380 oz). Its purpose is not understood because of a lack of period documentation.

Some think the Saqqara Bird may be a ceremonial object because the falcon, the bird after which the Saqqara Bird is modeled, is the form most commonly used to represent several of the most important gods of Egyptian mythology, most notably the falcon deity Horus and the sun deity Ra Horakhty. Others have posited it may have been a toy for an elite child, or that it could have functioned as a weather vane. Some have also speculated it may have been used as a sort of boomerang, as such technology was common and well known in ancient Egypt in the form of a throwing stick used for hunting waterfowl. Another hypothesis is that this bird was positioned on the masthead of sacred boats used during the Opet Festival Reliefs showing those boats are found in the Temple of Khonsu at Karnak and date to the late New Kingdom

Some have suggested that the Saqqara Bird may represent evidence that knowledge of the principles of aviation existed many centuries before such are generally believed to have first been discovered. Egyptian physician and dowser Khalil Messiha has speculated that the ancient Egyptians developed the first aircraft. In spite of these claims, however, no ancient Egyptian aircraft have ever been found, nor has any other evidence suggesting their existence come to light. As a result, the theory that the Saqqara Bird is a model of a flying machine is not accepted by mainstream Egyptologists. Richard P. Hallion notes that it is "far too heavy and unstable itself to fly. 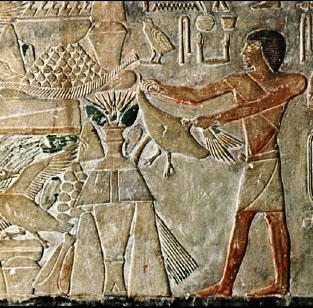