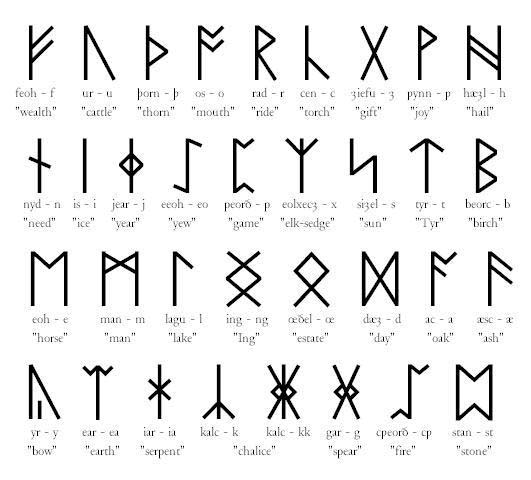 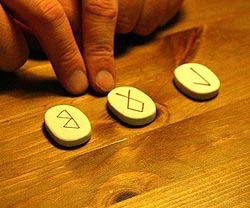 Rune stones, (sometimes cards), are used as tools of divination - a way to predict one's future. Rune Stones come in a set of 24 ancient alphabetic symbols. They can be made of different materials - wood or glass most common and attractive - and usually kept in a pouch or box. They usually come with a book of instructions defining the symbols.

Ideally ruins are cast on an East-West axis or facing the sun. A white cloth is laid down and used to determine the direction of the casting. From here the focus should lie with the pressing question. After casting the stones onto the cloth the ones which have fallen the right side up are read and depending upon whether the rune is reversed or not will have a bearing upon its meaning and the reading as a whole.

An alternative to casting the rune stones ...

Pick a rune stone randomly for a day reading; you can also do what is known as a 3 rune spread. Some feel that the day rune is a good way to get an answer to a single question. The 3 Rune Spread is used for asking broader questions whereas the single rune can be drawn on a daily basis.

Meanings and interpretations of each rune stone are shown below.

Abundance through effort, inheritance of self and self value, material gain, earned income. Success, happiness and wealth.

THURISAZ - TH: The seeing of the future

Opening the door or gate to see the future, luck reflection for action, protection. You will see the truth.

Reversed: Not willing to heed information given, having a stubborn mind-set

Message from within (listen to your 'little voice'), advice from others, chance encounter, careful thought so you will know what to do from this point in time

Reversed: Watch out for trickery, the dark side of yourself when others interfering with your plans, or there is failed communication

You're about to embark on a journey - either in the physical world or a journey of your soul to heal something that needs healing.

When you feel in the dark - this rune will bring an opening, to help you open to who you are and your highest possibilities. From the darkness - light will come.

Unity with self and all others - especially with our higher selves, nature and all things around us. Cannot be reversed.

You do not Need anybody. Peace, pleasure, self-worth, joy and serenity, happy results, harmony, prosperity

This refers to the destructive forces of nature, and things that are out of our control. Cannot be reversed.

Caution, hold, coming in touch with a side of you that you may not like, resistance, distress, delay, constraint or restraint. Reflect on how bad things can and appreciate what you have.

Frozen in time, calm, non-action, everything on hold, letting go of ego and seeking your inner truths, you are blocked by your emotions. Cannot be reversed.

Reaping of a reward when your world seems stagnant, harvest the seeds you have planted, gain, fruition, things happening in their own time and space when they are supposed to! Cannot be reversed.

Stability, doing the right things, patience, perseverance, endurance. Decided what is the right way to get the things accomplished in your life. Cannot be reversed.

A hieratic or mystery rune pointing to that which is beyond our frail manipulative powers.

Perth is associated with the Phoenix, the mystical bird which consumes itself in the fire then rises from its own ashes. Its ways aresecret and hidden. Powerful forces of change are at work here. Yet what is achieved is not easily or readily shared. After all becoming whole - the means of it - is a profound secret. On the side of the Earthly or mundane, there may well be surprises, gains or rewards that you did not anticipate. On the side of human nature this Rune is symbolized by the flight of the eagle. Soaring flight, free from entanglement, lifting yourself above the endless ebb and flow of ordinary life to acquire broader vision - all this is indicated here.

Perth stands for the heart of Initiation - Nothing external matters here, except as it shows you in its inner reflection. ThisRune is concerned with the deepest stratum of our being, the bedrock on which our destiny is founded. For some Perth means experiencing some form of death - or transition. It is a letting go of everything, no exceptions, no exclusions. Nothing less than renewal of the Spirit is at stake.

Hidden information and truths, mysteries, esoteric, that which is unknown on a conscious level, it could come into the light and you would understand the 'higher meaning' of things.

Reversed: Events stalled, you need to clear out something - unpleasant surprise - the old way has to come to an end, do not focus on outcomes, nor bind yourself with memories of past achievements or you will orb yourself of the true present. When your inner being is shifting and reforming, on a deep level, patience, constancy, and perseverance are called for.

The initiation - the veils of the illusion are being lifted - let the old ways go!

Stay centered, see the humor and keep your faith firm.

Spirit guides - (How interesting as my guide is Zoroaster and I call him Z!) - protection, fortunate new influence, making the connection with spirit and working through your issues.

The circle is completion - wholeness, the sun, the path to awareness and self knowledge. See you 'dark side' - that which makes you destructive to yourself and others. Seek change to heal and be complete with yourself. Cannot be reversed

To be successful in competition, very motivated, finding the spiritual or transcendental self.

To be prepared, cautious in what you do. Also references your family and home.

Reversed: An unfortunate domestic situation - so use caution.

The balance of things in the universe, stability, move forward carefully focusing on the tools that will help you get there

Reversed: Sudden unexpected change that is not wanted

MANNAZ - M: The nature of Humanity

The self and its place in the collective conscience of humanity. We are all part of the collective unconscious - we are all One. Your attitude towards and their attitudes towards you. Take this time for personal reflection. Cannot be reversed.

The moon, the flow of emotions and all things into the collective unconscious - all bodies of water - Aquarius - feminine energies - higher mind, spirituality, health and healing - a time of cleansing.

Reversed: Not listening to your inner voice, tackling something you know you should not do - or are not capable of doing.

Fertility of the joining of human beings, usually for a new life - a pregnancy. Finish what you are doing, tie up lose ends and start something new. Cannot be reversed.

A new day begins and go to work. You become more insightful, breaking through your new ideas. Light is around you. Cannot be reversed.

Freedom and independence through releasing ideas and things that keep you 'stuck'. You will feel 'free'. You will inherit from someone.

Reversed: Not letting go of outmoded ideas and concepts. You will feel 'stuck'.

Anything is possible and can happen. The sum total of who you are, what you have done, and what you have become. Choose a direction and go for it. The blank Rune was added to the others in the 1980's. It shows that as humanity has grown - the possibilities are beyond what was conceived by the original Runes. Some people include the blank Rune in a reading - while others leave it out! I prefer to leave it in as the Universe has limitless possibilities!! If you get this Rune - and you believe in yourself - you can manifest anything.


There is some evidence that, in addition to being a writing system, runes historically served purposes of magic. This is the case from earliest epigraphic evidence of the Roman to Germanic Iron Age, with non-linguistic inscriptions and the alu word. An erilaz appears to have been a person versed in runes, including their magic applications.

In medieval sources, notably the Poetic Edda, the Sigrdrifumal mentions "victory runes" to be carved on a sword, "some on the grasp and some on the inlay, and name Tyr twice."

In early and more modern times, related folklore and superstition is recorded in the form of the Icelandic magical staves.

In the early 20th century, Germanic mysticism coins new forms of "runic magic", some of which were continued or developed further by contemporary adherents of Germanic Neopaganism.

Runes have been used in Nazi symbolism by National Socialists and neo-Nazi groups that associate themselves with Germanic traditions, mainly the Sigel, Eihwaz, Tyr, Odal (see Odalism) and Algiz runes. The fascination that runes seem to have exerted on the Nazis can be traced to the occult and volkisch author Guido von List, one of the important figures in Germanic mysticism and runic revivalism in the late 19th and early 20th century. In 1908, List published in Das Geheimnis der Runen ("The Secret of the Runes") a set of 18 so-called "Armanen Runes", based on the Younger Futhark, which were allegedly revealed to him in a state of temporary blindness after a cataract operation on both eyes in 1902. In Nazi contexts, the s-rune is referred to as "Sig" (after List, probably from Anglo-Saxon Sigel). The "Wolfsangel", while not a rune historically, has the shape of List's "Gibor" rune.

Modern systems of runic divination are based on Hermeticism, classical Occultism, and the I Ching. 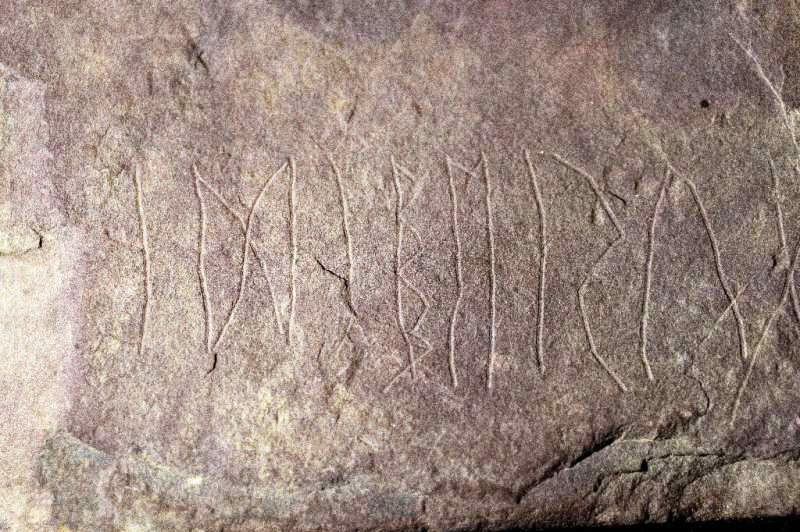