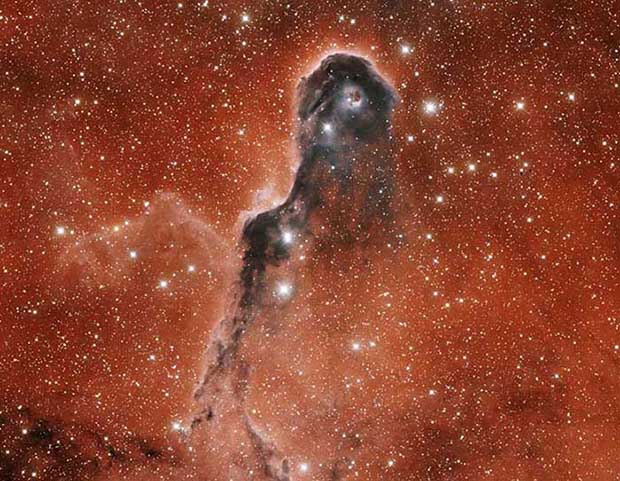 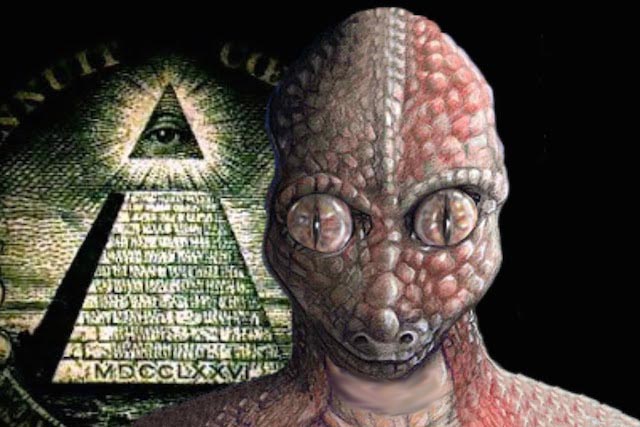 Reptilian - serpent - snake iconography is found throughout the planet in art work and petroglyphs, referring to the spiral of consciousness creation and human DNA. It is laced with metaphors about human origins and destiny. From the ouroboros to ancient myths, serpent references define our journey.


Description: Typically, Reptilians are described as 6 to 8 feet tall, bipedal, having scaly green skin, have a bad odor, have large eyes usually yellow or gold with a vertical pupil. They are sometimes linked to myths about ancient astronauts who allegedly came to Earth to seed the planet and promised to return one day. No one is coming back.


Reptilian humanoids are a proposed race of intelligent, supernatural, or highly developed reptile-like humanoids in mythology, popular fiction, pseudoscientific theories and in the writings of New Age conspiracists. They appear in some conspiracy theories, most notably those of Riley Martin, John Rhodes, David Icke, and in science fiction. Reptoids, a conjoined word defining Reptilian-Humanoid beings, is the most popular name used to describe these cryptid beings, although some authors also refer to them as dinosauroids, lizardfolk or lizardmen. Other names include Draconians, Saurians and Sauroids. They are often described as being green or gold color. Similar to the other cryptids, no one has produced proof of the existence of reptilian humanoids, and allegations of their existence can at best be referred to as cryptozoology or pseudoscience.

Several ancient peoples all over the world have described reptilian beings, and some have described reptilian humanoids. Common in numerous mythologies are tales of reptilian creatures (usually not humanoid) who are often, but not always, hostile to human beings. Also rather common are the myths of "Serpents of Wisdom" who enlightened humanity before the dawn of civilization.

Some individuals, doubting claims of reptilian humanoid sightings or contacts, suggest that the mythological preeminence of reptilian forms could stem from a genetic memory of instincts developed millions of years ago, when mammals were the prey of the reptiles which dominated the Earth. Dreams of reptiles are often interpreted as symbolizing "ancient drives" and "instinctive responses".

The Toltec Mayan god Gucumatz was described as a "serpent of wisdom" who enlightened humankind. His Aztec counterpart was named Quetzalcoatl. In the Yucatan, he is called Kukulcan.

The Hopi refer to a race of reptoids called the Sheti, or "Snake-Brothers", who live underground. The Cherokee and other Native American peoples also refer to reptoid races.

In pre-Columbian mythology from Colombia, Bachue (the primordial woman) transformed into a big snake. She is also sometimes called the "Celestial Snake" (Serpiente Celestial).

Many users of the drug Dimethyltryptamine (the active ingredient in many South American shamanic potions such as ayahuasca) have seen reptilian humanoids or reptilian disincarnate entities and aliens while hallucinating (Strassman 2000).

Cecrops I, the legendary first King of Athens was said to have been half man, half snake. The ancient Titans and Gigantes were sometimes depicted as winged man-like beings with serpents instead of legs, for example on a fresco on a temple in Pergamum. In these images from Pergamum, some of which depict the gigantomachy, one sees the giant Klyteios with huge serpents in place of legs.

Boreas (Aquilon to the Romans) was the Greek god of the cold north wind, described by Pausanias as a winged man with serpents for legs.

The European dragon dates back to ancient depictions on various archaeological artifacts. An early instance in literature was the dragon that guarded the Golden Fleece in the Voyage of the Argonauts. In the Middle Ages, tales of dragons seem to have become even more common. The dragon in Europe, as a rule, was not conceived as having a humanoid form, and would not qualify as an instance of a reptilian humanoid unless explicitly described as humanoid.

In Indian scriptures and legends the Naga are reptilian beings said to live underground and interact with human beings on the surface. Some are alleged to turn human. In some versions, these beings were said to have once lived on a continent in the Indian Ocean that sank beneath the waves. Indian texts also refer to a reptilian race called the "Sarpa. The Syrictae of India were a tribe of men with snake-like nostrils in place of noses and bandy serpentine legs.

The Chinese, Korean and Japanese speak throughout their history of L—ng (Yong in Korean, Ryu in Japanese) or dragons, conceived of in both physical and non-physical forms, but rarely depicted in humanoid form, though they may assume a non-reptilian human form.

The Japanese have tales of Kappa, a basically reptilian humanoid.

In China, Korea and Japan, underwater realms where the Dragon Kings and their descendants live are referred to, as well as the lineage of humans from a race of dragons. This lineage was often claimed by Asian Emperors, who were believed to be able to change from human to dragon form at will, much like the modern concept of shapeshifting reptilians. However, the dragon is seen as good rather than evil in Eastern tradition.

In the Middle East, reptilian beings ranging from certain Jinn to dragons and serpent-men have been spoken of since ancient times. In one of the apocryphal books purporting to be the lost Book of Jasher, a serpent race is described.

In the Book of Genesis, God punishes the serpent for deceiving Eve into eating the fruit of the Tree of Knowledge of Good and Evil by decreeing, "Upon thy belly thou shalt go, and dust shalt thou eat all the days of your life" (Genesis 3:14 KJV). Traditionally, many have felt this implied that the serpent (a snake or reptile) had legs before then. Thus It is therefore often portrayed in Western art as a humanoid (woman) with a snake's tail, and sometimes lizard-like feet, as in a detail from Bosch's Last Judgement.

In the Middle Ages down to modern times, the Devil was often conceived as a humanoid with reptilian characteristics, as were demons in general. But the New Testament reference of Revelation 12:9 which identifies the serpent of Genesis as Satan himself (the "dragon, devil, Satan, ancient serpent," etc.) gives insight from another angle. The serpent in the Garden of Eden was Satan himself, a beautiful supernatural being (either called a "serpent" symbolically, or because he manifested himself commonly in a dragon/serpent-like form). Hence the reference to "crawling" and "eating dust" is purely symbolic of his ultimate defeat and humiliation.

In Africa, some shamans claim to bear extensive esoteric knowledge of a race of reptilians called the Chitauri, whom they say control the Earth. They also claim to have accounts of a reptilian race who created them and used them to work their gold mines. Also, the ancient Egyptian god Sobek was portrayed as a man with the head of a crocodile.

Even in modern times, some claim to have encountered reptilian humanoids. In many of these cases, a UFO is part of the encounter; alien abduction narratives sometimes allege contact with reptilian creatures.

In a thought experiment published in 1982, paleontologist Dale Russell, curator of vertebrate fossils at the National Museum of Canada in Ottawa, conjectured that, had the Chicxulub meteorite not exterminated the dinosaurs 65 million years ago, bipedal predators (theropods) which existed at that time, such as Troodon, would have evolved into intelligent beings similar in body plan to humans. Troodontids had semi-manipulative fingers, able to grasp and hold objects to a certain degree, and binocular vision.

Like most dinosaurs of the troodontid family, this imaginary creature, which Russell called the "Dinosauroid", would have had large eyes and three fingers on each hand, one of which would have been partially opposed. As with most modern reptiles (and birds), its genitalia would have been internal.

Russell speculated that it would have required a navel, as a placenta aids the development of a large brain case, however it would not have possessed mammary glands, and would have fed its young, as birds do, on regurgitated food. Its language would have sounded somewhat like bird song.

Russell's fanciful speculation has been met with criticism from other paleontologists since the 1980s, many of whom point out that Russell's Dinosauroid is overly anthropomorphic. Gregory S. Paul (1988) and Thomas R. Holtz Jr., consider it "suspiciously human" (Paul, 1988) and argue that a large-brained, highly intelligent troodontid would retain a more standard theropod body plan, with a horizontal posture and long tail, and would probably manipulate objects with the snout and feet in the manner of a bird, rather than with human-like "hands".

Darren Naish (2006) pointed to the ground hornbill as a better model for an intelligent dinosaur.

Artists have used these new approaches to the original thought experiment to re-interpret the Dinosauroid, going so far as to create "Dinosauroid cave art", which depicts sentient, tool-using troodontids and other dinosaurs and pterosaurs, painted using sticks and feathers. 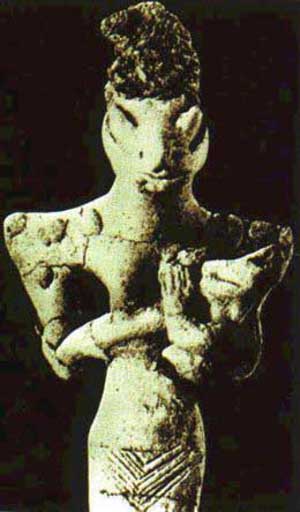 The Anunnaki were not Reptilians