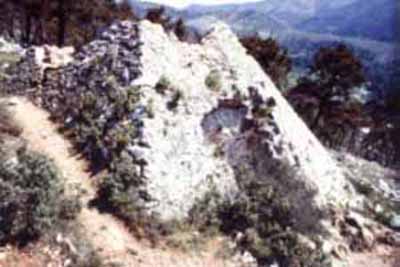 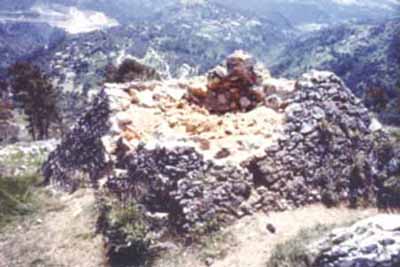 The Falicon Pyramid is a monument located at a rural site near the town of Falicon, on the French Riviera, near Nice. It is constructed above a karstic cave known as the Cave of the Bats (Occitan: Bauma des Ratapignata) and is one of the few pyramids in Europe. The pyramid is constructed of small irregularly-shaped stones, possesses a fairly acute angle of inclination, and is in a partly ruined condition. While most of its upper section is missing, the lower section is reasonably well-preserved.

The pyramid's purpose and origins are unknown, although it has been suggested that it may have been constructed by Roman legionaries involved in Egyptian cult practices. But more recent research has shown that the pyramid has actually been built between 1803 and 1812.

The number of stairs leading into the cave below the pyramid also supposedly corresponds to the 7-level initiation rituals of the cult of Mithras - an eastern religion that was popular with members of the Roman Army during the later Empire. 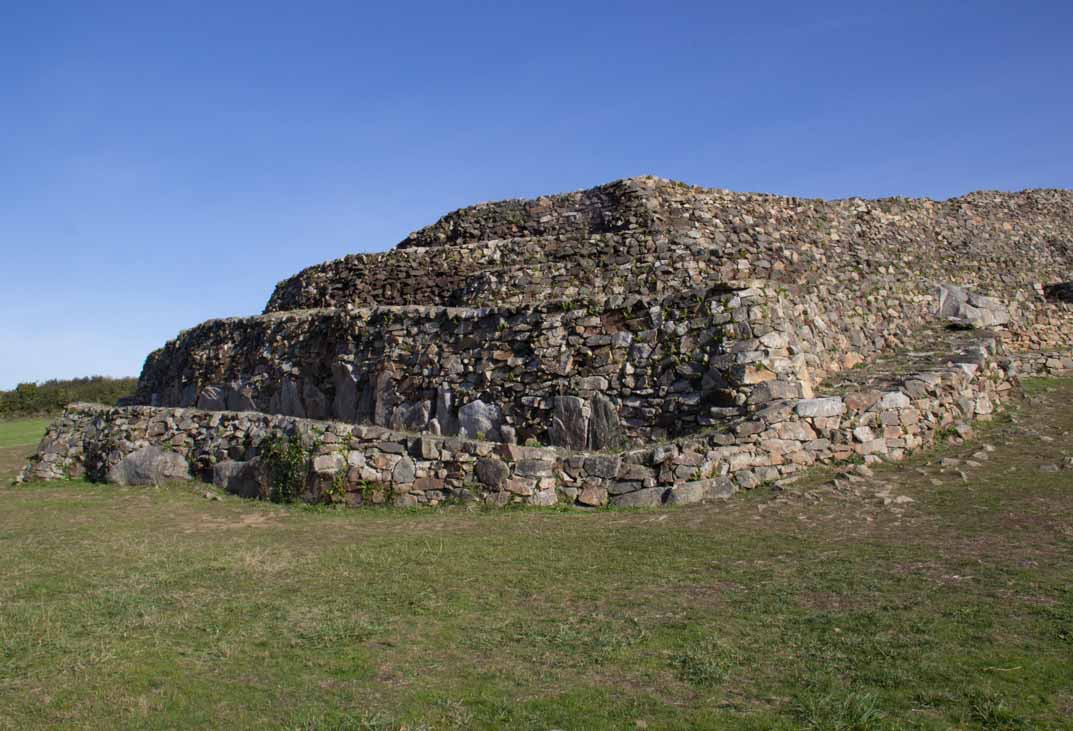 The Cairn of Barnenez (also: Barnenez Tumulus, Barnenez Mound etc; in Breton Karn Barnenez; in French: Cairn de Barnenez or Tumulus de Barnenez) is a Neolithic monument located near Plouezoc'h, on the Kernelehen peninsula in northern Finistere, Brittany (France). It dates to the early Neolithic, about 4,500 BC; it is considered one of the earliest megalithic monuments in Europe. It is also remarkable for the presence of megalithic art.

Today, the Barnenez cairn is a 72 m long, up to 25 m wide and over 8 m high. It is built of 13,000 to 14,000 tons of stone. It contains 11 chambers entered by separate passages. The mound has steep facades and a stepped profile. Several internal walls either represent earlier facades or served the stability of the structure. The cairn consists of relatively small blocks of stone, with only the chambers being truly megalithic in character. The monument overlooks the Bay of Morlaix, probably a fertile coastal plain at the time of its erection.

The 11 chambers of the Barnenez cairn are of the type known as Dolmen at couloir in French archaeological terminology. The term translates roughly as "passage grave". They are built of large slabs of slate and granite. Originally, all the chambers were entirely enclosed by the mound. The fact that several of them are partially exposed now is the result of modern quarrying.

Each of the 11 chambers is reached from the southeast via a long narrow passage (7-12 m long). They are arranged parallel to each other. Shapes and construction techniques differ slightly.

In nine cases, narrow passages lead to corbelled chambers. Normally, the corbel vault rests on orthostats, in one chamber it actually sits on the ground, forming a true tholos. The passages have slab-built or dry stone walls and are covered with slabs. One of the chambers has a dry-stone vaulted ante-chamber.

One cubic meter of the Barnenez cairn contains 1,500 kg of stone. It is estimated that the quarrying, fashioning, transport and construction of such an amount represents about four work days for a single worker (assuming a 10-hour day). The original monument, Cairn 1, had a volume of circa 2,000 cubic metres; it is built of 1,000 tons of granite and 3,000 tons of dolerite. It would thus have required 15,000 to 20,000 working days; in other words, it would have taken 200 workers three months to erect Cairn 1 alone. In its final form, the Barnenez mound is nearly three times as big as the first phase.

Engraved symbols occur in several of the chambers and passages. They depict bows, axes, wave symbols or snakes and a repeated U-shaped sign. One of the carved slabs is in secondary use; it was originally part of a different structure, an interesting parallel to the situation in several other such monuments, including Gavrinis. The symbols on the engraved blocks resemble those found in other megalithic monuments in Brittany; in broader terms they belong to the cultural phenomenon described as megalithic art. One of the recurring symbols is sometimes interpreted as an anthropomorphic depiction (the so-called "Dolmen Goddess"). Cairn of Barnenez