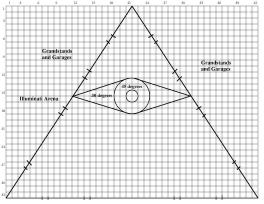 
The Illuminati is the name of many groups, modern and historical, real and fictitious, verified and alleged. Most commonly, however, The Illuminati refers specifically to the Bavarian Illuminati, perhaps the least secret of all secret societies in the world, described below. Most use refers to an alleged shadowy conspiratorial organization which controls world affairs behind the scenes, usually a modern incarnation or continuation of the Bavarian Illuminati. Illuminati is sometimes used synonymously with New World Order.

Illuminati is a Greek word meaning Illumination a name given to those who submitted to Christian baptism. Those who were baptized were called Illuminati or Illuminated / Enlightened Ones by the Ante-Nicene clergy, on the assumption that those who were instructed for baptism in the Apostolic faith had an enlightened understanding. The Alumbrados, a mystical 16th-century Spanish sect, were among the societies that subsequently adopted the name Illuminati.

Since Illuminati literally means 'enlightened ones' in Latin, it is natural that several unrelated historical groups have identified themselves as Illuminati. Often, this was due to claims of possessing gnostic texts or other arcane information not generally available.

The designation illuminati was also in use from the 14th century by the Brethren of the Free Spirit, and in the 15th century was assumed by other enthusiasts who claimed that the illuminating light came, not by being communicated from an authoritative but secret source, but from within, the result of exalted consciousness, or "enlightenment".

To the former class belong the alumbrados of Spain. The historian Marcelino Menendez y Pelayo found the name as early as 1492 (in the form iluminados, 1498), but traced them to a Gnostic origin, and thought their views were promoted in Spain through influences from Italy. One of their earliest leaders, born in Salamanca, a laborer's daughter known as La Beata de Piedrahita, came under the notice of the Inquisition in 1511, as claiming to hold colloquies with Jesus and the Virgin Mary; some high patronage saved her from a rigorous denunciation. (Menendez Pelayo, Los Heterodoxos Espa–oles, 1881, vol. V.). Ignatius Loyola, while studying at Salamanca in 1527, was brought before an ecclesiastical commission on a charge of sympathy with the alumbrados, but escaped with an admonition.

The movement (under the name of Illumines) seems to have reached France from Seville in 1623, and attained some following in Picardy when joined (1634) by Pierce Guerin, cure of Saint-Georges de Roye, whose followers, known as Gurinets, were suppressed in 1635. A century later, another, more obscure body of Illumines came to light in the south of France in 1722, and appears to have lingered till 1794, having affinities with those known contemporaneously in Britain as 'French Prophets', an offshoot of the Camisards.

A different class were the Rosicrucians, who claimed to originate in 1407, but rose into notice in 1614 when their main text Fama Fraternitatis appeared; a secret society, that claimed to combine the possession of esoteric principles of religion with the mysteries of alchemy. Their positions are embodied in three anonymous treatises of 1614 (mentioned in Richard and Giraud, Dictionnaire universel des sciences ecclesiastiques, Paris 1825), as well as in the Confessio Fraternitatis of 1615. Rosicrucians also claimed heritage from the Knights Templar.

Later, the title Illuminati was applied to the French Martinists which had been founded in 1754 by Martinez Pasqualis, and to their imitators the Russian Martinists, headed about 1790 by Professor Schwartz of Moscow; both were occultist cabalists and allegorists, absorbing eclectic ideas from Jakob Boehme and Emanuel Swedenborg.

A movement of freethinkers that were the most radical offshoot of The Enlightenment - whose adherents were given the name Illuminati (but who called themselves "Perfectibilists") - was founded on May 1, 1776 by Jesuit-taught Adam Weishaupt (d. 1830), who was the first lay professor of canon law. The group has also been called the Illuminati Order, the Order of the Illuminati, and the Bavarian Illuminati.In the conservative state of Bavaria, where the progressive and enlightened elector Maximilian III Joseph von Wittelsbach was succeeded (1777) by his conservative heir Karl Theodor, and which was dominated by the Roman Catholic Church and the aristocracy, such an organization did not last long before it was suppressed by the powers of the day.

In 1784, the Bavarian government banned all secret societies, including the Illuminati and the Freemasons. The structure of the Illuminati soon collapsed, but while it was in existence many influential intellectuals and progressive politicians counted themselves as members.

Its members were supposedly drawn primarily from Masons and former Masons, and although some Masons were known to be members there is no evidence that it was supported by Freemasons. The members pledged obedience to their superiors, and were divided into three main classes: the first, known as the Nursery, encompassed the ascending degrees or offices of Preparation, Novice, Minerval and Illuminatus Minor; the second, known as the Masonry, consisting of the ascending degrees of Illuminatus Major and Illuminatus dirigens, the latter also sometimes called Scotch Knight; the third, designated the Mysteries, was subdivided into the degrees of the Lesser Mysteries (Presbyter and Regent) and those of the Greater Mysteries (Magus and Rex). Relations with Masonic lodges were established at Munich and Freising in 1780.

The order had its branches in most countries of the European continent; its members were reportedly around 3,000-4,000 members in the span of 10 years. The scheme had its attraction for literary men, such as Goethe and Herder, and even for the reigning dukes of Gotha and Weimar. Internal rupture preceded its downfall, which was effected by an edict of the Bavarian government in 1785.

The Bavarian Illuminati have cast a long shadow in popular history thanks to the writings of their opponents; the lurid allegations of conspiracy that have colored the image of the Freemasons have practically opaqued that of the Illuminati. In 1797, Abbe Augustin Barruel published Memoirs Illustrating the History of Jacobinism outlining a vivid conspiracy theory involving the Knights Templar, the Rosicrucians, the Jacobins and the Illuminati.

A Scottish Mason and professor of natural history named John Robison started to publish Proofs of a Conspiracy Against all the Religions and Governments of Europe in 1798. Robison claimed to present evidence of an Illuminati conspiracy striving to replace all religions with humanism and all nations with a single world government.

More recently, Antony C. Sutton suggested that the secret society Skull and Bones was founded as the American branch of the Illuminati; others think Scroll and Key had Illuminati origins, as well. Writer Robert Gillette claimed that these Illuminati ultimately intend to establish a world government through assassination, bribery, blackmail, the control of banks and other financial powers, the infiltration of governments, mind control, and by causing wars and revolution to move their own people into higher positions in the political hierarchy.

Thomas Jefferson, on the other hand, claimed they intended to spread information and the principles of true morality. He attributed the secrecy of the Illuminati to what he called "the tyranny of a despot and priests".

Both seem to agree that the enemies of the Illuminati were the monarchs of Europe and the Church; BarruŽl claimed that the French revolution (1789) was engineered and controlled by the Illuminati through the Jacobins, and later conspiracy theorists have also claimed their responsibility for the Russian Revolution (1917), although the order was officially shut down in 1790. Few historians give credence to these views; they regard such claims as the products of over-fertile imaginations.

Several sources suggest that the Bavarian Illuminati survived, and perhaps even exists today. Conspiracy theorists highlight the link between the Illuminati and Freemasonry. It is also suggested that the United States' founding fathers - some being Freemasons - were rife with corruption from the Illuminati. Often the symbol of the all-seeing pyramid in the Great Seal of the United States is cited as an example of the Illuminati's ever-present watchful eye over Americans.

Very little reliable evidence can be found to suggest that Weishaupt's group survived into the 19th century. However, several groups have since used the name Illuminati to found their own rites, claiming to be the Illuminati. Such groups include the Grand Lodge Rockefeller of David Goldman (USA), Orden Illuminati of Gabriel Lopez de Rojas (Spain), and The Illuminati Order of Solomon Tulbure (USA).

Groups describing themselves as Illuminati say they have members and chapters (lodges) throughout the world.

About the time that the Illuminati were outlawed in Bavaria, the Roman Catholic Church prohibited its members from joining Masonic lodges, on pain of excommunication. This was done as a general edict, since the Church believed many lodges to have been infiltrated and subverted by the Illuminati, but was not able to accurately ascertain which ones. This rule was relaxed only in the late 20th century. Illuminati