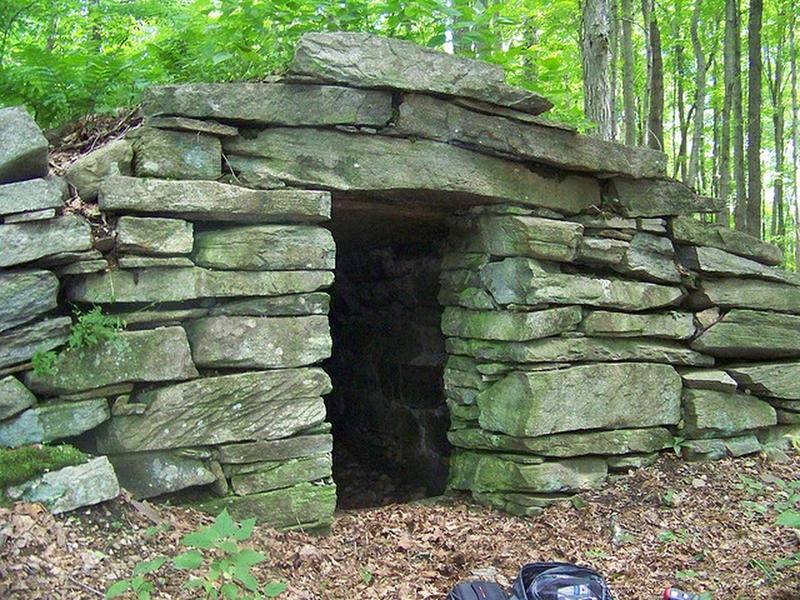 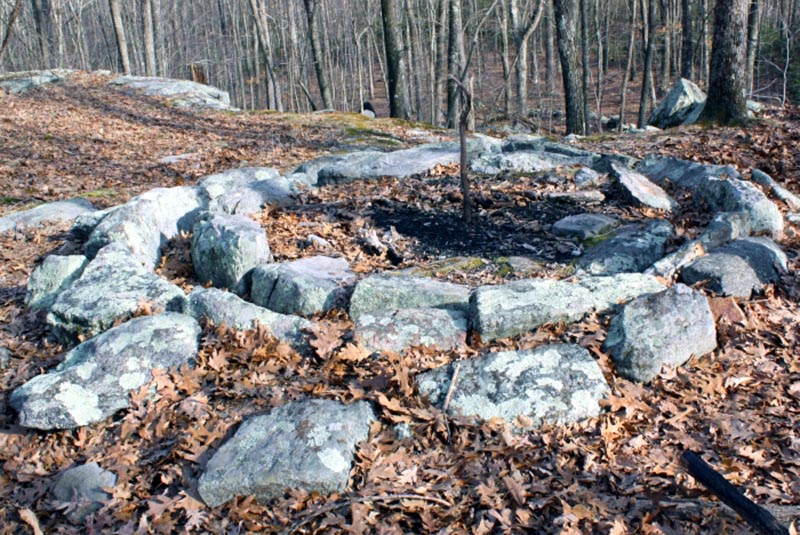 Probably the most intriguing archaeological site in Connecticut is located in Groton and is called "Gungywamp," thought to be an ancient Indian name, but actually ancient Gaelic meaning, "Church of the People."

Besides containing beehive chambers and petroglyphs, the Gungywamp site has a double circle of stones near its center, just north of two stone chambers. Two concentric circles of large quarried stones - 21 large slabs laid end to end are at the center of the site.

Extensive fire burning on some of the slabs is apparent which leads many to believe it was an ancient altar.

Nearby there are several large pillar stones and one boulder slab that have been carefully positioned along astronomical site lines.

The Gungywamp site has been carbon dated to 600 AD.

Visiting the Gungywamp site on the afternoon of September 21st, Dave Barron, the head of the Gungywamp Society, saw a sight that he would never forget. The setting sun cast a beam of light through the vent shaft at the back of the chamber. It moved down the east wall and spotlighted into the small beehive crypt near the entrance. This stone-lined tube was designed precisely to permit the Equinoctical sunset to fully penetrate the chamber’s dark interior on only two days during the year - March 22nd and September 21. The high density of garnet in the stones magnified the intensity of the sunlight entering the chamber. It certainly acts as a predictable calendar. Read more