The eighteenth dynasty of ancient Egypt (notated Dynasty XVIII) (c. 1550-c. 1292 BC) is perhaps the best known of all the dynasties of ancient Egypt. As well as boasting a number of Egypt's most famous pharaohs, it included Tutankhamun, the finding of whose tomb by Howard Carter in 1922 was a sensational archaeological discovery despite its having been twice disturbed by tomb robbers. The dynasty is sometimes known as the Thutmosid Dynasty because of the four pharaohs named Thutmosis (English: Thoth child).

Dynasty XVIII is often combined with Dynasties XIX and XX to form the New Kingdom period of ancient Egyptian history.

The pharaohs of Dynasty XVIII ruled for approximately two hundred and fifty years (c. 1550-1298 BC). The dates and names in the table are taken from Dodson and Hilton. Many of the pharaohs were buried in the Valley of the Kings in Thebes (designated KV). Several diplomatic marriages are known for the New Kingdom. These daughters of foreign kings are often only mentioned in cuneiform texts and are not known from other sources. The marriages were likely a way to confirm good relations between these states.

Dynasty XVIII was founded by Ahmose I the brother or son of Kamose, the last ruler of the Dynasty XVII. Ahmose finished the campaign to expel the Hyksos rulers.His reign is seen as the end of the Second Intermediate Period and the start of New Kingdom. Ahmose was succeeded by his son, Amenhotep I whose reign was relatively uneventful.

Amenhotep I probably left no male heir and the next Pharaoh, Thutmose I, seems to have been related to the royal family through marriage. During his reign the borders of Egypt's empire reached their greatest expanse, extending in the north to Carchemish on the Euphrates and up to Kurgus beyond the fourth cataract in the south. Thutmose I was succeeded by Thutmose II and his queen, Hatshepsut. She was the daughter of Thutmose I and soon after her husband's death, ruled for over twenty years after becoming pharaoh during the minority of her stepson, who later would become pharaoh as Thutmose III.

Thutmose III who later became known as the greatest military pharaoh ever, also had a lengthy reign after becoming pharaoh. He had a second co-regency in his old age with his son Amenhotep II. Amenhotep II was succeeded by Thutmose IV, who in his turn was followed by his son Amenhotep III. The reign of Amenhotep III is seen as a high point in this dynasty. Amenhotep III undertook large scale building programmes, the extent of which can only be compared with those of the much longer reign of Ramesses II during Dynasty XIX.


Akhenaten, the Amarna Period and Tutankhamun

Amenhotep III may have shared the throne for up to 12 years with his son Amenhotep IV, who would change his name to Akhenaten. There is much debate about this proposed co-regency. Some experts believe there was a lengthy co-regency, while others prefer to see a short one. There are also many experts who believe no such co-regency existed at all.

In the 5th year of his reign Amenhotep IV changed his name to Akhenaten and moved his capital to Amarna. During the reign of Akhenaten the Aten - the sundisk - first became the most prominent deity, and eventually the Aten was considered the only god. If this amounted to true monotheism continues to be the subject of debate within the academic community.

Some state that Akhenaten created a monotheism while others point out that he merely suppressed a dominant solar cult by the assertion of another, while he never completely abandoned several other traditional deities.

Later Egyptians considered the so-called Amarna Period an unfortunate aberration. The events following Akhenaten's death are unclear. Individuals named Smenkhare and Neferneferuaten are known but their relative placement and role in history is still much debated. Tutankhamun eventually took the throne and died young.

The last two members of the eighteenth dynasty - Ay and Horemheb - became rulers from the ranks of officials in the royal court, although Ay may have married the widow of Tutankhamun in order to obtain power and she did not live long afterward. Ay's reign was short. His successor was Horemheb, a general during the reign of Tutankhamun whom the childless pharaoh may have intended as his successor. Horemheb may have taken the throne away from Ay in a coup. He was impotent and thus also died childless and appointed his successor, Ramesses I, who ascended the throne in 1292 BC and was the first pharaoh of the Nineteenth Dynasty. 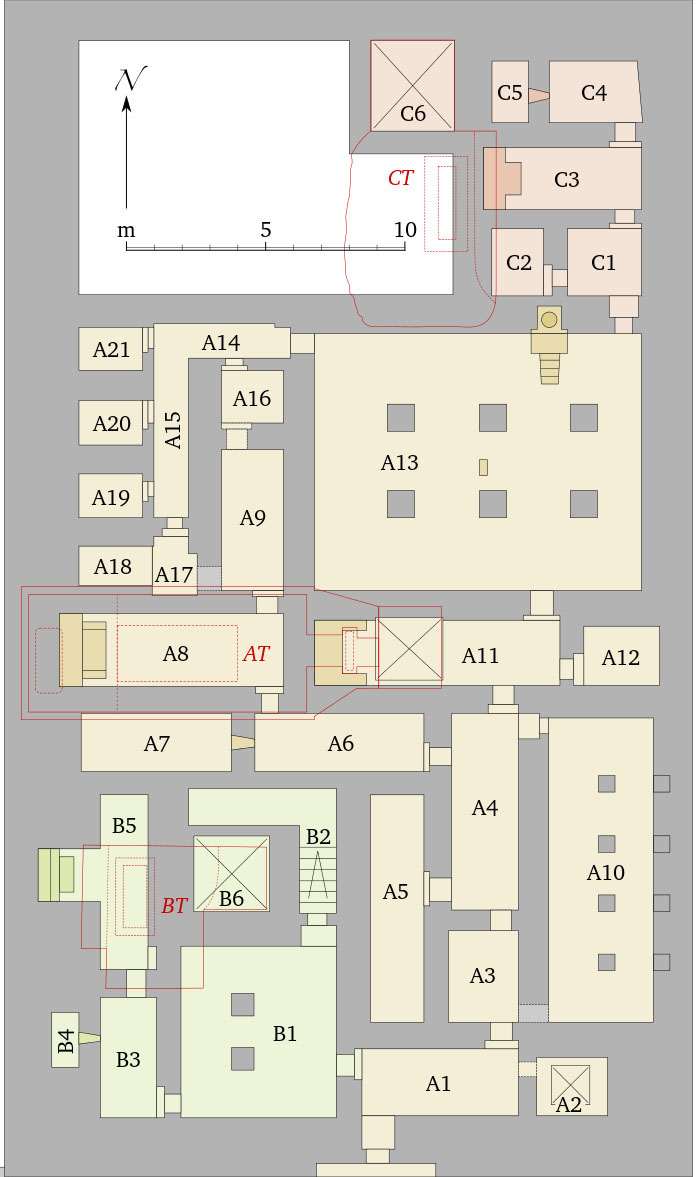 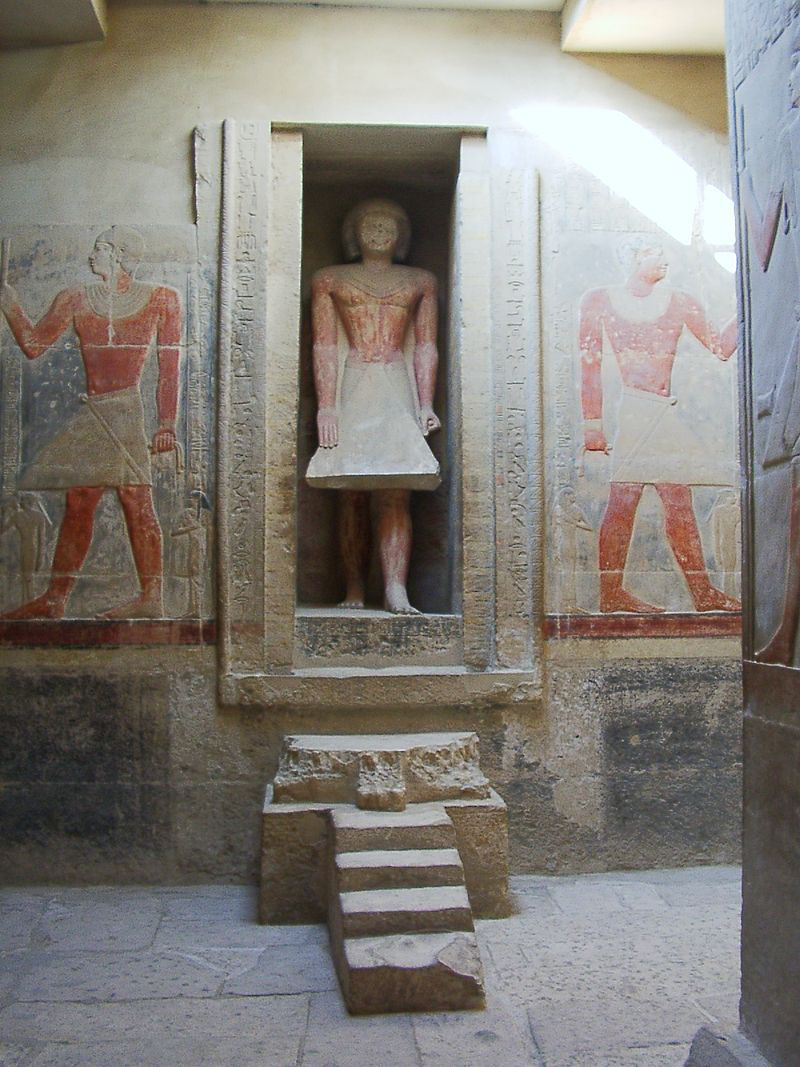 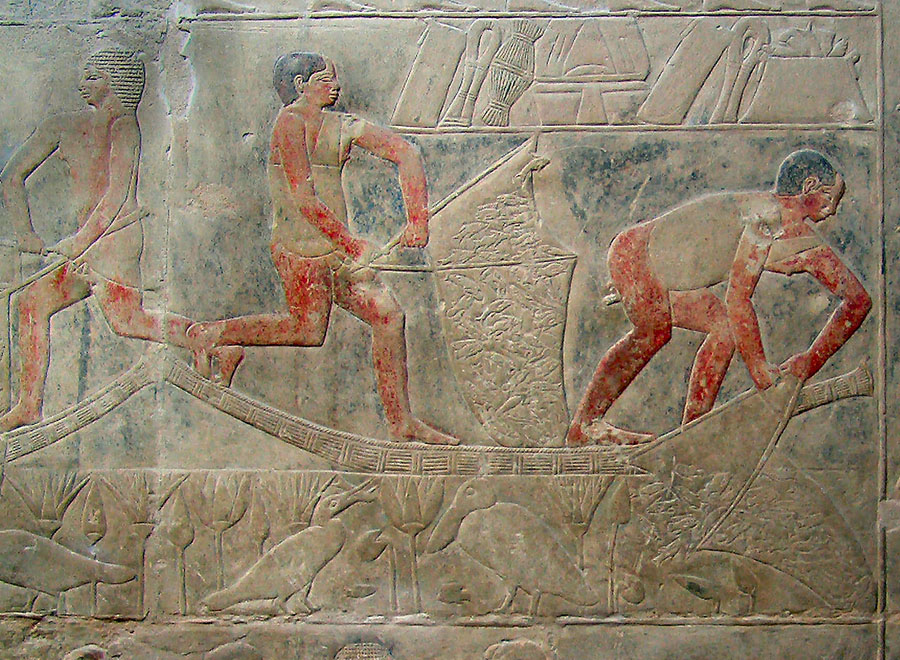 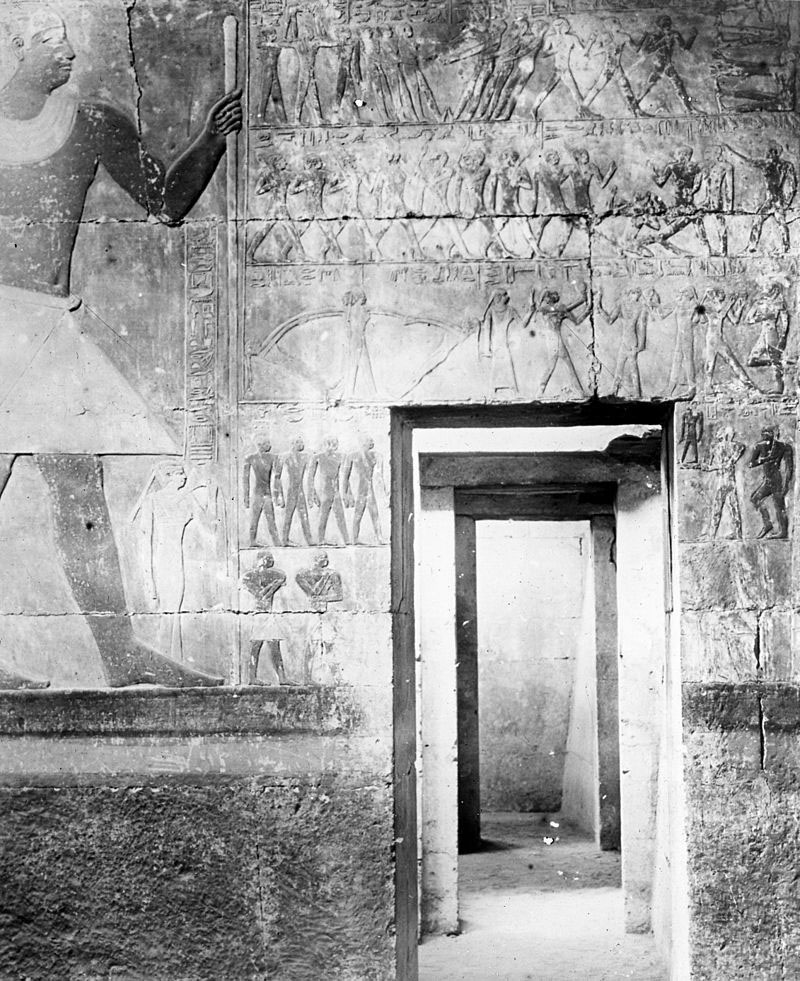 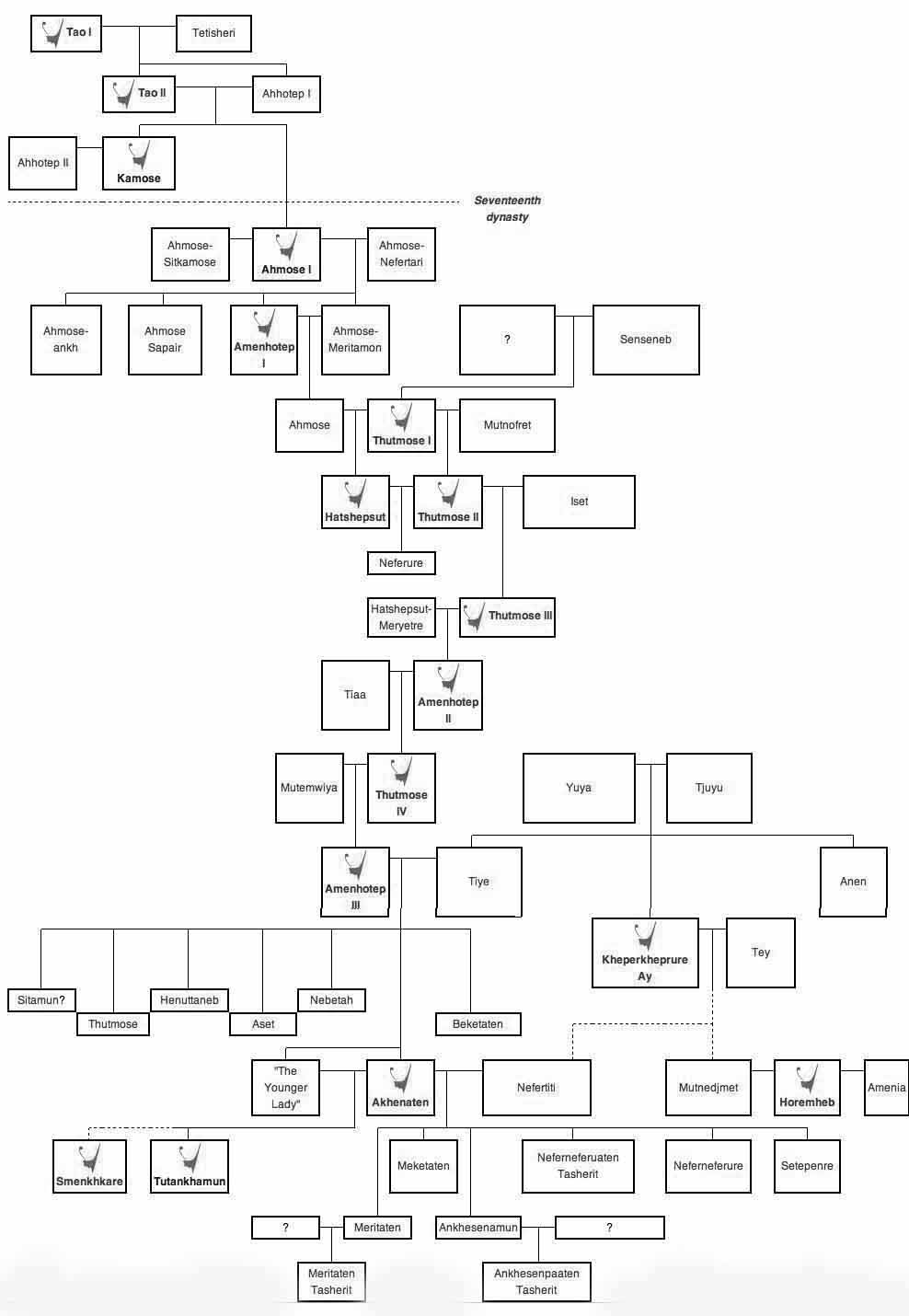 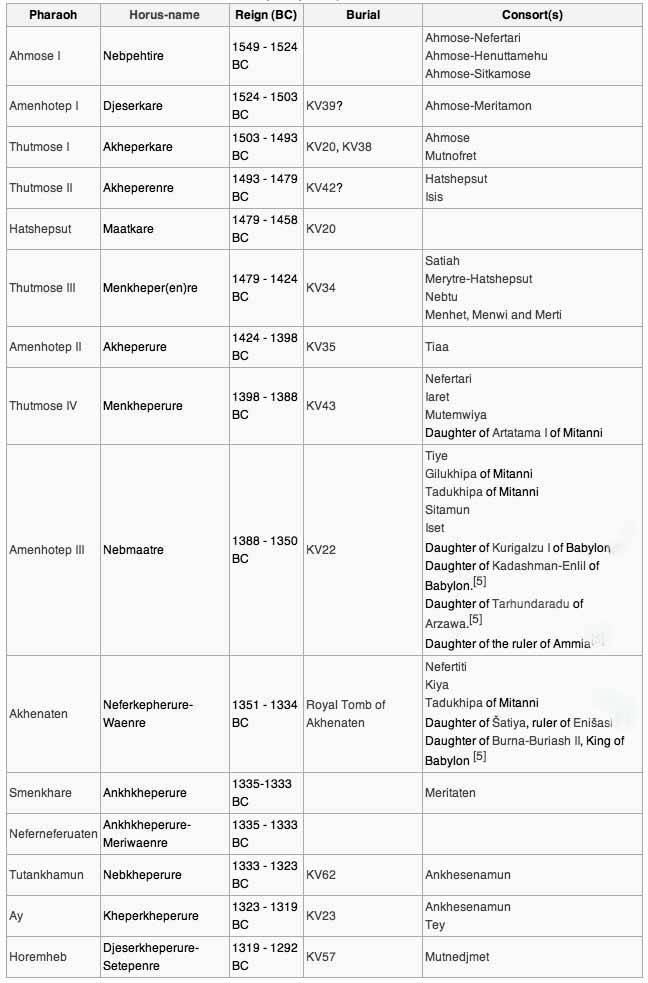