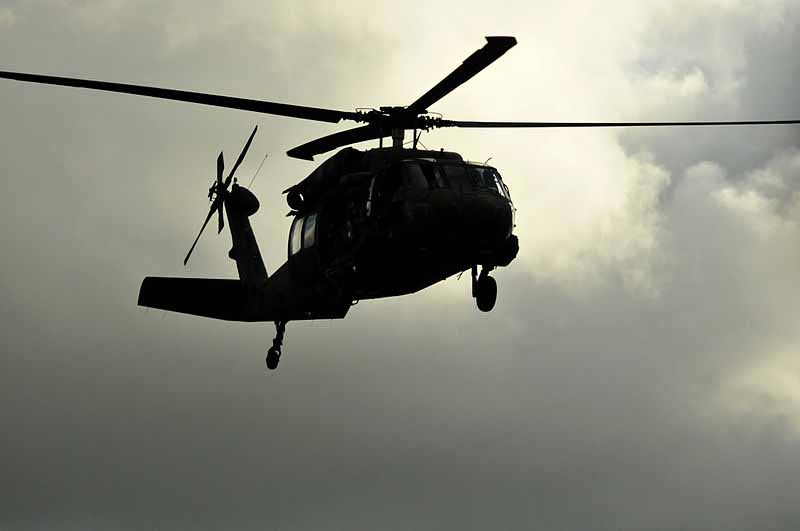 Many people have witnessed black helicopters overhead and have been conditioned to associate them with sinister government conspiracies. This probably is true but maybe not in all cases.

The black helicopter is a symbol of an alleged conspiratorial military takeover of the United States in the American militia movement, and has also been associated with UFOs, especially in the UK, men in black, and similar conspiracies.

Stories of black helicopters first appeared in the 1970s, and were linked to reports of cattle mutilation. It is possible that the idea originated in Hal Lindsey's book The Late, Great Planet Earth, published in 1970 and popular among conspiracy theorists. Lindsey conjectured that the locust-like creatures referenced in the Book of Revelation in the New Testament were actually helicopters, which John had never seen and thus did not know how to describe.

Media attention to black helicopters increased in February 1995, when first-term Republican northern Idaho Representative Helen Chenoweth charged that armed federal agents were landing black helicopters on Idaho ranchers' property to enforce the Endangered Species Act. "I have never seen them", Chenoweth said in an interview in The New York Times. "But enough people in my district have become concerned that I can't just ignore it. We do have some proof."

Believers in UFO conspiracy theories often claim unmarked black helicopters are seen in the vicinity of UFO sightings, the supposition being that the helicopters belong to an alleged secretive government department who cover up evidence of alien visits and UFOs from the general public.

The black helicopters conjecture resonates well with the belief held by some in the militia movement that troops from the United Nations might invade the United States. The John Birch Society published an article in The New American detailing how the existence of the covert aircraft was mostly the product of possible visual errors and a tendency towards overabundant caution. Continue reading