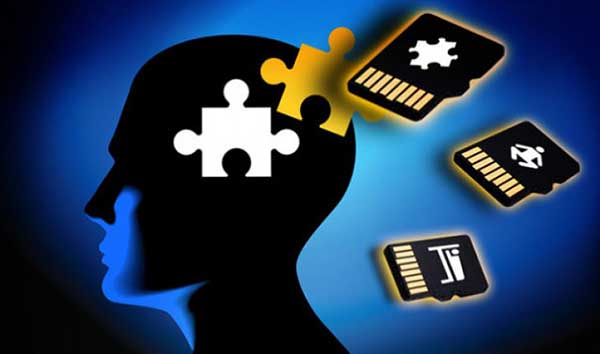 As people age - short term memory - or loss of focus - decreases. This is more physical than emotionally as reality is a state of mind (thought consciousness). Memory itself is a complicated phenomenon as we learn more about how the brain (computer) works.

Most people in my age group report these events about short-term memory. You walk into a room and forget why you went there. An idea comes to mind, you shift your thinking for just a second and that idea is gone - usually to return a minute or so later. Names of people are seemingly forgotten then recalled within a minute or two. The mechanical things are the easiest to forget because we don't really focus on them so if asked if you just did something, you have to rethink. Multitasking becomes harder so making lists is a good way to help remember. Short-term memory loss does not necessarily mean someone is suffering from dementia or Alzheimer's disease but there could be a correlation. Other things that affect short-term memory loss are brain tumors, chronic fatigue syndrome, medications, substance abuse, diet, and other brain injuries and diseases. One has to assume that as the illusion of time increases, memory decreases.

It might be a good idea keep a record of the events if they happen to you and how you can avoid them. Coping mechanism really help people. For example, before you go into another room, keep your focus solely on why you are going there.

Based on his behavior I wonder if Trump, 70, sometimes suffers from short-term memory loss. You can see it in his facial expressions (trying to focus) and body language when he talks. Then there's the plane incident last week involving actor Harrison Ford, 74, who landed on the wrong runway without realizing it, barely missing an American Airlines jet about to take off. I know many people in my age group who are not suffering from short-term memory loss yet, myself included, but who knows what tomorrow will bring.


The average span for letters was 7.3 and for numbers it was 9.3. The duration of short term memory seems to be between 15 and 30 seconds, according to Atkinson and Shiffrin (1971). Items can be kept in short term memory by repeating them verbally (acoustic encoding), a process known as rehearsal. Read more


Short-term memory (or "primary" or "active memory") is the capacity for holding, but not manipulating, a small amount of information in mind in an active, readily available state for a short period of time. The duration of short-term memory (when rehearsal or active maintenance is prevented) is believed to be in the order of seconds. Short-term memory should be distinguished from working memory, which refers to structures and processes used for temporarily storing and manipulating information. The idea of the division of memory into short-term and long-term dates back to the 19th century. A classical model of memory developed in the 1960s assumed that all memories pass from a short-term to a long-term store after a small period of time. This model is referred to as the "modal model" and has been most famously detailed by Shiffrin. The exact mechanisms by which this transfer takes place, whether all or only some memories are retained permanently, and indeed the existence of a genuine distinction between the two stores, remain controversial topics among experts. Read more


Brain cells show teamwork in short-term memory   Medical Express - March 6, 2017
Nerve cells in our brains work together in harmony to store and retrieve short-term memory, and are not solo artists as previously thought, Western-led brain research has determined. The research turns on its head decades of studies assuming that single neurons independently encode information in our working memories. Working memory is the ability to learn, retain and retrieve bits of information we all need in the short term: items on a grocery list or driving directions, for example. Working memory deteriorates faster in people with dementia or other disorders of the brain and mind.


Researchers identify human brain processes critical to short-term memory   Medical Express - February 20, 2017
This study is the first clear demonstration of precisely how human brain cells work to create and recall short-term memories. Confirmation of this process and the specific brain regions involved is a critical step in developing meaningful treatments for memory disorders that affect millions of Americans.Researchers found persistently active neurons in the medial frontal lobe as well as the medial temporal lobe. The neurons remained active even after the patient stopped looking at an image or object. Until now, the medial temporal lobe was thought to be involved only in the formation of new long-term memories. Now, however, the new findings show that both areas of the brain are critical for maintaining short-term memory and rely upon the ongoing activity of the neurons for memorization.