Workshop: The Lost Book of Nostradamus 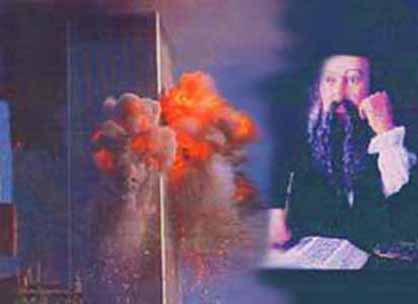 On Sunday, October 28, 2007, at 9:00 PM ET, the History Channel will present a two-hour special called "The Lost Book of Nostradamus." I am one of the guests who will be discussing 80+ pages of images and text, all of which enhance and link the prophecies of Nostradamus to unfolding events in this timeline.

On Saturday October 27, 2007, from 11:00 am - 5 pm, I will be teaching a workshop in my home to introduce all of the 80 watercolor images in the manuscript and discuss prophecy as well as the outcome and projections of Nostradamus. Somewhere in the manuscript we find the key! Become a detective during the workshop. Use the tools you have acquired on your journey, the metaphors and symbolism, to find his secrets and how the program will all turn out. Decipher the clues given in the images. Compare them to the Quatrains. Yes ... there is a surprise ending ... that I uncovered!

Forever a legend in his time and ours, as major changes play out, our reality program always seem to guide us back to words set in motion by Nostradamus 500 years ago. What metaphoric encrypted messages from the collective unconscious was Nostradamus ultimately trying to convey that would become part of humanity's consciousness in what prophets throughout history have considered the end of time? What does Nostradamus mean by the eighth cycle? What does he foresee for the church and religion in general?

As if synchronized with this event, we find another manuscript in the public eye as the Vatican Prints Secrets of Knights Templar. Read my blog on these connections on Ellie's World.

In 1994, Italian journalist Enza Massa was researching old texts in a library in Rome when she stumbled upon a mysterious manuscript called Nostradamus Vatinicia Code dating to 1629 and containing a series of never before deciphered prophecies. On the inside of the book was the name of the author, in indelible ink - Michel de Notredame - the prophet Nostradamus. The book contained cryptic, bizarre images that some say are prophecies of our future. This special will follow the trail of the manuscript, look into the life of Nostradamus, and culminate with scientific testing of the authenticity of this manuscript in conjunction with the National Library in Rome. A library card, filled out by Carthusian fathers, that was attached to the manuscript states that the images belonged to the French seer Nostradamus (1503-1566). This card indicates that the codex was brought to Rome by Nostradamus' son Cesar de Nostredame in order to be donated to cardinal Maffeo Barberini, who would later become Pope Urban VIII (1623-1644).

It has been thought that perhaps these drawings, which contain symbolic objects, letters, animals, crossings of banners, bugles, crosses, candles, etc., seeming to form figures similar to Roman numerals, or veiled references to last names, represent the succession of the Roman Popes. For example, Saint Pope Pius X (born Giuseppe Sarto) is depicted as a pontiff on a throne with a cloth held by angels in the background. As sarto is the Italian word for "tailor," the cloth is a visual pun on his surname. Likewise, Pope Pius VI (born Barnaba Chiaramonti), who was held captive in France by Napoleon and his revolutionaries, is drawn as a Pope in monkish vestments with a rose in one fist and a scythe in the other. A letter "B" is drawn in the nearby soil, with a clear view of mountains in the background (chiaramonti means "clear mountains").

The images may contain prophesies spanning a period of 400 years, beginning with the first decades of 17th century, and ending in the first decades of the 21st century. Some drawings seem to be references to historical events that affected the development of the papacy, such as the first, which indicates the approval of the rule of Saint Francis of Sales. There are images which have been linked to the French Revolution, to the conflicts between France and Spain for the control of the Vatican, and to the interval between World Wars I and II (the coat of arms of Pope Pius XI, Achille Ratti, is clearly depicted).

There also seem to be references to the Second Vatican Council, the war in Bosnia in 1994-1999, and, in a picture of a stubby tower wrapped in anthropomorphic flames, possibly a prophecy of the attack on the New York World Trade Center in 2001. Another image appears to show a kabbalistic proceeding: seated in front of a shield of a rione (a section of Rome) is a man with a very long beard, covering a book with a sheet with spaced holes, possibly representing the use of an inequal letter jump-extraction similar to those of the Kabbalah. For author Cesare Ramotti, Nostradamus' Kabbalah corresponds to the extraction sequence of 1-5-5-5, a code similar to that used by Jewish scholars in extracting "hidden meanings" from the Torah. Some images are extremely mysterious and may be linked to Nostradamus' quatrains. For example, one image shows one of the two unicorns, another an eel with a human head rising out of a lake.

Paypal or Credit Card Payment - Click link below, then email me with your name and phone number.

Payment is non-refundable, as seating is limited.