How Well do You Know Your Own Feelings? 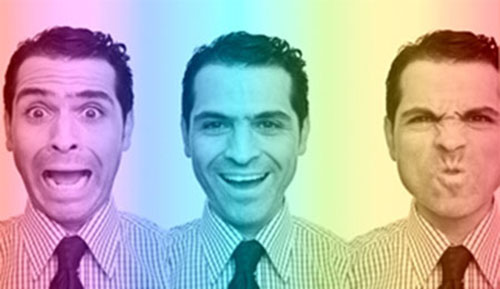 Many of us think we are good at emotional self-awareness, but often we're hopeless! We don't tend to think about it, but often those around us know it only too well - but they politely and with good intentions keep it to themselves to keep the peace. Meanwhile we wallow in our emotional ignorance.

For the most part we experience, process, and learn by observing the behavior and patterns of others. Some people can "step out of their own body" so to speak and observe their own emotions, while others seem to lack the ability to process and express emotions.


Alexithymia has to do with describing feelings to others. The core characteristics of alexithymia are marked dysfunction in emotional awareness, social attachment, and interpersonal relating. Individuals suffering from alexithymia also have difficulty in distinguishing and appreciating the emotions of others, which is thought to lead to unempathic and ineffective emotional responding.

Alexithymia is prevalent in approximately 10% of the general population and is known to be comorbid with a number of psychiatric conditions. Alexithymia is not classified as a mental disorder in the DSM-IV. It is a dimensional personality trait that varies in severity from person to person. Read more ...


How Well do You Know Your Own Feelings?   Epoch Times - September 15, 2014
I'm pretty good at recognizing the emotional states of others, but pretty poor when it comes to myself. Not always, but fairly often, I won't realize I'm angry, sad or even happy until after the event. I've gotten better as I've grown older, but my lack of awareness at times still amazes me. And I'm a shrink! To quote Oscar Wilde ... 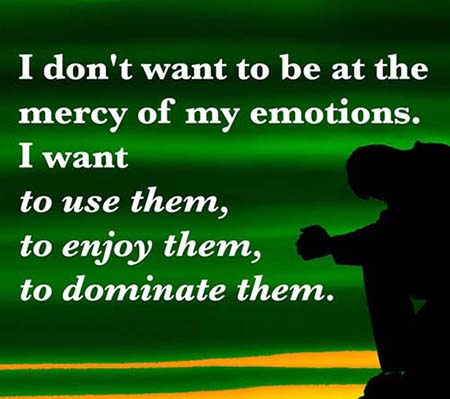 Part of the problem is the language we use - it's fairly inadequate for describing feelings. Someone recently asked me to describe fear; I struggled. It reminds me of trying to describe in words how to ride a bike - it's tedious, but if you watch someone riding it's obvious.

Feelings and emotions suffer the same fate. It takes a talented writer to describe something as simple as happiness. In a nutshell, feelings are our conscious subjective experience of emotion, and emotions are the complex mix of physiological, psychological and mental reactions we have to events.

Scientists argue (don't they always?) about the number of basic emotions we experience - they use the analogy of colors (primary and secondary). Mostly they argue for about 6 to 10 primary emotions - happy, surprised, disgusted, sad, angry, scared etc - and then describe the rest as secondary, meaning a mix of some of the primary feelings. So contempt is a mixture of anger and disgust.

There is a term for being unable to describe emotions - alexithymia - it's a Greek word usually translated as "no words for feelings." It doesn't mean you don't feel the emotion, it just means you can't recognize it and put it into words. We're all alexithymic to a degree, but some of us more so than others. Alexithymia isn't a diagnosis, it's more thought of as a personality trait - the degree to which you can recognise and describe your feelings.

People who are alexithymic usually don't realize it.

Some psychological and neurological problems have a degree of alexithymia as a feature - autism is the obvious example, but there are others. Some people have dropped the term and use more modern equivalents like psychological mindedness or emotional intelligence.

When you start looking for alexithymia you see it everywhere. Sad people looking perplexed and lost and unaware. Scared people not being able to articulate the source of their discomfort. To people who are good with emotions it seems ridiculous; they just can't understand how some of us could not know what we are feeling.

Is there any point in being able to describe emotions in words? The emotion still does the job whether you can describe it or not. Fear makes you ready for action (the fight-flight response), being happy makes you feel good - both whether you know it intellectually or not. The only real benefit of having the words is to help you communicate your feelings to others and help you stop and take note of your own internal state. 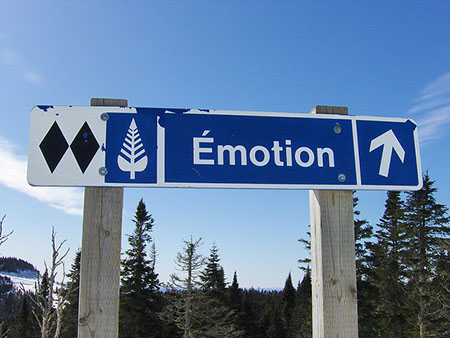 The even trickier question is why we have emotions in the first place. If you're a believer in a higher power, you might think they were created to add color and meaning to our existence.

If you're an evolutionary scientist (my sympathies lie here) you'll talk about the survival advantage. Emotions help us survive, they are our reaction to our environment, and they prepare us for some sort of action.

Love is obviously necessary to attract individuals to each other, which leads to sex, children and passing on our genes. Anger erupts when we don't like something, and spurs us to change the behaviors of others - to create an environment where we feel more comfortable and safe.

Sadness is challenging - it makes us review our own situation and try to improve it, it changes our perspective of the world around us, and it probably encourages others to help us. But it can also spiral out of control, and cause harm. Fear and anxiety are similar in this way - a little and we perform better at most tasks from exams to sports, but too much and our performance drops away.

Emotions are also contagious - if you are around happy people you'll feel happier, angry people and you'll feel angrier, etc. In some ways emotions keep us all in sync - they organize individuals to act in unison.

I doubt we'd have a community at all if it weren't for emotions. Without emotions we'd all act selfishly. Our intelligence alone wouldn't keep us acting in the interests of the greater good - we need emotions. When we feel guilt it's usually because we've acted in some way that isn't of benefit to the people around us.

You only have limited control over your emotions; you can train yourself to moderate emotions, but the effort is huge. The old "count to ten before you speak when you're angry" strategy takes enormous effort and practice. Recognizing when you are sad, analyzing why and acting to change is sometimes unattainable.

Should We do More to Explore Our Emotions?

Given emotions are so central to everything we do - why don't we do more to understand our feelings?

In some dark corners of culture, like the macho male world, we purposefully downplay or try to ignore our emotions - acting on or acknowledging feelings is considered a sign of weakness.

I can see the benefit of this in certain situations - situations where we don't want people to act or behave according to their own will - like in war where each soldier is acting as an instrument of their commander. But these situations are limited.

More or less, the quest to improve our understanding of our emotional state adds color and meaning to our existence. In fact I think wisdom is the combination of knowledge gained over time plus intelligence plus emotional awareness. And don't we all aim to become wise - eventually?