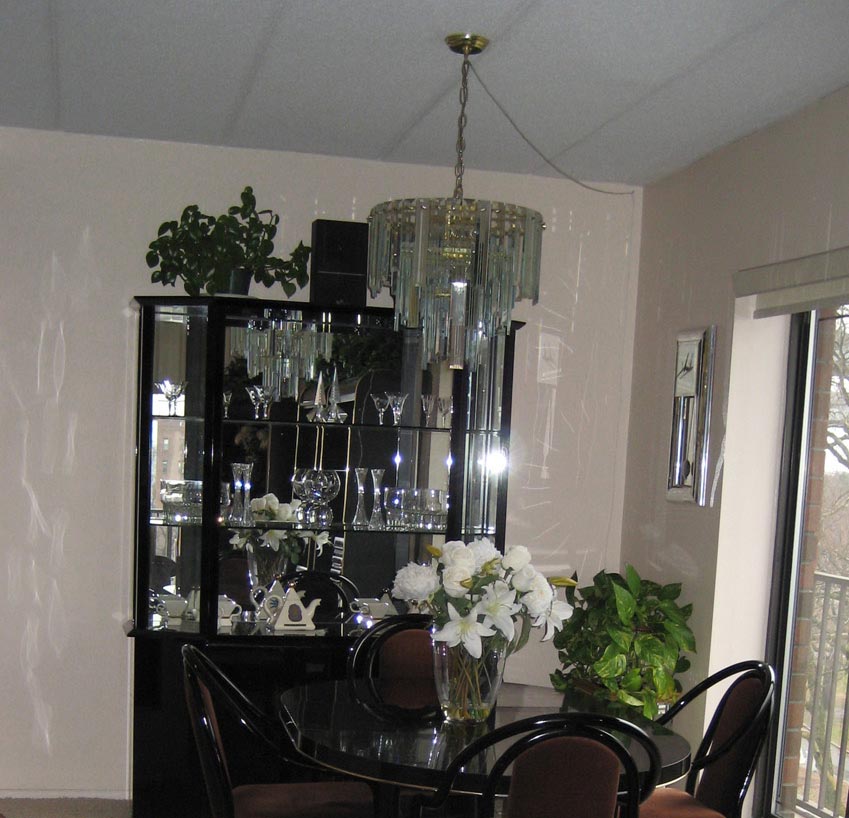 Something unusual happened while I was reading a client this afternoon. He's single, Italian, 43, psychic, and works as a sales representative in New York City, having an MBA.

The same issues and decisions that have confronted him for years - involving job, family, and his current relationship - all need to change. He has put things off, but now it's starting to affect his health, leaving him very worried.

Karma kept him tied to the family home. Attempts to leave and move on his own resulted in extreme feelings of guilt. Change not only became difficult, but at this point was starting to immobilize him. [Adult children, who are parental caretakers, often struggle with the same issues. They want freedom and privacy.]

As he and I discussed his finally leaving home ... a strange thing happened. The breakfront in my dining room started to shake. Whoa ... At first we thought there was an earthquake it was so strong, but the energy was localized to the breakfront behind him, his chair not touching it.

Then we thought perhaps his deceased father was acknowledging that he needs to make change because as I saw him enter the room and he introduced himself to me. No ... it was not Anthony, who deceased 20 years ago. I was actually surprised he showed up after that long. Most spirits go off to the collective unconsciousness and never return to this part of the hologram.

It took me no time to realize it was my client's telekinetic energy, triggered by his emotions, that was shaking the breakfront. He is normally not telekinetic, nor am I.

Once realized, we put our discovery to the test. Discussion of neutral topics had no effect on the breakfront - only those that were emotionally charged - resulting in some really serious sudden movements that made us laugh.

So there it was ... his emotions out of control yet acknowledging he was going to make the necessary changes. His old programming was ending - his new programming activated. What a way to go! Luckily I record my sessions so it's all there. Another fun reading at Ellie's house on the other side of the bridge.