The show takes place from 1944 to 2002 and follows the lives of three families; the Crawfords who seek to cover-up the Roswell crash and the existence of Aliens, the Keys who are subject to frequent experimentations by the Aliens, and the Clarkes who sheltered one of the surviving Aliens from the crash. As a result of the decades-long storyline, not a single actor or character appears in every episode of the series. Reception was positive, and the series won an Emmy Award.

Taken spans five decades and four generations, and centers on three families: the Keys, the Crawfords, and the Clarkes. Nightmares of abduction by extraterrestrials during World War II haunt Russell Keys; the Roswell incident transforms Owen Crawford from ambitious Air Force captain to amoral shadow government conspirator; and an alien visitor impregnates an unhappily-married Sally Clarke. As the decades go by, the heirs of each are affected by the machinations of the aliens, culminating with the birth of Allie Keys, the final product of the aliens' experimentation and the key to their future. 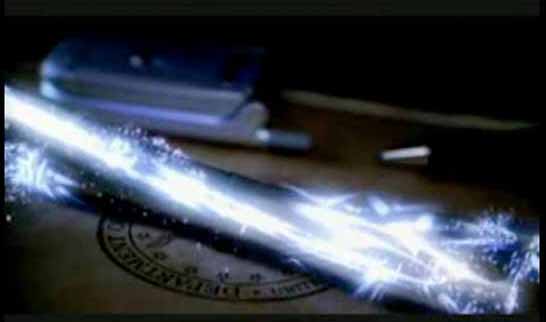 The "Artifact" is a mysterious device connected to the aliens. The Artifact was initially on one of the alien ships flying over Earth in 1947, but the ship collided with a weather balloon and crashed, and most of its crew died. The Artifact itself was thrown clear of the ship and left half-buried in the ground. It was found and retrieved by Sue, a local woman who was the estranged girlfriend of ambitious Air Force Captain Owen Crawford. Sue, seeing the small scrap of metal had alien writing on it and hoping it would rekindle her relationship with Owen, takes it to him. Owen, who is being phased out of the investigation into the crashed alien spaceship (which itself was retrieved), brutally murders Sue and takes the Artifact. Owen then shows the Artifact to his superior, Colonel Thomas Campbell, and blackmails him into promoting him to Major and making him head of the Roswell UFO Investigation Project.

Over the next 50 years, the Artifact remains in the possession of the Crawford family, and acts as the guide to each member's efforts to understand the aliens' mission on Earth.

The Artifact's true nature isn't revealed until 2001, when the head of the Project, Mary Crawford, discovers new writing is still being formed on the Artifact's surface. This reveals to the government that the Artifact is the recording device of the aliens' great genetic experiment: to create a hybrid being possessing the aliens' powers and more-evolved consciousness as well as humankind's emotional core, which will lead them to the next step in their evolution. It has been continuously recording the events of the aliens' experiments over the decades since its arrival on Earth.

When the hybrid Allie Keys departs with the aliens, the Artifact is teleported away with them.

In this scene we see 9 year old Allie Keys who is 1/4 alien - the product of a biogenetic experiment on Earth - saying good-bye to a gray alien named John - in human form. In the backstory John's UFO crashed in the 1947 Roswell incident. Allie's grandmother nursed him back to health and they fell in love. Allie's grandfather was conceived from their union. He in turn fathered Allie's Mother who was later taken aboard a UFO where a union with Allie's human father produced Allie. John led the biogenetic experiment culminating with the birth of Allie Keys, the final product of the aliens' experiment and the key to their future. In the film clip above - having just found each other - Allie wants John to stay but he cannot or he will die. As Allie's alien genetics have already caused her health issues she quickly realizes she must return with John to find her destiny.