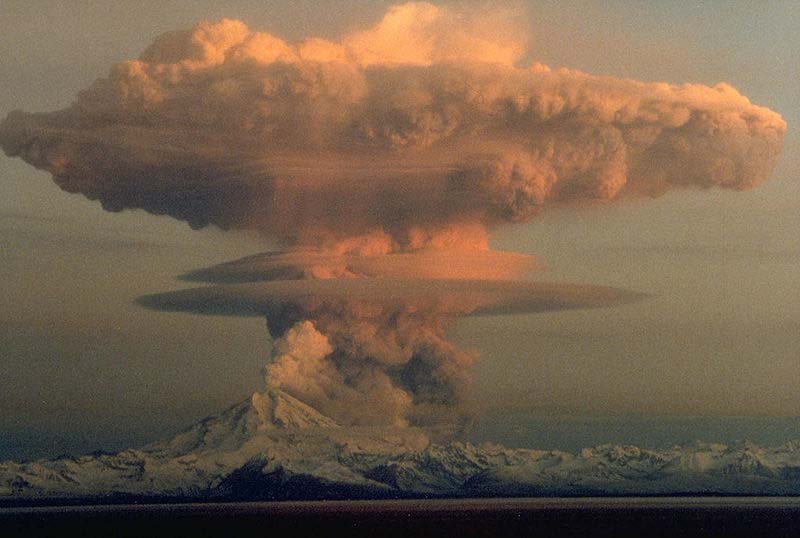 Supervolcano is the popular term for a large volcano that usually has a large caldera and can potentially produce devastation on an enormous, sometimes continental, scale. Such eruptions would be able to cause severe cooling of global temperatures for many years afterwards because of the huge volumes of sulfur and ash erupted. They are the most dangerous type of volcano. A supervolcano is capable of producing a volcanic eruption with ejecta greater than 1,000 cubic kilometers (240 cubic miles). This is thousands of times larger than most historic volcanic eruptions.

Volcanologists and geologists do not refer to "supervolcanoes" in their scientific work, since this is a blanket term that can be applied to a number of different geological conditions. Since 2000, however, the term has been used by professionals when presenting to the public. The term megacaldera is sometimes used for calderas with supervolcano characteristics, such as the Blake River Megacaldera Complex in the Abitibi greenstone belt of Ontario and Quebec, Canada. Eruptions that rate VEI 8 are termed "super eruptions".

Supervolcanoes occur when magma in the Earth rises into the crust from a hotspot but is unable to break through the crust. Pressure builds in a large and growing magma pool until the crust is unable to contain the pressure. This kind of eruption is typically sufficient to cause a long-lasting change to weather (such as the triggering of an ice age) sufficient to threaten the extinction of species, and cover huge areas with lava and ash.

Eruptions resembling supervolcanoes have been identified by the Voyager spacecraft on the moons of Jupiter and Saturn. The outer solar system volcanoes are mostly cryovolcanoes, not magma volcanoes. Theoretically a supervolcano could be a cryovolcano, but none has been found within the solar system so far. Supervolcano - Read More 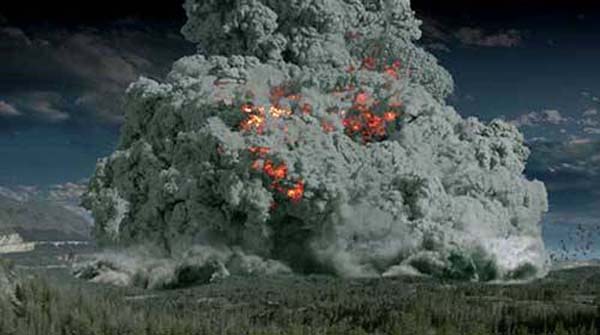 Can we predict when the next super volcano will blow? 'Tipping point' in magma that triggers explosive eruptions is discovered by scientists   Daily Mail - December 13, 2017
In 79 AD, Mount Vesuvius erupted and buried the ancient city of Pompeii beneath several tonnes of molten lava and hot ash. The loss of life and destruction was catastrophic and remains one of the most infamous natural disasters ever seen. Since then, scientists have been trying to predict when the next super eruption might occur. Now, a new study has revealed that by looking at the chemical make-up of the magma, researchers could predict just how explosive a volcano could be.


'Supervolcano' forming near New Zealand   Stuff.co.nz - February 13, 2013
A "supervolcano" forming deep below the Earth's crust north of New Zealand, will have the power to destroy the world, but scientists are urging people not to worry - it could be 100 million years away. University of Utah seismologist Michael Thorne has been studying seismic waves beating through the Earth's crust, and says the ingredients are there for a "cataclysmic" eruption.


New Supervolcano Found in Hong Kong   National Geographic - September 6, 2012
Much of Hong Kong and its Victoria Harbour, including this rocky islet, lies atop the remnants of an ancient supervolcano with an 11-mile (18 kilometer) wide caldera, Chinese authorities revealed last week. But even though the volcano has produced some gigantic eruptions, it poses no risk to today's millions of Hong Kong residents. It's been extinct since it last erupted and largely collapsed into the ocean 140 million years ago, Hong Kong's Geotechnical Engineering and Development Department said.