Sikhim was founded over 500 years ago. It preaches a message of devotion and remembrance of God at all times, truthful living, equality of mankind and denounces superstitions and blind rituals. Sikhism is open to all through the teachings of its ten Gurus enshrined in the Sikh Holy Book and Living Guru, Sri Guru Granth Sahib. Sikhism is an Indian religion combining Islamic and Hindu elements, founded in the Punjab (Panjab) in the late 15th century AD by Nanak. 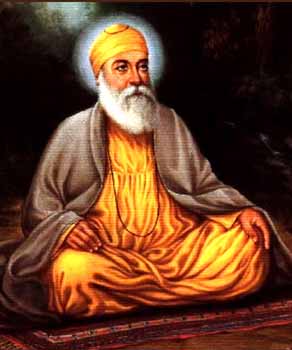 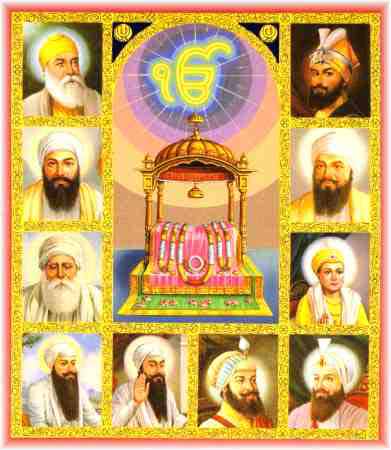 The writings of the early Gurus were compiled in the Adi Granth, the Sikh sacred book, by Arjun (1563-1606), the fifth Guru. After Arjun's execution by the Mughal emperor, the Sikhs began to change from a pacifist to a militant sect, a process that culminated under the 10th Guru, Gobind Rai (1666-1708). It was he who founded the fraternity known as the 'Khalsa' (Pure), which has remained the principal Sikh order. Its members adopted the additional name Singh (Lion) or Kaur (Lioness) and observed a strict discipline.

Gobind Singh (as Gobind Rai was renamed) lost all his four sons in his lifetime and declared the succession of Gurus at an end. He invested the Adi Granth (or Granth Sahib) as the immortal Guru of the Sikhs and also compiled his writings in the Dasam Granth. After virtually destroying the Muslim landed class in the southern Punjab and defying domination for some eight years, Gobind Singh's successors fell to savage persecution by the Muslim governors of the region.

This situation eased with successive invasions by Persians and Afghans in the mid-18th century. The Sikhs, who had kept out of the way of the invaders, organized themselves into 12 misls, or militias, each with its own sphere of operation. The misls built chains of forts and collected protection money from towns and villages. It was the absorption of the misls under Ranjit Singh (1780-1839) that led to the formation of the Sikh state of the early 19th century. After the death of Ranjit Singh, however, the state rapidly disintegrated into anarchy.

The British, apprehending hostilities, began to move their forces to the Punjab frontier, and there followed what are known in English history as the Sikh Wars of 1845-46 and 1848-49. After the Sikh defeat, the Punjab was annexed to British India. Sikhism under British rule was characterized by several factional movements, some violently political.

The Singh Sabha movement, which enjoyed the patronage of English administrators and which stimulated European scholarly interest in the religion, was essentially educational and literary. Anglo-Sikh relations were closest during World War I, when many Sikhs fought with distinction in the British army. Cooperation diminished considerably after the British massacre of unarmed civilians at Amritsar in 1919.

British relinquishment of power in India was accompanied by the partition of the country; the western part of the Punjab became Pakistani territory, the eastern part Indian. The Sikhs left in Pakistan (about 2,500,000) moved to India and in turn ejected Muslims living in East Punjab. This mass exchange of populations was accompanied by extreme violence and heavy loss of life. Most of the refugee Sikhs were resettled in East Punjab; in many districts bordering on Pakistan the Sikhs came to form a majority of the population. In subsequent decades the Sikhs turned the Punjab into a highly productive agricultural area that became known as the breadbasket of India, and Sikhs also achieved prominence in the Indian business community and in the military.

Their success emboldened some Sikhs to seek autonomy within the greater Indian federation and even to agitate for the creation of a separate Sikh nation in the Punjab. Violence consequently erupted between Sikh extremists and the Indian government, climaxing in the assault by the Indian army on the Harimandir (Golden Temple) of Amritsar, the Sikhs' holiest shrine (June 1984), and the Sikhs' assassination of Prime Minister Indira Gandhi (October 1984).

In the following years the Sikh community was disrupted by the terrorist activities of Sikh extremists, whom the Indian government continued to try to suppress. The Sikh religion is an amalgam of the Muslim faith and Hinduism, simply and clearly expressed in the Panjabi language. There is one God, who is not represented by idols or images. Man should serve him by leading a good life in obedience to his commands and by prayer, in particular by repeating the name of God, until, after his soul has passed through various existences by transmigration, he ultimately becomes one with God. There is no professional Sikh priesthood: adults of either sex are eligible to carry out religious ceremonies, which consist largely in the reading of the Granth.

The place of worship is the gurdwara, the chief example being the Harimandir, which was founded by Guru Arjun, several times destroyed, and finally rebuilt by Ranjit Singh. Sikhs keep the Hindu festivals by performing ceremonies in the gurdwaras, and they also celebrate festivals on their own holy days (e.g., the birthdays of some of the Gurus) by taking the Granth in procession through the streets. Sikh boys and girls are initiated into the Khalsa at puberty.